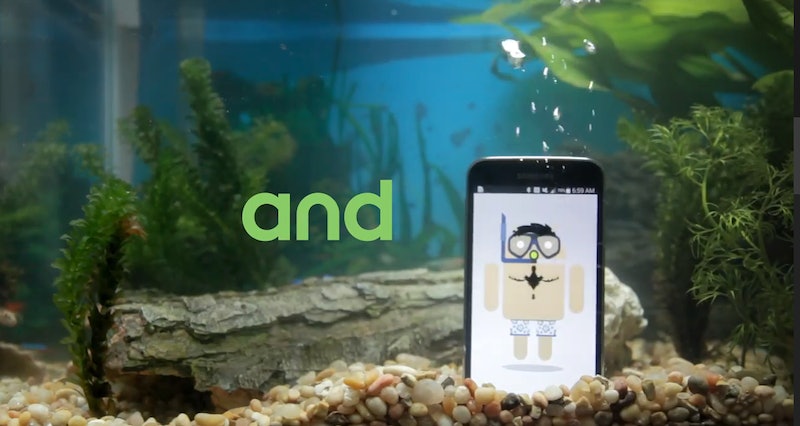 If that new Android TV ad leaves you with the urge to jump off of your couch and set up a game of beer pong on the nearest flat surface, that doesn't make you a weirdo. It's the music, my friend. It’s totally natural to feel that way when that lil ditty makes its way into your ears. The party anthem wields serious party power. The song in the Android commercial is Andrew W.K.'s "Party Hard", and it can be found on his 2001 debut album I Get Wet.

Uff da, few songs take me back to my college years quite like "Party Hard" does (...she said wistfully, as though she went to college a century ago). But it doesn't make me think of flip cup, cannonballing into a swimming pool fully-clothed, or any other PARTAAAAY shenanigans. Instead, it reminds me of driving to speech and debate tournaments at 5:45 in the morning. [Pushes glasses up at bridge.] One of my best friends/teammates was obsessed with I Get Wet, and he would fire it up on the rental van stereo as we drove to whatever college we were competing at that weekend. Yup, I associate this party song with wearing a mint green skirt suit, chugging crappy motel coffee, and stressing out over the changes I made to my speeches the night before. PRETTAY KEWL, HUH?