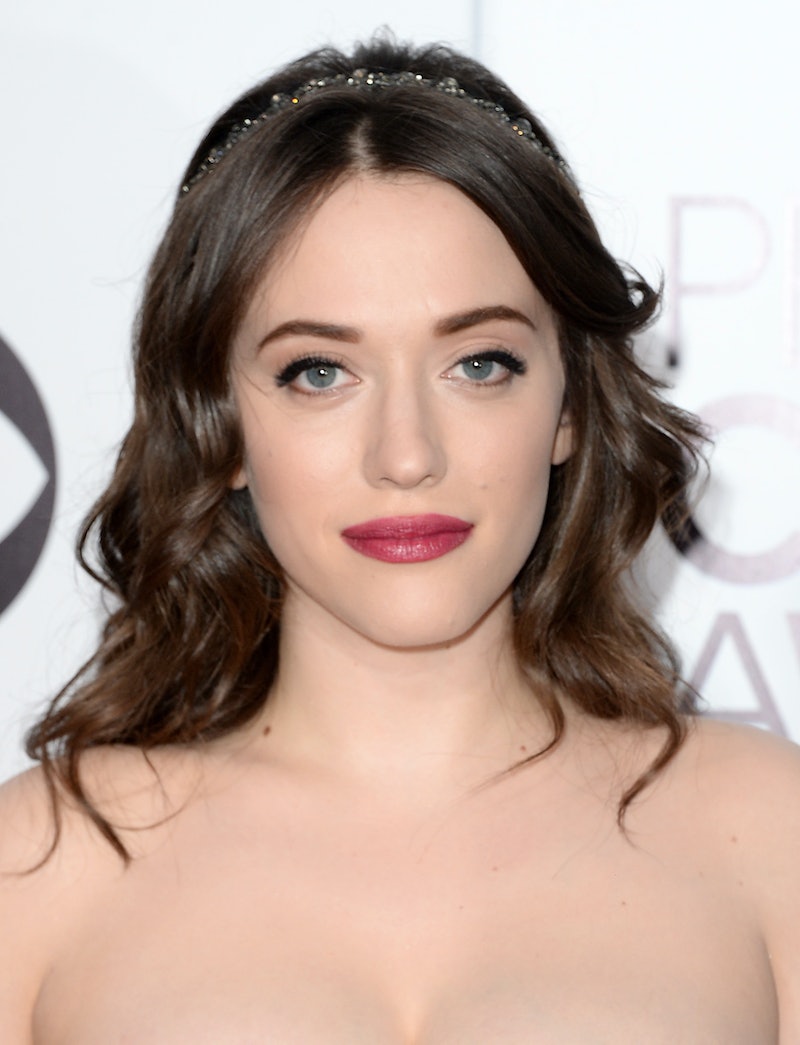 I wish I liked 2 Broke Girls because I adore Kat Dennings. On Wednesday night, Kat Dennings got spooky on Conan and revealed her past that is right out of a Stephen King novel, describing her childhood as "dark and tortured." OK, now you're talkin' my language, Kat. Can't we all describe our awkward youth as dark and tortured? Especially if you are (and were as a teen) as melodramatic as moi.

Dennings grew up in Pennsylvania, and when prompted by Conan O'Brien about what exactly was so strange and unusual about her childhood, Dennings said, "I lived in a nice house with a nice family in the woods. There were deer. There were no other neighbors. There was weather." Well, there's your answer, Dennings. The woods is a spooky, creepy place (or as we say on the Internet, spoopy and creppy), and it sounds like you were raised in an Edgar Allen Poe story.

I wasn't so consumed with darkness in my middle school years as I was with an exceptionally emo lifestyle, because eighth grade was difficult. But Dennings' confessions and total embrace of her funny phase makes me feel better. Not that anyone should be embarrassed about anything they did in their adolescence because it's a whirlwind of hormones and horrible, but I mean, we all harbor a little shame because we were probably ashamed at the time.

The 28-year old actress also brought along a relic from her Dark Times — a poem she unearthed from her parents' house that she wrote when she was all but eight years old. She'd Instagrammed it a few months earlier. OBSERVE:

Regardless of the spelling errors, it's a pretty sophisticated rhyme scheme and expression of ennui from young Dennings. Conan wanted to know how her parents reacted to her Wednesday Addams inclinations. She responded, "They didn't care. I was their fifth child. They were like, 'You do what you want to do. You're fine.'" I am envious. My parents were not so understanding of my melodrama (which I still maintain). There's perhaps no more important time for kids to express all their strangeness and work through it than childhood and adolescence. All the embarrassment and fluid phases are what make youth awful and magical at the same time. Dennings sharing her own childhood fantasies makes me want to run home to my parents house and sift through all my cringe-worthy diaries with a new eye to really laugh at my hilarious younger self.

Bonus: to see a photo of a goth fabulous Halloween costume that Dennings once wore, watch the interview: