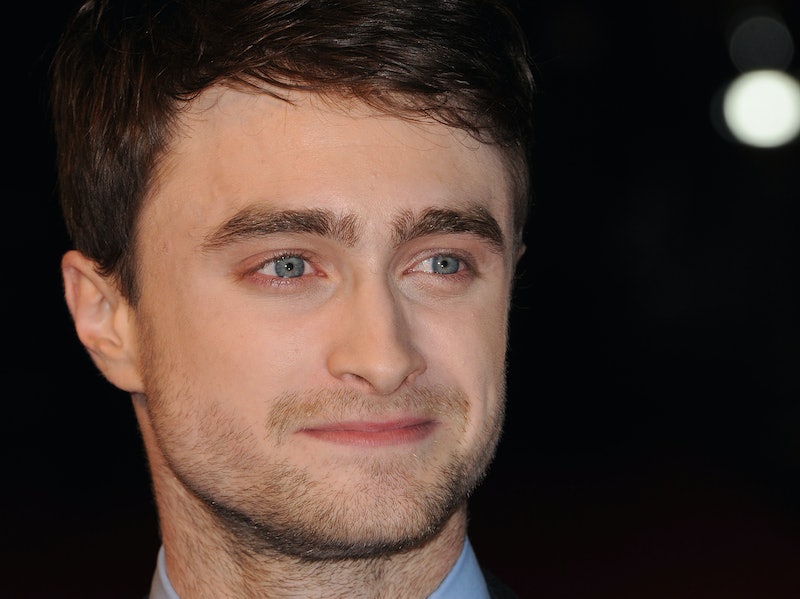 One Direction did something the Dark Lord could not: triumph over Harry Potter. Yes, the five-member boy band beat near-sighted boy wizard as the U.K.’s richest entertainers under 30. Heat Magazine released their annual list and One Direction dominated with $125 million, with actor Daniel Radcliffe coming in second with his $102 million. And he is not happy about it. During an interview at the London premiere of Horns, Radcliffe mockingly responded to the news with, "There's five of them! That doesn’t count! Not that I care but I am definitely first!”

That’s true. Mathematically, once you split $125 million amongst five boys, you get $25 million a piece, so technically The Chosen One is correct. But we are talking about millions of dollars so who really cares? It’s not like it’s a battle of good versus evil in the wizarding world, right?

I'm not saying that One Direction is in league with He-Who-Must-Not-Be-Named or are a band of Death Eaters, I'm just saying that this is definitely the makings of the next Battle of Hogwarts. You can't beat Harry Potter at anything and everyone knows that. He's The Chosen One. He's the winner of the Triwizard Cup. He's the youngest seeker to ever play for Gryffindor. He knows how to play the two-letter words at Scrabble for optimum points. There's no defeating him, even if you are the clean-cut, charming rascals from X Factor. I won't have it.

So are you ready, boys?

How about you, Harry?

No, I meant Potter.

Right. OK then. Go battle! The fate of Hogwarts and the wizarding world depend on it!

One Direction takes the first move:

OK... What will you do Harry? Are you going to unleash a disarming charm? Is now the time to crank out Expelliarmus? What spell are you going to cast?

Right, then. That works too, but I was hoping for a little more of a battle. Something big, like an explosion or maybe even one of the Unforgivable Curses. You never know what One Direction will do next, like...

...that. That works, too. It's not as bad as splitting your soul into seven parts and hiding them in Horcruxes to live forever, but I guess it's sort of the same because there are five members of One Direction and only Harry Potter to fight them. He's only a teenage boy wizard with a scar on his head and seven years of schooling to get him by. The odds aren't good.

Then again, sometimes they are. Sometimes a simple spell works just fine.

Have fun in Azkaban, boys. That's just what happens when you try to defeat Harry Potter, even if it is just on an list of how much bank you make.