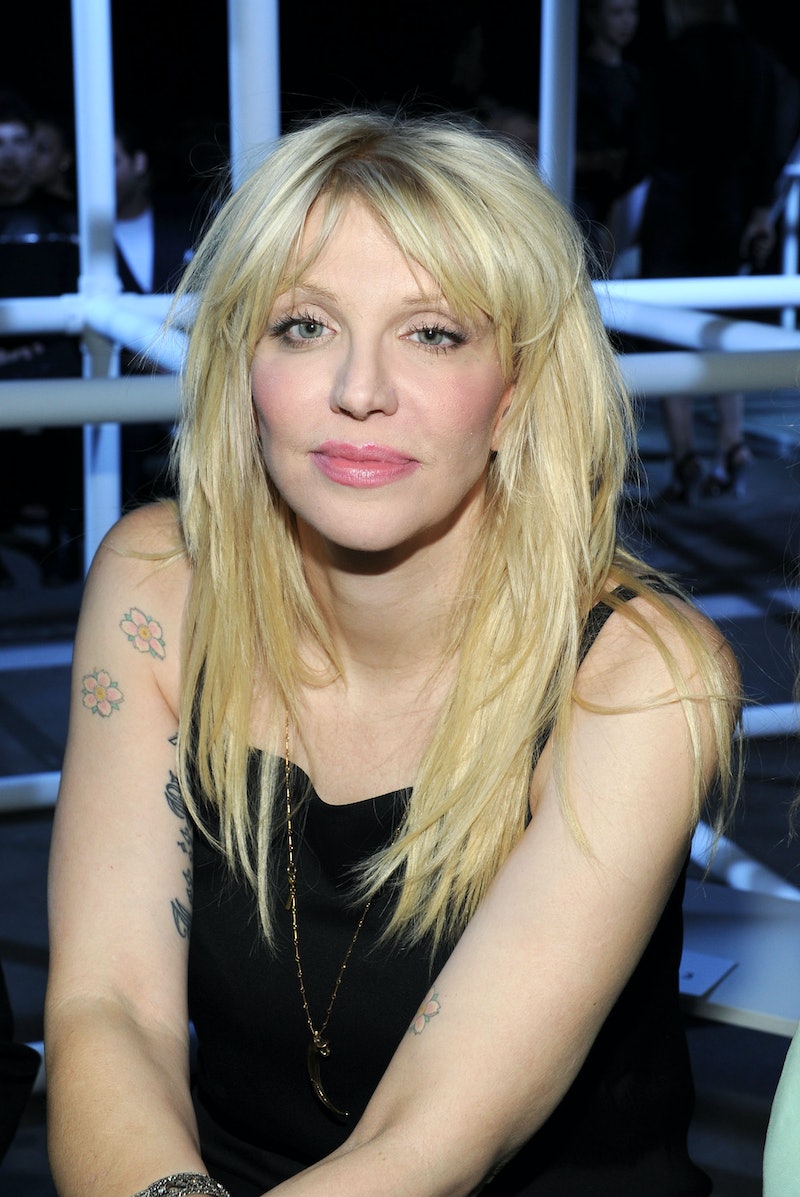 Even though she's actually been in quite a few projects, I find myself having to constantly remind myself that Courtney Love has ever acted at all. It's not that she's not good or anything like that — I guess it just seems so uncharacteristic for the former Hole front woman to portray anyone other than her wacky self. However, it's true — in addition to being a musician, Courtney Love is technically an actress as well, and she's actually had major roles in films like The People vs. Larry Flint and guest spots in shows like Sons of Anarchy . Now, it looks like she may have nabbed a bigger television role: According to The Hollywood Reporter, Courtney Love has joined the cast of Lee Daniels' Fox series Empire , and her part actually sounds pretty perfect for her.

Empire, which is set for a midseason debut on Fox, already boasts a well-known cast, so Love will definitely be in good company: Terrence Howard — who starred in Daniels' The Butler — Taraji P. Henson, Gabourey Sidibe, Naomi Campbell, Cuba Gooding Jr., and The Breakfast Club's Judd Nelson are all set to appear in the series, in addition to Love. As for her character, Love will portray Elle Dallas, who is described, according to EW , as "a hard rock powerhouse, who is part of Empire Entertainment’s stable of artists." Empire, of course, is the record label run by Howard's character, Lucious Lyon.

Even better, Love's role is described as a recurring guest star, so we'll be seeing her on the show quite a bit. Empire is set to premiere in January on Fox.