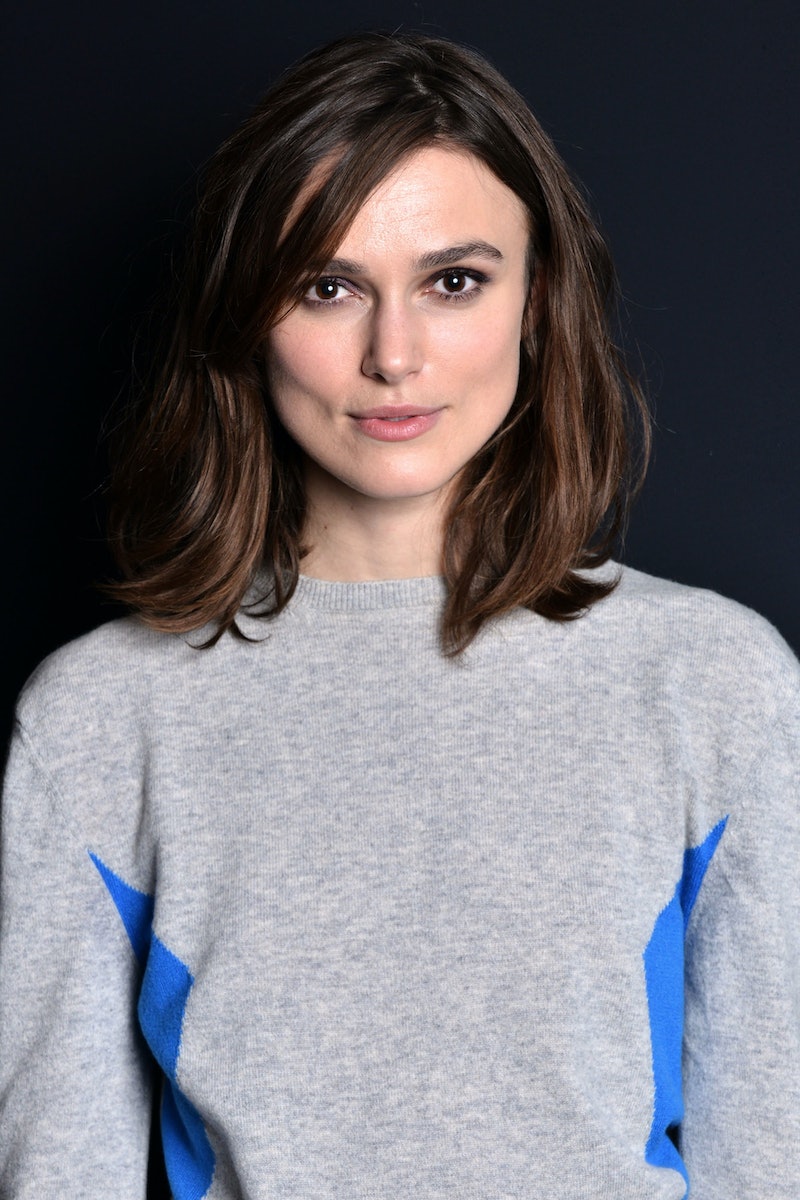 Before she became a big star, Oscar-nominated actress Keira Knightley was your average girl just trying to get by in high school. So, this might come as a shock, but Keira Knightley took a friend to prom, because boys didn't like her! Say what? According to E! News, the Begin Again actress said no boys were ever interested her, which left her without a prom date. What happened next? She found a girl friend, who also needed a date and the two went to one of the biggest dances in high school (which, I still don't understand, because prom rarely lives up to its expectations) together.

Knightley revealed this tidbit during a fun game of 20 questions with her Laggies co-star Sam Rockwell. (FYI, be sure to click on the previous link to watch these two play the game, and, yes, they're adorable.) As she told him, "Neither of us got invited by anybody else. No guys came anywhere near us. But she had black tie because it was black tie." Oh, and guess what else? The two still stay in touch! "She actually texted me at lunch. She is over from New York visiting her mum in England and wondered if I was there to have dinner with her." How amazing is that? Raise your hand if you still see/hang/talk with your prom date(s). Yeah, me neither.

First, I want to thank Knightley for sharing this news with the world. Date functions, especially prom or any school dance, can become a lot of stress for both males and females, even more so if we're single. From finding the right dress/tux to finding the perfect date to making sure you have the time of your life to the pressures of losing your virginity on prom night (ugh, does this ridiculous stereotype still exist?), special events don't need to be taken so seriously. It's about having fun — and with the right person. I don't know about you, but I'd totally go to the prom with Knightley, and I would totally ask her to dance in the same way as Mr. Darcy.