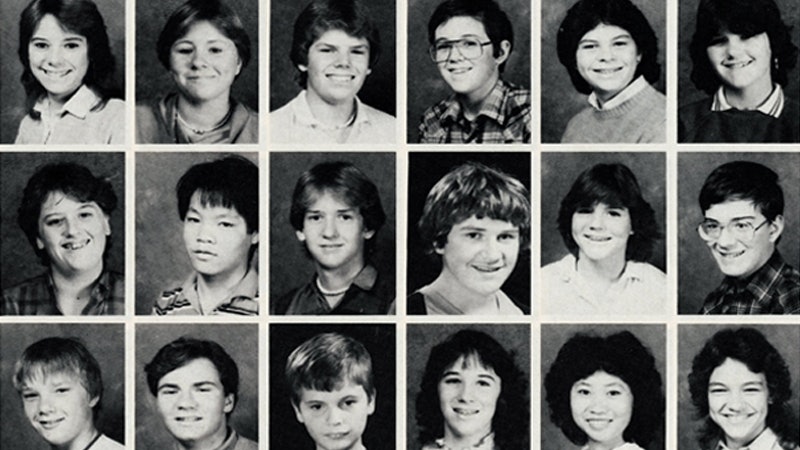 I was an awkward teenager. I never knew what to do with my hands, my sense of humor was radically different from most of my peers (read: weirder), and the idea of a boyfriend was laughable. I didn’t wear headgear, but that was pretty much all I had going for me.

So what’s an awkward teenage girl to do? Some try to find solace in music or movies (which, as a worshipper at the altar of John Hughes, I’m guilty of). But, if that girl’s a bookworm, she most likely looks for comfort in her favorite novels. Which is exactly what I did.

Some of the books that follow below below might seem kind of random when listed together. What exactly do The Perks of Being a Wallflower, Harry Potter, and The Stranger all have in common? Some angst, sure, but more importantly each of these books really emphasized individuality. They each have a main character who's a little bit of an outcast, a little too awkward or different to be your typical hero. And that’s what teenage Shaun really responded to. I needed to see characters that were like me, characters that could be different but still survive, or even in some cases flourish.

So, these were the nine books that got me through my awkward teenage years... and continue to help me as I embark on my awkward adult years. If anything I've written here sounds at all familiar, come take a look at this list, and maybe you'll find something of yourself in these pages, too:

The Perks of Being a Wallflower by Stephen Chbosky

This book is pretty much revered by anyone who’s ever been 16, and with good reason. A bunch of high school outcasts ban together and help each other overcome their deepest, darkest issues. It’s a little bit like The Breakfast Club if the members of the breakfast club were victims of sexual assault and discrimination. Either way, Perks showed me it was OK to be different, and the importance of finding friends who loved you for you, problems and all.

As a teenager, Jessica Darling was my spirit animal. She was smart, funny, and secretly hated everyone. In other words, she was everything I aspired to be. I was more invested in her relationship with Marcus than I was in my own imaginary boyfriend, and I spent five books waiting for them both to get their crap together and prove to me that love existed. Jessica was just so real. She messed up a lot, had to deal with everything from heartbreak to student debt, and was forced to come back home after college and work a terrible job. She was imperfect and therefore totally relatable, and reading each book was like reading your best friend’s diary. Without Jessica, I wouldn’t have known that it was OK (and even kind of normal) to be a teenage cynic.

Princess Mia, you wonderful, awkward creature you. It was like she voiced all of my anxieties and insecurities. She handled being a princess and life in exactly the same way I would have: with very little grace but a lot of heart. As someone who was never exactly “cool,” I could totally relate to Mia’s eternal outsider status. Meg Cabot totally knew how to write female characters for awkward girls, and for that I’m eternally grateful.

I was lucky enough to grow up alongside Harry and the gang. I was always around the same age as Harry, so I could always relate to what he was going through (puberty-wise, not dark wizard-wise). I think Harry Potter taught me more than any actual person. These books taught me to be loyal, to be brave, and to always stand up for what I thought was right, even if it wasn’t popular. I wouldn’t be the same person without Harry.

The Confessions of Georgia Nicolson Series by Louise Rennison

Even though I was far from a boy-crazy teenager, I could still live vicariously through the adventures of Georgia Nicolson and the rest of the Ace Gang. This series satisfied my love of British culture and my secret affinity for guilty pleasure reads. Plus, Georgia was hilarious. She dressed as an olive for a fancy dress party. An olive. Who wouldn’t want to be friends with her? Sure, I couldn’t necessarily relate to her relentless pursuit of guys (particularly a certain Sex God), but that didn’t mean I couldn’t enjoy it.

The Catcher in the Rye by J.D. Salinger

I wasn’t the only teenage girl a little in love with Holden Caulfield, right? Isn’t it totally normal to swoon over the perfect literary misanthrope? Holden was the figure of teenage angst for high school readers. If you ever felt at all out of place in high school, you could relate to Holden. Although hopefully you ended up slightly happier than he did.

I Capture the Castle by Dodie Smith

Look, I really, really wanted to be British as a teenager (and as an adult, but we won’t go there). I Capture the Castle let me live out my fantasies of decaying British grandeur and gave me a kindred spirit in Cassandra. A girl who has very little social interaction and dreams of being a writer? Um, yeah, that sounds kind of familiar.

It’s Kind of a Funny Story by Ned Vizzini

I really liked stories about anxious teenagers, so a novel about a teen who ends up in a psych ward really had everything I wanted. A tale about stress, dealing with the expectations of your family, and trying to discover who you really are, It’s Kind of a Funny Story dealt with issues more extreme than the ones I personally experienced, but I still felt a kinship with Craig. Everyone knows what it feels like to try and reconcile who the world thinks you are with who you suspect you could be.

This one might be an odd choice. Very few people would consider Albert Camus the writer of “teen” books. But I was crazy about The Stranger after I read it as a senior in high school. It had always been a joke around my friends that I was completely unemotional, which was partially true. I wasn’t completely apathetic, but I wasn’t nearly as prone to dramatics as a lot of 17-year-old girls. So reading about a guy who’s punished by society for not feeling the way they expected him to have had a big impact on me.