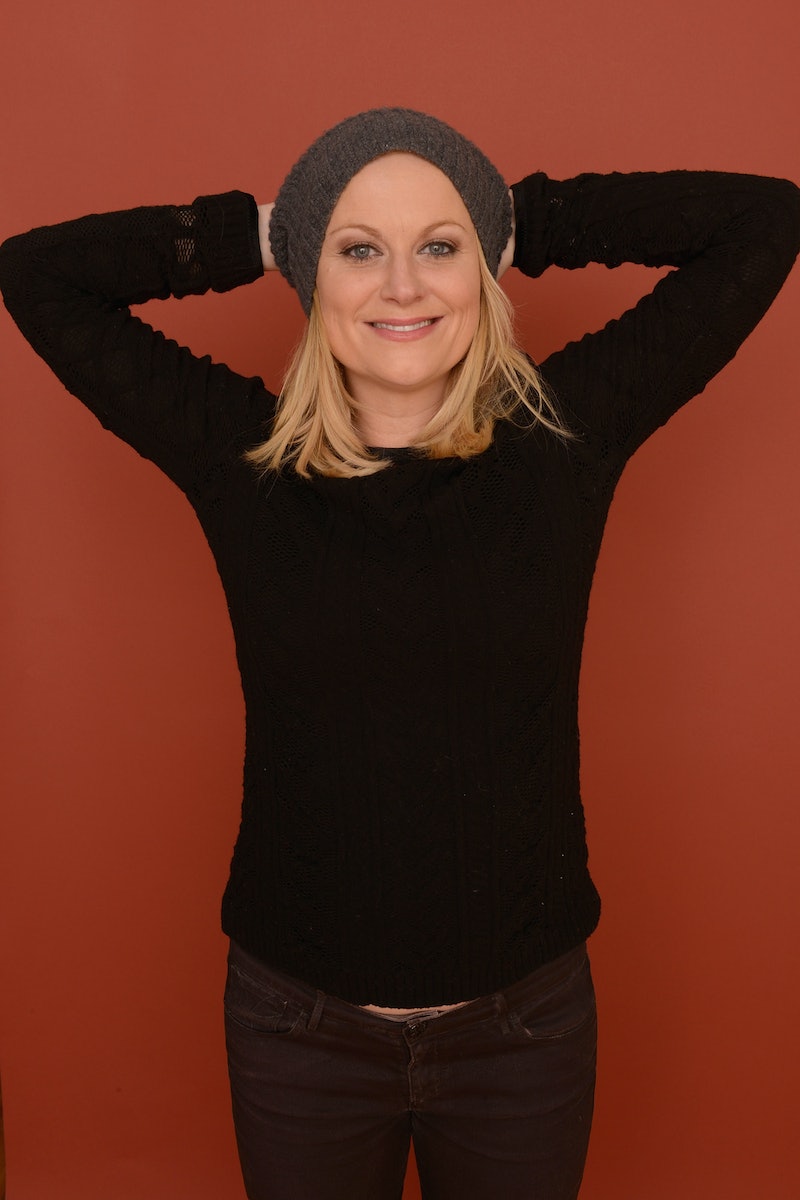 I've never been much for celebrity worship (the four years that my bedroom was wallpapered with Backstreet Boys posters from Teen Beat notwithstanding). If I look up to someone famous, it's because they're brilliant, talented, and have something wise and important to say (Lucille Ball, JK Rowling and Annie Baker come to mind). I don't need to be told "celebrities are just like us!" (No shit, Sherlock. Unless we've developed the Celebutron 3000 robot, famous people are still flesh and blood and bone and need to eat, care for their children and drink Starbucks like the rest of us.)

Therefore, when I sat down to read Yes Please, the new book by Parks and Recreation star Amy Poehler, I was expecting it to be funny and interesting, but didn't think I would relate to it on a personal level. While I enjoy Poehler (no one does Hillary Clinton better), I have to admit, I've always been firmly Team Tina. It probably has something to do with the fact that I can identify much more easily with a cynical bespectacled brunette than a perky blue-eyed blonde.

So imagine how surprised I was that I was barely through the introduction before I was convinced that Amy Poehler really is like us. Not in that Us Weekly "I take out my own trash" kind of way, but in that "She knows what's going on in my mind and heart and soul" kind of way. The "She's been where I've been, and still made it to the top" kind of way. The "Get out of my head!" kind of way. The kind of way that makes you think, "Wow, if Amy Poehler is worried about that too, then I'm not doing too bad."

Her anxious mind keeps her up at night

"As soon as I become prone, my head will begin to unpack. My mind will turn on and start to hum, which is the opposite of what you need when you begin to switch off," writes Poehler in the chapter appropriately titled "Bad Sleeper," devoted to her history of sleep deprivation. Preach on, sister. Whether it's panicking about the latest overly-hyped crisis that will destroy us all, or worrying about that thing your co-worker said to you at lunch that was sort of bitchy, we all know what it's like when your head hits the pillow, and your brain fires up, ready to identify and solve every problem you've ever had. "I am tired of being tired and talking about how tired I am," writes Poehler. So are we, Amy. So are we.

She couldn't wait to get out of her small, boring hometown...

While Leslie Knope may be all about small towns, her real-life counterpart was not. Poehler acknowledges that her childhood in the Boston suburb of Burlington, Massachusetts was an idyllic one, full of roller-skating, bike riding and basement dance contests, but also writes:

Burlington was sleepy, and to a restless young girl like me it often felt like a ghost town. I yearned for adventure and spent a lot of my youth in my own head, creating elaborate fantasies that felt grown-up and life threatening.

For many young girls (and guys) in small towns across America, daydreaming about the wider world beyond your city's limits is a time-honored tradition. Amy Poehler may be living the glamorous life now, but she still knows what's up, working summers at a local ice cream shop and eagerly waiting to get on with life.

And wrote angsty poetry to cope

Who doesn't love a little poorly rhymed, overly dramatic poetry scribbled in a college-ruled notebook during third period? Amy Poehler did, and I bet you did too. In Yes Please, she gives us this navel-gazing epic from Social Studies:

While that might inspire your own masterpiece eye roll today, deep inside all of us is the teenage girl who thought her life was the WORST EVER and knows exactly what Poehler is talking about.

She understands that doing things topless makes everything better

Beside being super-comfy, being topless can very freeing, especially when you're trying to be creative. Amy Poehler understands. In Yes Please, she reveals that one of the things she learned about herself while writing the book is that writing topless relaxes her. True that. Hell, I might even be writing this topless. Either way, it's good to know that even though Poehler's a celebrity, she just wants to go home and take off her bra like the rest of us.

She's sick of apologizing for everything

Like all strong women, Poehler knows when to apologize for effing up. One chapter of Yes Please is devoted to an embarrassing story about an ill-advised joke she made in a Saturday Night Live sketch about cerebral palsy, and her quest to set things right. But also like all strong women, she's sick of being made to feel like she has to say "I'm sorry" for things that don't require an apology. "It takes years as a woman to unlearn what you have been taught to be sorry for," she writes, admitting that finding the right balance is still challenging. We know the struggle is real, Amy, and we're with you.

She knows technology is trying to kill us

And that nothing beats a good dance party

When in doubt, ladies know to dance it out.

More like this
50 Books To Read With Your Book Club
By K.W. Colyard
10 Must-Read New Books Out This Week
By K.W. Colyard
The Biggest Differences Between 'Bullet Train' & The Book It’s Based On
By Arya Roshanian
11 Bella Hadid Hairstyles That Prove She's A Beauty Chameleon
By Jordan Murray
Get Even More From Bustle — Sign Up For The Newsletter