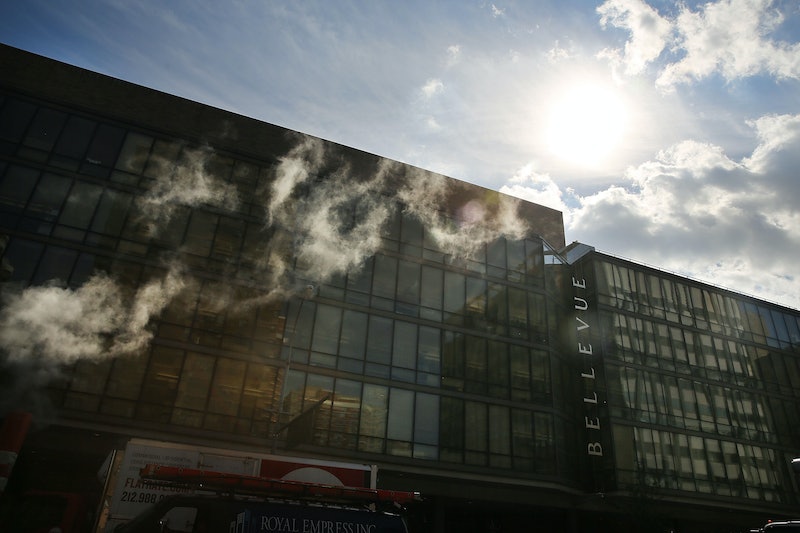 On Thursday, authorities announced that New York-based doctor Craig Spencer, 33, had tested positive for the Ebola virus. Spencer had recently returned from Guinea, West Africa, where he'd been treating Ebola patients with the organization Doctors Without Borders. He was rushed to New York's uptown Bellevue Hospital after reporting a high temperature to Doctor Without Borders earlier Thursday. Earlier on Wednesday, he'd traveled from his home in Harlem to Williamsburg, Brooklyn to a bowling alley, The New York Times reported.

Off to Guinea with Doctors Without Borders (MSF). Please support organizations that are sending support or personnel to West Africa, and help combat one of the worst public health and humanitarian disasters in recent history.

On Oct. 17, Spencer returned from Guinea to New York's JFK airport. The virus usually takes eight to 10 days to become symptomatic, and is only contagious once symptoms begin. It is only spread by coming into direct contact with a victim's bodily fluids.

The physician is a dedicated humanitarian on the staff of NewYork-Presbyterian/Columbia University Medical Center who went to an area of medical crisis to help a desperately under-served population. He is a committed and responsible physician who always puts his patients first. He has not been to work at our hospital and has not seen any patients at our hospital since his return from overseas. Our thoughts are with him, and we wish him all the best at this time.