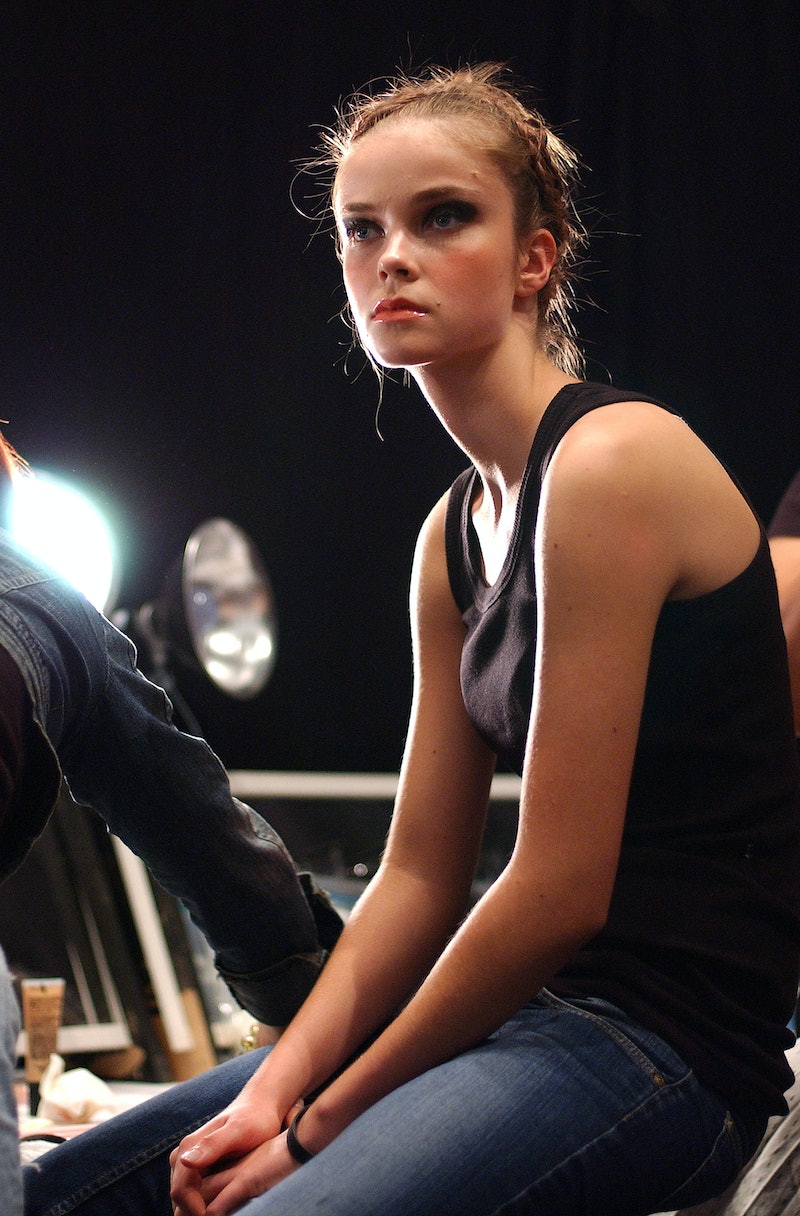 Recent research tells us that humans are a lot more shallow than we may think. According to an article published in the journal Trends in Cognitive Sciences, people tend to determine introverts and extroverts by looking at a person's face. The same goes for many other characteristics, as the article argues that our impressions of someone's personality in general are often shaped by facial appearance. Where introversion and extroversion are concerned, people with certain facial traits (bright eyes, more feminine features, etc.) are frequently viewed as being more extroverted than others. The article also tells us that more feminine faces are often seen as coinciding with happier and more trustworthy people. Likewise, people are said to associate characteristics such as dominance, competence, and friendliness with specific facial structures.

It's all a part of a phenomenon known as "face-ism," more often referred to throughout history as physiognomy, and it has created serious consequences for our society. Thanks to "face-ism," researchers argue that facial appearances affect how we vote, who we hire, and even our decisions in a court of law. Politicians with faces perceived to be more competent, for instance, are more likely to be elected into office. Studies also suggest that people in conservative states perceive some politicians' faces to look more "traditionally Republican," which then results in those candidates receiving more votes.

Similarly, according to Christopher Olivola, the lead author of the review article, "more competent-looking businesspeople are more valuable, and they get higher salaries." But how does this look in real life? Take a look at the chart below:

(A) competence, (B) dominance, (C) extroversion, and (D) trustworthiness.

In Example A of the graphic above, you can see the progression from incompetence to competence, moving from left to right respectively. The same goes for expressions of dominance, extroversion, and trustworthiness. The image in the middle of each row represents the average/intermediate of the two extremes depicted for each trait.

This same phenomenon of "face-ism" influences military ranking, since those who possess more dominant-looking faces are often preferred for higher-ranked positions. Equally as problematic is the fact that people with more "untrustworthy" or "guilty" faces are more likely to be convicted in court. As you can see in the far left image for Example D, untrustworthiness is indicated by features such as prominent cheekbones and high eyebrows. In contrast, those "trustworthy" individuals without these features have an increased chance of securing loans and attracting financial investments.

This is all to say that people love to jump to conclusions about another person's character based on their face, and this not only affects, but damages the way we operate in everyday society. Christopher Olivola warns against the harmful consequences of this sort of cursory judgment:

Although we would like to think our judgments and choices are rational, impartial, consistent, and solely based on relevant information, the truth is that they are often biased by superficial and irrelevant factors. This is a troubling human tendency that needs to be corrected, or at least mitigated, because faces are not valid predictors of a person's traits.

Although Olivola notes that looking at someone's face can be a helpful indicator of age, gender, or how they're feeling, it's clear that we need to start questioning our immediate perceptions. According to Olivola:

We need to guard against letting our choices be biased by superficial cues. In some contexts, educating people might be sufficient to reduce facial stereotyping. In other contexts, however, more research will be needed to identify the best way to mitigate the biasing influence of facial appearance.

People who are more educated about a politician's political views, for example, will probably have less biased facial assumptions about that individual. Of course, I would posit that people aren't likely to shed these biased assumptions anytime soon, and this leads to potentially greater problems. With the developing technology surrounding genetic engineering and designer babies (i.e. genetically designing a child with specific desirable traits), we must be careful to avoid scenarios in which people look to create children that fit the facial molds of competence, trustworthiness, etc.

Fortunately, we're not there yet. Moving forward, therefore, it's important to remain cognizant of the fact that we can't always, if ever, rely on our initial assumptions of a person as an accurate indication of their personality or character. We must also challenge these assumptions by thoroughly getting to know an individual before choosing to hire them, vote for them, or increase their salary. By taking this new research to heart and reflecting on our occasionally shallow nature as humans, hopefully we can avoid the potential negative consequences of judging a book by its cover.