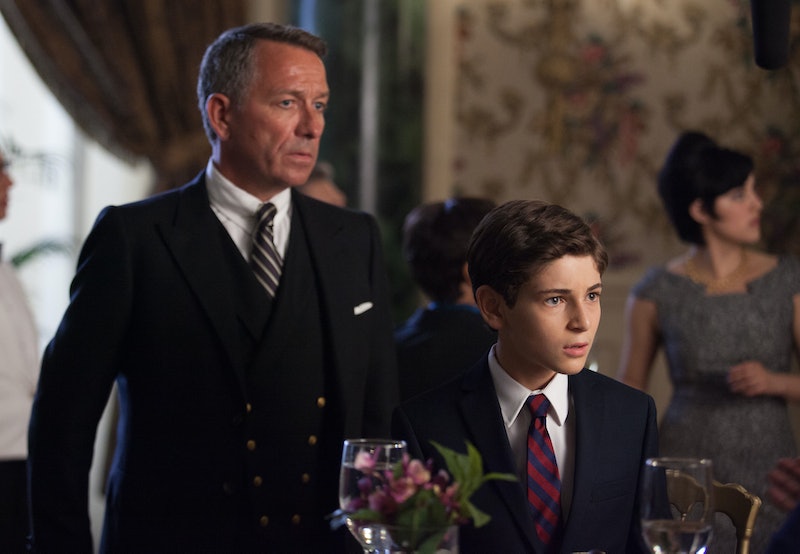 Alfred Pennyworth was always one of my favorite characters to come out of the Batman mythology, mainly because he worked as the voice of reason for the often reckless Bruce Wayne. Luckily for me, Fox's new superhero origin story Gotham gave Alfred an even more significant role in the future Batman's life. Alfred is the caretaker of the young, newly orphaned Bruce, and must find a way to connect with the child so he doesn't take out his grief and anger in destructive ways. Alfred is so much more than just the Wayne Manor's butler — he's a father figure to Bruce, and quite possibly one of the only truly good people left in Gotham. (At least, we think.) So who plays the dashingly handsome Alfred on Gotham ? Actor Sean Pertwee has had quite the extensive career over the years, so there's a chance that you've seen this guy outside of Gotham City.

If his last name sounds familiar, there's a good reason why. Doctor Who fans can consider Pertwee a very special friend of the Whovian universe — he's the son of Jon Pertwee, who portrayed the third doctor in the 1971 serial Terror of the Autons. And the resemblance is a little ridiculous:

Sean Pertwee himself has had quite a long list of acting roles, dating back to 1987 film Prick Up Your Ears. Pertwee acted alongside Clive Owen in the 1990-1991 television series Chancers. In the '90s he guest starred on numerous TV projects, including Virtual Murder and Ruth Rendell Mysteries. You'd be hard pressed to find a U.K.-made TV movie or series that Pertwee wasn't in during the late '90s and early '00s — his IMDb page is extensive, to say the least. His credits include the role of Macbeth in a TV adaptation of Shakespeare's tragedy, the 1996 TV series Bodyguards, and the role of Marcus Brutus in the 1999 TV miniseries Cleopatra.

Here's a weird fact about Pertwee — Gotham isn't the first time he's has starred opposite a future Batman. Pertwee played "Father" in the 2002 film Equilibrium opposite Christian Bale, the man who would go on to play Bruce Wayne (and, of course, Batman) in Christopher Nolan's Dark Knight trilogy.

Just before landing the role of Alfred in Gotham, Pertwee guest starred on several episodes of the CBS Sherlock Holmes series Elementary and had a role on the Paris-set police procedural Jo. Gotham is his current commitment, and it may be the one to make him a bonafide TV star on this side of the pond. Because, really, who doesn't love Alfred?