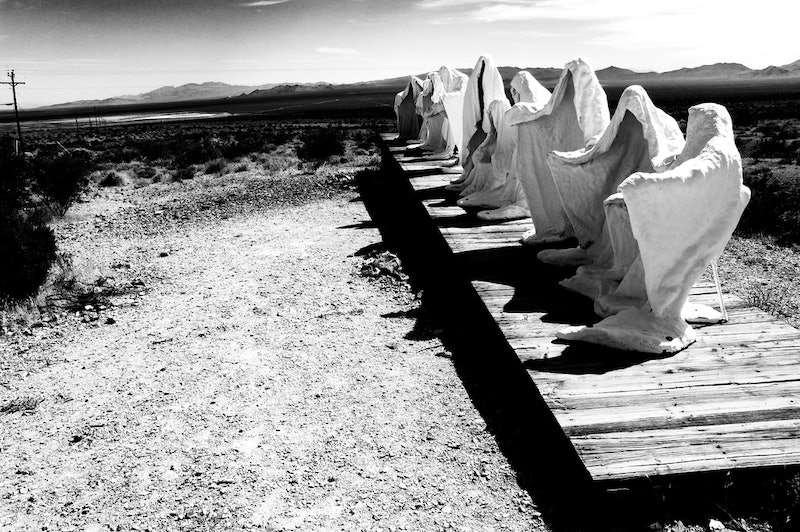 For some reason, there’s been a dearth of good paranormal threads on AskReddit this Halloween season. True, we had that one at the beginning of October — but the pickings have been disappointingly slim since then. You can imagine, therefore, how excited I was to spot one this morning — and even more excited to see how fast it was picking up steam. Hoorah! Creepy stories for all!

Posted by redditor L0VE-Child, it posed the question, “Have you ever encountered something paranormal?” Reddit, of course, was happy to oblige, submitting tale after tale of its freakiest true ghost stories. Admittedly, by true, I probably mean “true” — they might not actually be real, they might have perfectly logical explanations, and so on and so forth — but most of them are still cracking good yarns. From surprisingly convincing ghost photographs to singing dolls that turn on even when they don’t have batteries in them to boys with no eyes and a GPS with a mind of its own, settle in for some creep-tastic tales (click 'em to make them bigger). After all, it’s almost Halloween — there’s no time like the present, right?

1. The Curious Incident of the TP Roll in the Night-Time

There seem to be an awful lot of ghosts who like to hang out in bathrooms — maybe one of them had taken up residence in this particular apartment?

Oh man. I can relate to this one. When I was really small, I could never decide if I wanted to sleep with the door open or closed. If it was open, I was faced with a long, dark, and creep-tastic hallway; if it was closed, though, I kept imagining what might be on the other side. Anyone else?

This one was a little too long to screen cap, so you’ll have to head on over to Reddit to read it — but trust me. It’s worth it. If you’ve ever wondered whether your GPS has a mind of its own… it might. Just sayin’.

5. The Girl in the White Sheet

There’s nothing more disorienting than losing time, regardless as to whether there’s a vanishing girl in a white sheet involved.

In case you needed another reason not to drive on dark, secluded roads at night.

I don’t care how friendly he was — if he didn’t have eyes, I would have noped right out of there.

Here’s the legend in question.

I occasionally suffer from bouts of sleep paralysis; I pretty much always know it’s a dream when it’s happening, but a lot of people don’t. It’s freaky enough not knowing whether someone really just tried to smother you in bed or whether it was just a nightmare, but this story? Hoo boy. It takes it to a whoooooole new level.

The redditor who submitted this story has posted it before in other paranormal threads, so I’d actually already heard it going into this one. I’m generally skeptical of ghost photographs, but for the curious, here’s the image in question: