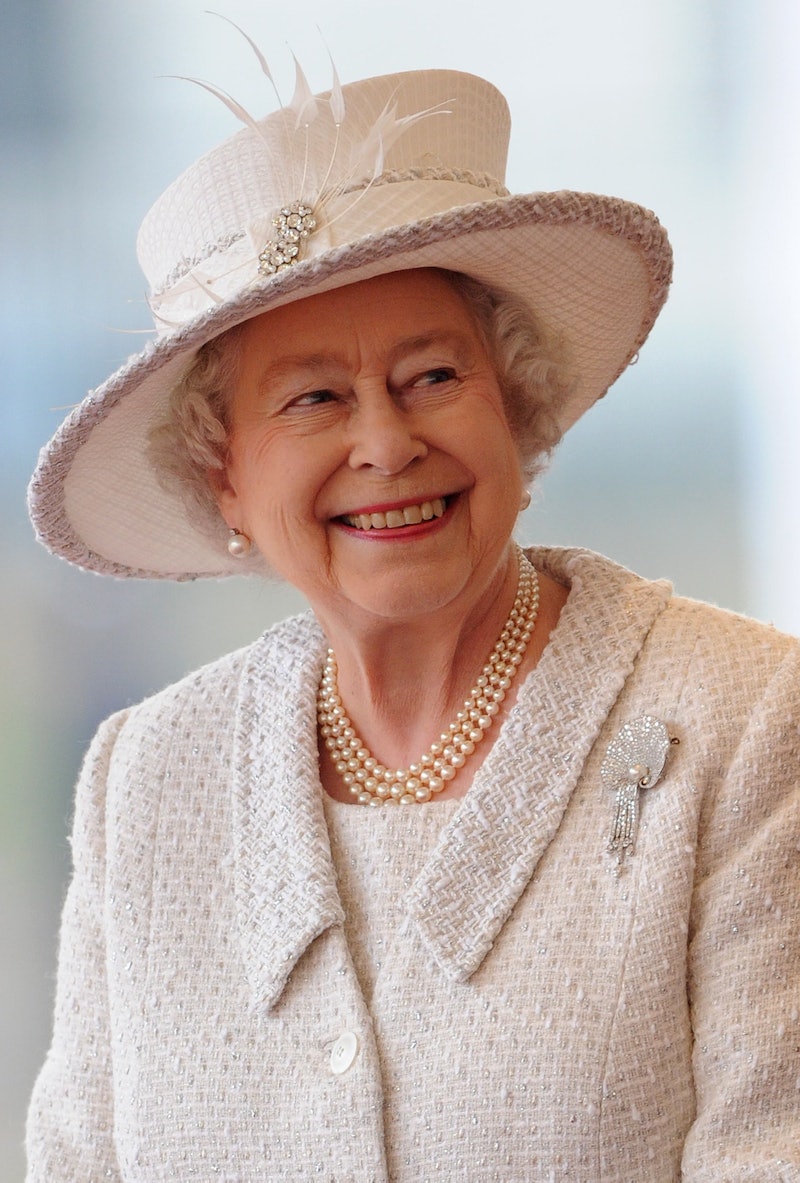 I'm going to take this as an official sign that the English monarchy is going viral. Just months after Prince Harry sent out his first tweet under the Invictus Games Twitter account (an international, Paralympic-style sporting competition that aims to support wounded soldiers), BBC is reporting that Queen Elizabeth herself has sent out her first tweet now as well, in honor of the Information Age exhibition opening at the Science Museum in London. Her majesty's first tweet was sent out under the long-running @BritishMonarchy account, which promises in its description to send out "updates, pictures and videos from Buckingham Palace about the work and activities of The Royal Family and the institution of Monarchy."

So, what was the Queen's first tweet, then? Gotta say, it was pretty adorable in that "aww, adults on social media!" kind of way:

It is a pleasure to open the Information Age exhibition today at the @ScienceMuseum and I hope people will enjoy visiting. Elizabeth R.

I couldn't help but notice, though — her tweet, though brief and not quite super interesting — does bear a bit of uncanny resemblance to Prince Harry's tweet from this past May. His was brief as well, but he signed his too:

Hope everyone will get behind #invictusgames. Great opportunity to support and thank the men and women who have given so much. Harry

Though since they're both royals, it's pretty standard that they'd have to keep their social media usage to the classiest standards possible (not to mention, neither or them were using accounts specifically linked to them, so they had to sign it on order to identify themselves) it is pretty undeniably hilarious when anyone signs a tweet. It's sort of like signing a text message or something: You don't really need to do it because it's overly formal. The fact that both the Queen and Prince Harry did it is just adorable — does Twitter formality run in the family? File under questions we obviously need answered.

Anyway: Since apparently Prince Harry hates Twitter, it's pretty unlikely that we'll see him getting his own account even after he became the first royal to tweet on the site. But, the verdict is still out for Queen Elizabeth: Perhaps she's already hashtagging as we speak?