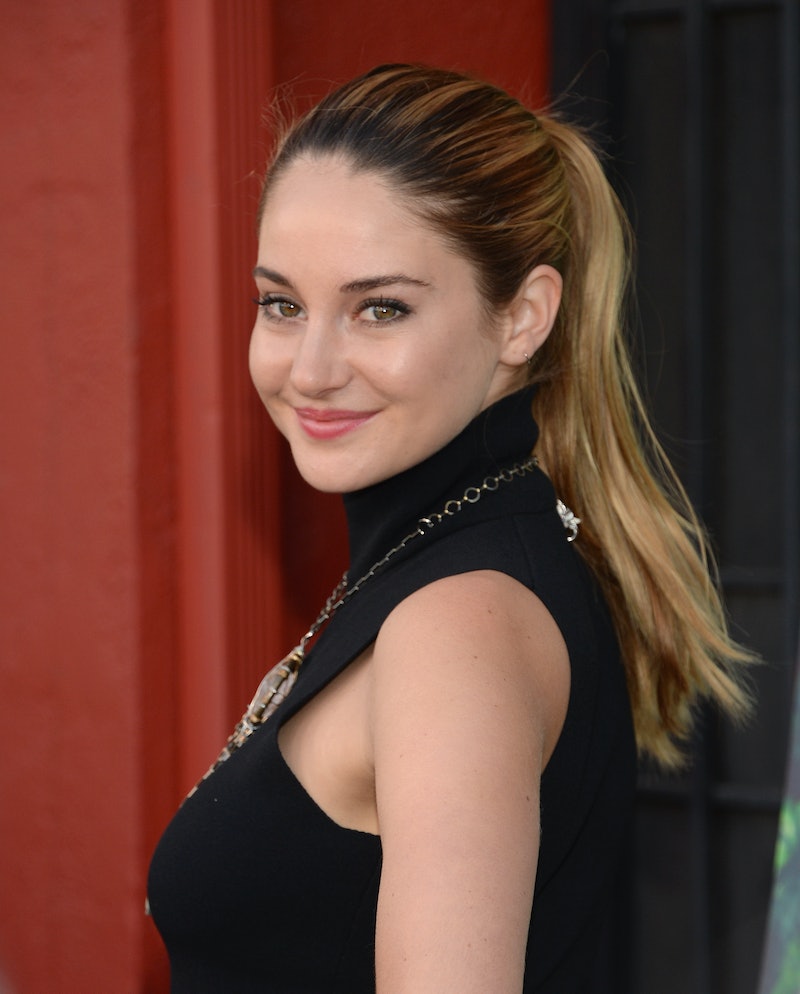 Playing the casting what-if game is always fun, so here's a doozy: According to The Hollywood Reporter, I-make-my-own-soap-and-toothpaste darling Shailene Woodley could've been Anastasia Steel in Fifty Shades of Grey. She was heavily considered for the role but ultimately had to turn it down because a pesky little future Hollywood blockbuster, Divergent, got in the way:

Shailene Woodley was an early favorite of James, who was heavily involved in the search, but even though Woodley wasn't afraid of the nudity in the film's explicit sex scenes, she has conflicting press obligations for the would-be franchise Divergent, which opens March 21. Universal and Focus want to begin shooting in late October in Vancouver or Los Angeles, with a release date of Aug. 1, 2014.

British star Felicity Jones, known stateside for her role in Like Crazy, was also considered, but producers eventually decided she was too old, at 30, to play 21-year-old college student Ana.

For the record, Felicity Jones still looks like she's about 16, but OK, whatever, guys. Alicia Vikander, Imogen Poots, and Elizabeth Olsen were also considered, but Dakota Johnson — who ultimately got the role — was the first choice for director Sam Taylor-Johnson.

As for Christian Grey — Sons of Anarchy star Charlie Hunnam ended up nabbing that role, but he was hardly the first choice either. Ryan Gosling was heavily considered before he turned it down because was "not interested," and, of course, too busy making Oscar-bait movies with Nicolas Winding Refn. Tron star Garrett Hedlund was also "heavily courted" for the role, but he found he couldn't "connect" with the character.

All fun facts for your next trivia night, I guess.