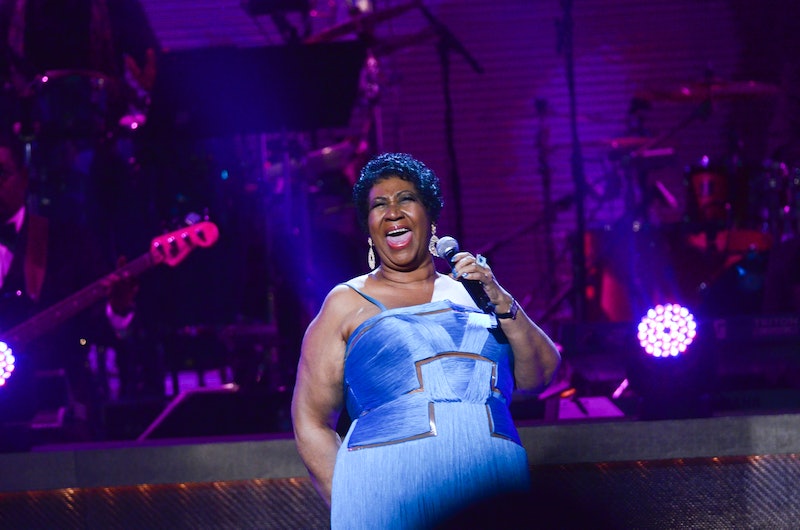 Appearing on a broadcast news press run to promote her new cover album ( Aretha Sings The Great Diva Classics ), Aretha Franklin is openly fed up with everything that is happening. Yet again, she goes and proves why she is the Queen of Everything (sorry Beyoncé). She doesn't care about the time delays, she doesn't care about the reporters' stupid anecdotes, and she definitely doesn't care for them playing her music loudly in the background while she's talking. Having clearly been in the game for too long to have any fucks left to give about the media, the soul diva doesn't hide that she absolutely does not have the time of day for your shitty news broadcast.

It's clear that the news anchors are TERRIFIED and AWED by her, as they scramble to meet her requests to turn the music down and are rightly shamed when she appears entirely bored of their childhood stories. On four hours of sleep, the legend pulls off her mild disgruntled-ness with the grace and formidable attitude that only Aretha can. We don't blame her for her no nonsense approach. At 72 years old, and with a lifetime of accolades, being dragged through these sorts of media circuses must be quite painful. Let's hear it for Aretha, our says-it-like-it-is, boss lady hero. Watch the video below.