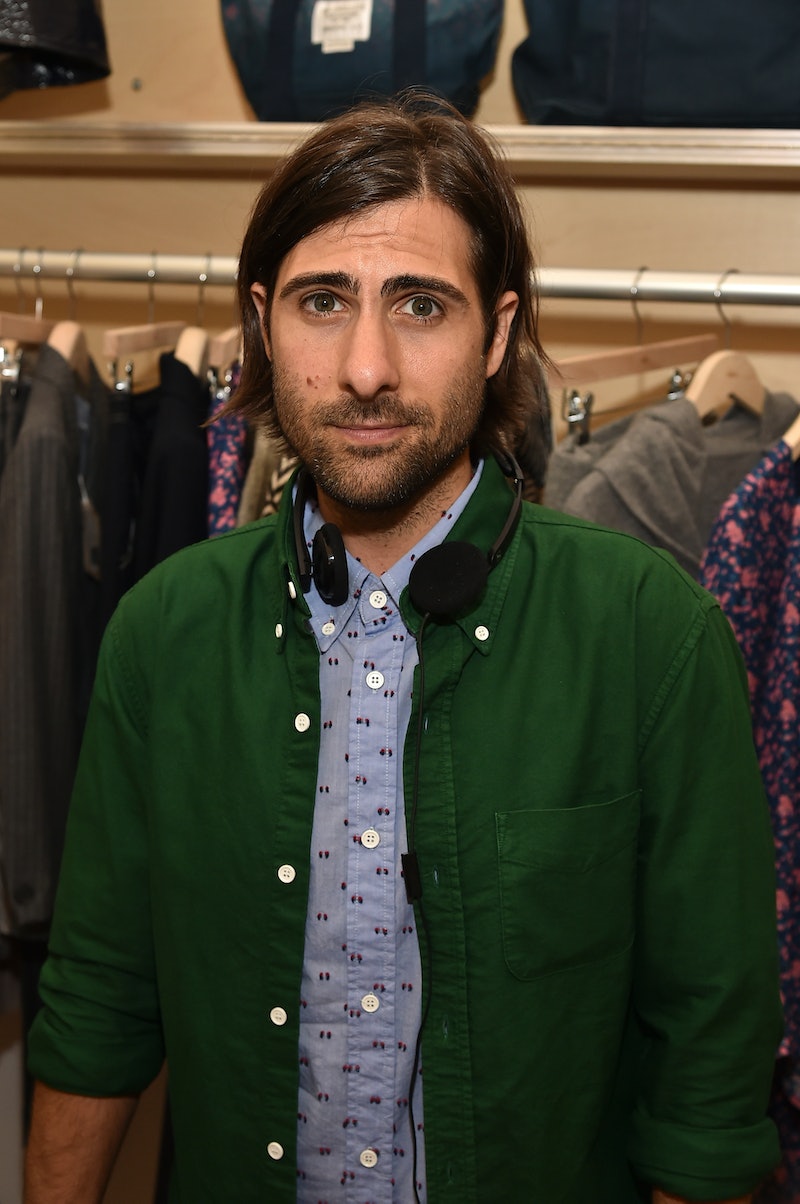 Jason Schwartzman, he of the sad eyes and Wes Anderson movies, turned to Reddit on Friday to answer questions about his latest film, Listen Up Philip. The film is in limited release, and Redditors seemed more interested in his other projects. They asked about his Wes Anderson experiences, of course, his band Coconut Records, as well as his short-lived but fantastic HBO show Bored To Death.

Schwartzman was generous in his responses, giving very lengthy answers. Here are the best of 'em. I've condensed some of his answers, though I recommend reading the full AMA here.

On Bored To Death:

greycloudism: Hi Jason. What is the best story from the set of Bored to Death? I absolutely loved you Ted and Zack in that.

JasonSchwartzmanHere: The best story from BORED TO DEATH...

Well, every day with Ted and Zack and Jonathan was unbelievable. Those are some of the funniest human beings in the world.

"Look at that man, Ted Danson, dressed as a goddamn knight crossing the street. Isn't he the best? What a sunafabitch."

Frajer: What is going on with the Bored to Death movie?

JasonSchwartzmanHere:Right now Jonathan Ames is working on another television show he's developing with Seth Macfarlane, but he's also working on the Bored to Death Script, and I don't want to say that it's definitely happening because this is a mysterious business and sometimes things don't happen, but my fingers are crossed and I've seen parts of the scripts, and it's excellent. And that would be a real amazing day if it got to happen.

fellybacca: Moustache or no stache?

JasonSchwartzmanHere: I like having a mustache, just because I like it and my wife likes it, but it's funny, in this era, people always think you're kidding around, and they say "I have my mustache and to go get some food" and people will say "Funny mustache" and that makes me want to say "Funny fuck you!"

seth815:May I have some general, non-specific life advice from you? I have none of those thing I just listed and I want them all.

JasonSchwartzmanHere: So my ultimate advice is: to try the best you can to always be open to new experiences.

And be available to mistakes happening. And also, try to get 8 hours of sleep.

JasonSchwartzmanHere: Well Bill Murray, is, um, inhuman. He's a legend. He's a magician. He is the chosen one. So I don't think anything is WEIRD. I think everything he does is beautiful. Let's use that word. Let's look through it through the prism of beauty. And I would say that... he... he's the kind of guy that I wish I could be, and he's the guy who seems to know how to do everything. And if you are ever in a pickle, he's the guy you'd want to be with.

You get the feeling if shit hit the fan, that he'd be the one who'd be the last one standing.

That doesn't really answer your question.

But I've had beautiful, beautiful times with him. The first thing that comes to mind is a traditional Jain dinner in India that began at midnight and ended at 5 AM. It was just Bill and I and this Jain family in India. Well, we had met them earlier in the day and they invited us to dinner at their house and we went. This was during the filming of Darjeeling Limited. It was nice.

On working with Wes Anderson:

shivan21: How did you meet Wes Anderson? How come you work so much together

JasonSchwartzmanHere: I met him for the audition for RUSHMORE. And I was 17, he was 27, and why we work together? I think that honestly, it's hard to find people in life that you want to even spend that much time with, honestly! And so the fact that you could meet someone that you want to spend time with AND work with, I think that's super-rare, and I think that we share similar tastes and sense of humor, and we are interested in a lot of the same things, and I think that as you know someone more and more through the years, it helps you with the work because you can get to the work faster on-set, the way he can communicate what he wants to me, I think it becomes more quick so you can try more versions of things because there is less nervousness or getting to know each other to cut through.

You can just get right to it.

nicofish: Hi Jason! Thanks for doing this AMA. I think you’re fucking brilliant. I know all of y’all in the Wes Anderson club must have fun working together — what’s your favorite scene that didn’t make it into one of your movies?

Um, let me just think for a second here.

I would say that first of all, Wes is such a great screenwriter and works so hard on these things that very little doesn't make it. Because he's worked on them for so long that he really is pretty certain about what he wants and what he doesn't want, and what he needs and what he doesn't need, but of course there's something that gets trimmed out. I believe when we made Darjeeling, there was a sequence in the train where I played a piano, and we all kind of sat around a piano and bobbed our heads and sang songs. And that got cut.

danceswithbourbons: Who is the biggest star that you are good friends withJasonSchwartzmanHere: Good friends? Mmmm... I love Michael Cera.

pinkythug:What's your favorite thing that you did this year?

JasonSchwartzmanHere: Well, I didn't do it, but my wife had our second baby! SO I would say that's my favorite thing I got to do this year.