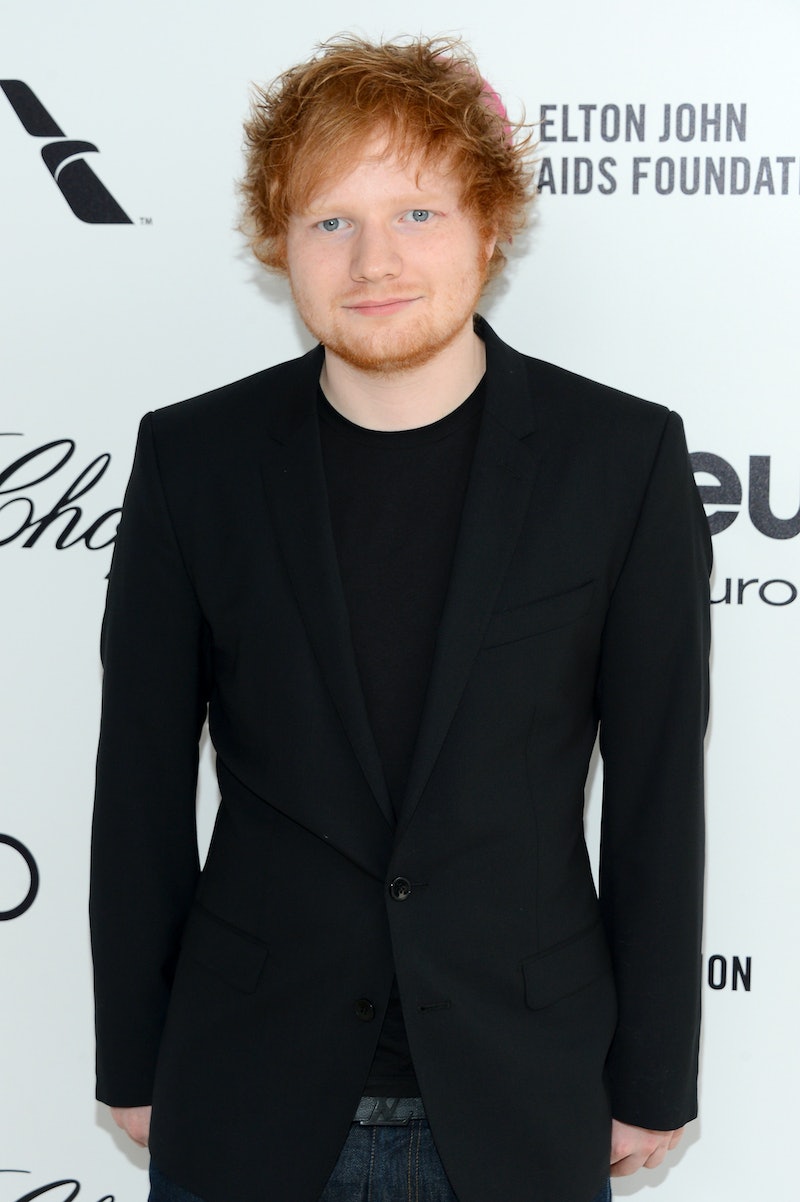 During an interview with Howard Stern last month, Ed Sheeran vowed to apologize to Miley Cyrus for insulting the "Wrecking Ball" singer after her onstage twerkfest with Robin Thicke at the 2013 MTV Video Music Awards. Afterwards, Sheeran caught a ton of flak for criticizing Cyrus, and later blamed it all on the alcohol. Luckily, he's come around to taking full accountability for his harshness and this time, it truly feels like his words are coming from a sincere, mature place.

Unbelievably, this supposed feud between the two pop stars is heading into its second year, so it's really a huge relief to hear the British singer's latest heartfelt admission. Per E! Online, Sheeran addressed the Cyrus insult again in a recent interview with The Sun by saying, "I was a bit of a ****. I do feel bad about it as I'd be f**king livid if someone said that about me. My general point was I wanted her to sing the songs so people could see what an amazing artist she is. I just worded it wrong."

Clearly, Sheeran's drunken diss towards Cyrus was a huge no-no, and while he certainly isn't the first person to lose control of their senses at the sight of Cyrus twerking, two wrongs don't make a right. It's safe to say that Sheeran and Cyrus probably won't be collaborating on music anytime soon, but hopefully Cyrus can find it in her heart to forgive and forget.

After all, the Bangerz singer recently appeared on Australian talk show Sunrise where she made it clear that she's moved on with her ongoing efforts to popularize dance moves that are already popular. Hopefully, Cyrus left this disagreement with Sheeran where she appears to have left twerking — in the past.