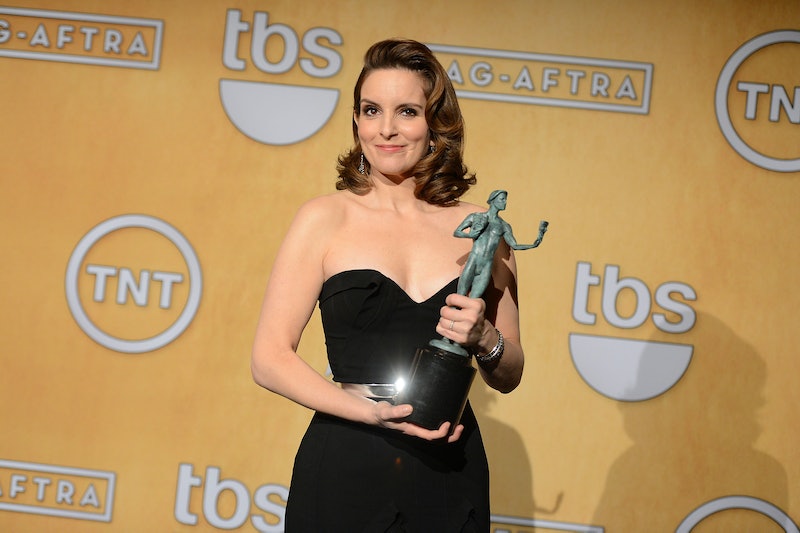 When I first read the "101 Best Written TV Series" list compiled by the Writers' Guild of America on Sunday, I knew better than to expect many women on the list. Because this is Hollywood, and a list like this is just one more way in which women are underrepresented in the industry. Sure, there are tons and tons of actresses, but female writers are few and far between. (Trust me, as a hopeful television writer myself, I see things. And they're mostly white dude things in this business of show.) Show me one gal who writes on a television show and I'll show you the 13 or so twentysomething nerdy white dudes who make up the rest of a writing staff (generally speaking, natch). But the list did prove to me a thing or two: Mainly that there needs to be way more women making television, because they're actually really fucking good at it.

There are women — Impressive ones! Inspirational ones! Odds-beaters! Nerds! Beauties and brawnies! — that made the list, including Tina Fey for 30 Rock (No. 21), Jess Oppenheimer and Madelyn Pugh for I Love Lucy (No. 12), Anne Beatts and Rosie Michaels for the first season of Saturday Night Live (No. 25), Roseanne Barr for Roseanne (No. 71), and even Candace Bushnell, whose book was turned into the show Sex and the City (No. 39). All in all, there are 32 women on this list out of 300 names total — not too shabby when you consider how far women writers have come in the industry, but still only hovering around 10 percent. Granted, if the list included the names of all the women who've written on the shows, that number would certainly balloon. (Mad Men's writing staff, for example, is chock-a-block with ladies.) But when you look at the number of women who were show creators, the number dwindles dramatically. Which is a shame, because women are writing some of the best television out there.

That isn't to say that the list has any glaring omissions: It's largely a fair compilation of shows that most anyone, at one time or another, has heard a friend or acquaintance or critic proclaim as "good." Seeing The Sopranos atop the list was no shocker. But what you don't see on the outset is that some of the best, most groundbreaking programs on the list — The Daily Show, I Love Lucy, 30 Rock, Roseanne, Sesame Street, The Golden Girls, Upstairs Downstairs (aka the OG Downton Abbey), and Absolutely Fabulous, just to name a few — were created by women outright. Hey ladieeeeees!

Now is the time that television fans are begging — nay, gasping — for increasingly innovative programming on television. Now is the time for writers who are unafraid to ruffle a few feathers (like that time creator Diane English pissed off Dan Quayle for because horror of horrors, Murphy Brown became a single mother, or anything Roseanne ever says) and provide a different lens under which to dissect and comment on society. We need the real emotions of Winnie Holzman's My So-Called Life, the brash and bawdy broads of Golden Girls, the give-no-shits attitude of Edina and Patsy from Absolutely Fabulous, the cutting and messed-up everywoman Liz Lemon shuffling around 30 Rock. It's a time for ladies, and ladies: It's time.