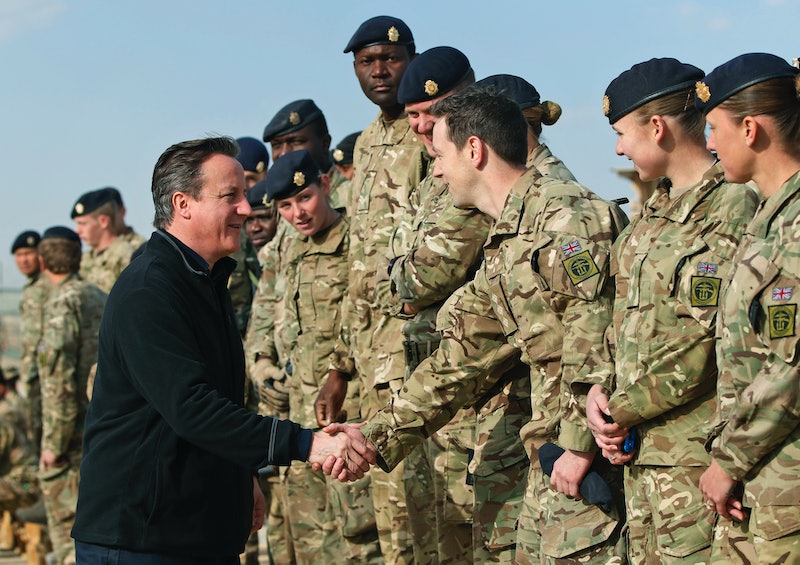 Today is a momentous day in the history of the United Kingdom. After a long 13-year engagement, the British military is finally pulling out of Afghanistan. That's right — the U.K.'s Afghanistan War is over, after British combat forces handed over the Camp Bastion military base to Afghan security forces Sunday. This has considerable implications for British allies abroad, the United States in particular — we're now going it just a bit more alone in the Middle East than we once were — but for countless Britons around the world, this is great news.

Camp Bastion was located in Helmand province, a particularly bloody front in the Afghanistan war — as The Guardian notes, it was in Helmand that the great majority of the UK's 453 military casualties took place. The base was handed over to Afghan forces in a joint ceremony with American troops, with both the U.S. and U.K. flags being lowered for the final time. While the U.K. didn't suffer nearly as many soldier deaths as the U.S. has over the same period (the BBC sets the current American death toll at 2,349), any amount is obviously too much, and it'll be relief to the people of Britain to know many of their servicemembers are coming home safe.

While it's obviously good news, the occasion wasn't without some sober reflection. According to The Guardian, British defense secretary Michael Fallon acknowledged that conditions in the war weren't supported as fully as they should've been.

According to Fallon, most of Britain's troops will be home for the Christmas holiday this year, while a few hundred will stay for training purposes. This is a common situation when combat operations end, and wars are declared over — there's almost always some amount of residual forces that end up staying behind in a supportive capacity.

This is something America can relate to. There's no clear and concise end coming anytime soon for our Afghanistan War, already the longest in U.S. history — in fact, there's evidence that the contrary will be true. While combat forces are slated to be removed by the end of 2014, the U.S. entered into a bilateral agreement ensuring that American forces would be allowed within Afghanistan until 2024.