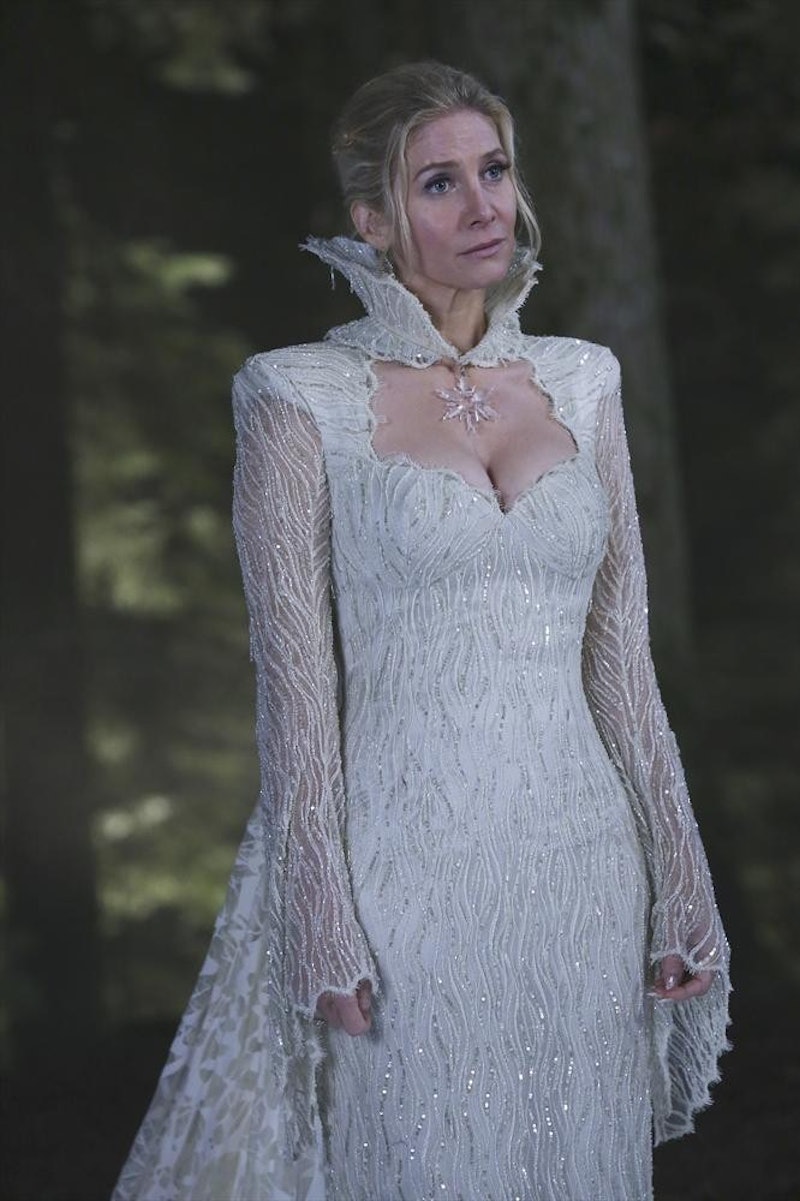 This woman has to have centuries' worth of bad luck hanging over her head. Honestly, it stresses me out just thinking about it. The Snow Queen has been Once Upon A Time's most mysterious Season 4 character yet, even with last Sunday's episode revealing that The Snow Queen's real name is Sarah Fisher. But on Sunday night's new episode, "Breaking Glass," OUAT revealed The Snow Queen's goal and, unsurprisingly, it involves actually breaking glass. Mirror glass, to be precise.

I've officially stopped being surprised by what OUAT's unhinged villains will do because, apparently, they're not even close to superstitious. Even though, in Sarah Fisher's case, she's incredibly paranoid about being ostracized by society because of her powers. (Newsflash, lady, they're probably ostracizing you because you're E-V-I-L.) But anyway, back to what's important about "Breaking Glass," and that's the fact that The Snow Queen has been breaking magic mirrors to put together one, big, magic mirror. Yes, you read that right.

On Sunday night, Sidney, who Regina trapped in a mirror back in the Season 4 premiere, led the former Evil Queen and Emma straight into a Snow Queen trap. Why? Because Sidney was working with The Snow Queen in exchange for, surprisingly, freedom with no strings attached. That's right, The Snow Queen DGAF about Sidney's service — she just wanted Regina's magical hand mirror for the last magical piece of her larger mirror puzzle. But why is this woman risking years and years of bad luck just to put together an ornate mirror? Well, apparently, it's the only way to get her family back. Which leaves OUAT fans with another question: Who the hell are The Snow Queen's family members and where did they go? Did they trap her in the urn? Why?

As usual, OUAT answered one question with five more questions, but at least we now know why The Snow Queen waited until now to reveal herself. She'd been biding her time until Regina created a portable magic mirror and now she's going to go ahead with what's sure to be a riveting plan to find her "family."