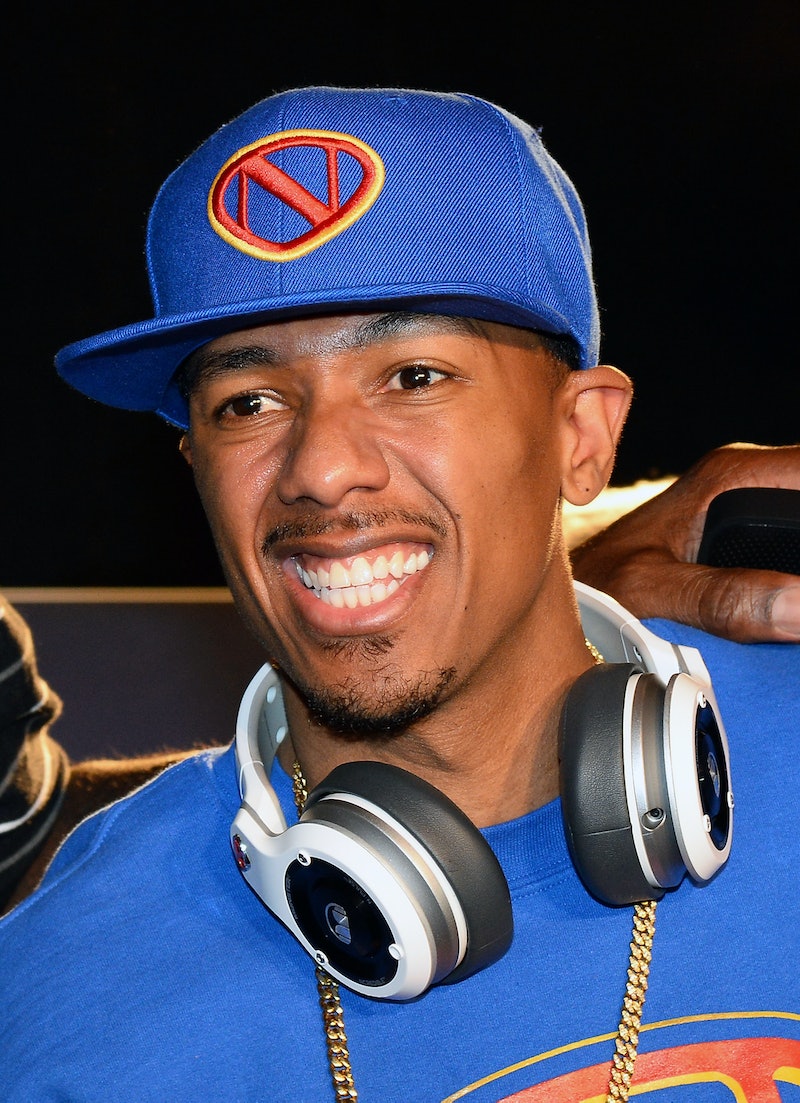 For those who have not yet been enlightened, Nick Cannon apparently has a lot of nostalgia for his movie days. Thankfully, he chose to move past making a sequel to his film Underclassman (yikes, remember that one?) and instead made a second feature to go with his 2002 entertaining-as-hell movie Drumline. The new sequel, Drumline: A New Beat , airs Monday night on VH1 and it is chock full of the best moments from the original film — mainly the drum solos and the drumline battles. But who remembers what happened in the original Drumline ?

Do you remember where Nick Cannon's Devon Miles goes to school? Do you remember the name of his other drumming friends? Or do you remember that Orlando Jones from Sleepy Hollow plays Devon's strict but ultimately smart and open marching band instructor Dr. Lee? Well, before we get too immersed in the exciting new world of Atlanta A&T University in Drumline: A New Beat (yes, it's the same school from the original movie), let's take a moment to pull a Nick Cannon and share some nostalgia over the original and classic Drumline.

What happened in original movie? Why make a sequel at all? Well we can't answer that second question but we sure as hell can answer the first. Let's get to it drumming and Nick Cannon fans.

When we first meet Cannon's Devon Miles, he has just graduated from high school in the Big Apple and has been recruited for the Atlanta A&T marching band. On the bus on the way to the school he meets new friends who are also part of the A&T drumline. The students all go through vigorous training and then must prove their talent by auditioning to see which section of the band they'll actually be placed into at the beginning of their journeys. There's P1, the highest spot, which most freshman do not make. But who makes it? Our very own Devon. Aren't we just so proud? Devon calls his mom and tells her the good news by saying "just wanted to let you know everything is everything." Clearly, Devon is already getting cocky about the talent we all know he has.

During practices before and after P1 status, Devon works with Sean the percussion leader who quickly gets really annoyed with Devon's cockiness and his lack of attention and respect. Devon also meets a dancer by the name of... oh who cares, it's Zoe Saldana. She's an upperclassman, but is so charmed by Devon that the two start dating. Things are going fine even when it's revealed that Devon can't read music and is demoted to P4. He gets reinstated thanks to pressure from the university president, further giving Devon a giant head in the process. But the last straw for Zoe Saldana is when Devon makes an ass out of himself at the A&T homecoming game when he insults the other band by playing on one of their drums. Apparently that is a sign of disrespect in the drumline community (the more you know, am I right?). Devon gets kicked off the drumline by Dr. Lee as a result. And he totally deserves it.

Meanwhile, Dr. Lee is dealing with quite a bit of pressure from the university president who says he needs to play more modern and hip music to attract butts in seats, aka dollar bills for the school. But Dr. Lee is like Devon in that he's stuck in his own ways as well and just really loves hearing the band play "March of the Bumblebee."

Devon tries to contact A&T's rival school Morris Brown College to get a spot on their drumline which the rival marching band director offers but only if Devon gives up what Dr. Lee is planning to have the A&T band perform at a giant band competition called the BET Southern Classic. Devon refuses to spill any secrets, finally lets go of that dumb cockiness and decides to fight to get back into the good graces of Dr. Lee and the A&T drumline. He starts taking classes for sightreading and after airing out their issues, he works with Sean to help write a piece that will be perfect for the BET competition.

Dr. Lee agrees to try it out (without Devon playing in the band) and it is a huge success, tying their band with Morris Brown. The final showdown see Devon back on the field with his drumline in an epic drum-off between A&T and Morris Brown. Morris Brown plays dirty but in the end A&T's band are the victors! And it's of course all thanks to Devon and Sean. Devon and Zoe Saldana are also reunited! Happy ending for a happy movie!

So how exactly will the Drumline sequel top that? Well obviously the drum solos better be on point, but the new film also shows Devon and Sean working together to get the new drumline and marching band at A&T whipped into shape. It's been several years since A&T won the BET classic and Sean and Devon are ready for the new crop to bring the trophy back home. Who else can't wait to see if they do?