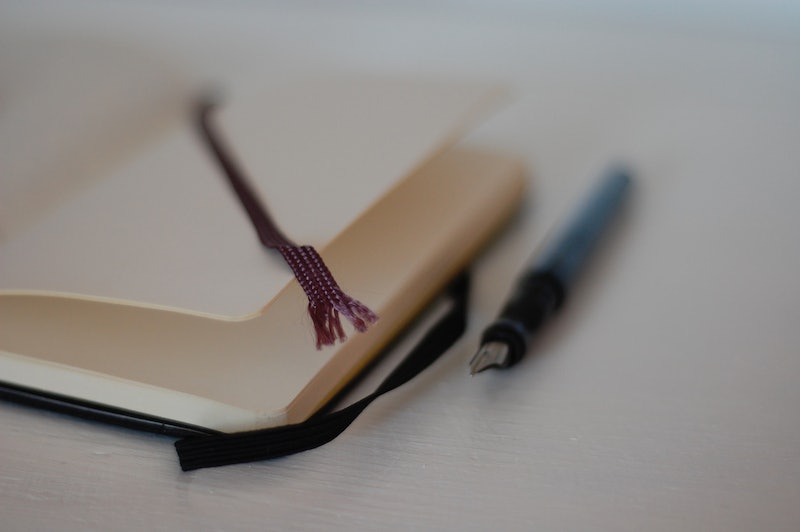 You might not see the novella McGlue on A Hot Books for Fall list or touted as a Great Stocking Stuffer, but, regardless, Ottessa Moshfegh's debut should be on the top of your to-read list. Rivka Galchen selected Moshfegh’s brutal and beautiful book for the 2013 inaugural Fence Modern Prize in Prose, which honors the best in open-form prose with a cash prize and publication by the eponymous indie-superstar press. Much renowned in the poetry world, Fence is gunning for the fiction market with Moshfegh’s blood-curdling tale of a young, alcohol-addled sailor, who may or may not have killed his best friend.

A frequent contributor to The Paris Review, Moshfegh keeps a slim online presence at best, which means her fans are always hungry for her next piece. She is a writer’s writer, and one of the most multitalented new voices to come along in years. Moshfegh's forthcoming work, a novel titled Eileen and an untitled collection of short stories, will be coming out on Penguin, and I’ll bet that we’ll be seeing her name for a long, long time. And let’s raise a glass to that: Moshfegh’s writing gives voice to characters on the brink of decency; her sentences alternately ricochet and stream-of-conscious Virginia Woolf to shame. Big names including Jeffrey Eugenides, Gary Lutz, Brian Evenson, and Rivka Galchen have sung her praises. If you’re wise, you’ll heed the masters and listen up.

Here are seven reasons to read her now:

As William Styron put it in his 1953 letter in the first issue of The Paris Review, the magazine welcomes “good writers and good poets, the non-drumbeaters and the non-axe-grinders. So long as they’re good.” Since George Plimpton, Peter Mathiessen, and Harold L. Humes founded the magazine, the likes of Jack Kerouac, Philip Roth, and Mona Simpson have debuted in the Review.

Also known as the Discovery Prize, the Plimpton Prize is awarded annually to a writer appearing in The Paris Review for the first time. Previous winners of this $10K-purse award include Elizabeth Gilbert, Julie Orringer, Wells Tower, Yiyun Li, and Benjamin Percy, but only Ottessa Moshfegh won the prize for two stories (“Disgust” and “Bettering Myself”) appearing in the Chanel of lit mags. This signals that she's a prodigious talent to watch.

“Disgust,” which appeared in The Paris Review in 2012, is the story of the middle-aged Mr. Wu, who pines for the woman who manages a computer arcade he frequents daily. Set in China, “Disgust” is a tragedy filled with alcohol, debasement, visits with local prostitutes, awkward text messages, incidental repulsion, and other side effects of un-understood emotions. But what makes this story incredible is Moshfegh's narrative control. Told in a restrained third-person, "Disgust" is a story replete with grime and grace that never fails to depict the full-range of its characters' humanity.

While Moshfegh explores similar themes in “Bettering Myself,” the voice could not be more different. Set in an urban school, the math-teacher-narrator, Miss Mooney, is a recently divorced alcoholic — a hot mess whose problems are so out of control she keeps a sleeping bag in the back of her classroom so she can pass out between classes. Juxtaposing the shocking with the profane, "Bettering Myself" will make you laugh out loud (i.e., when the narrator announces to her students: “My boyfriend and I don’t use condoms. That’s what happens when you trust somebody.”) and pause in grave shock ("I’d been up on bad cocaine and drinking for days. I’d roped a few men back to my apartment and showed them all my belongings, stretched out flesh-colored tights and proposed we take turns hanging each other. Nobody lasted more than a few hours.") and appreciate the clear-eyed sureness of Moshfegh's writing.

3. SHE'S BEEN AWARDED THE STEGNER FELLOWSHIP AT STANFORD...

...and past recipients have gone on to do amazing things. Case in point: Raymond Carver, Larry McMurtry, Thomas McGuane, and Tillie Olsen are just a few of the writers who have been awarded the prestigious fellowship. Often a gateway to major literary fanfare, recent recipients have included NoViolet Bulawayo, James Gavin, and Molly Antopol. This fellowship offers writers two years of funding in one of the most competitive programs in the country. Moshfegh’s term as a Stegner ends in 2015, by which time we’ll all be eagerly awaiting her novel.

4. MCGLUE IS AN INCREDIBLE BOOK

“I swallow some blood, a tooth,” writes Moshfegh in McGlue. Part-ghost story, part-detox horror, this novella

tells the story of McGlue, a soused New England sailor, imprisoned for having murdered his best friend, Johnson. Kept company only by slop buckets of excrement and the lowly deckhands, McGlue’s solitary confinement writhes with the headaches and tremors of withdrawal and realization.

In McGlue, Moshfegh’s facility with voice (here she’s inhabiting that of a 19th century scoundrel) competes with her ability to expose the gritty, mucky corners of the human condition. “Nothing doing but dark hearts,” McGlue contemplates, showing the reader the omnipresence of so many eternal midnights.

5. NO, REALLY, JUST READ HER STORIES

Moshfegh’s fiction rewards repeat reads — and long pauses to ponder just how she makes behavior so revolting sound so good. Partially, her sense of humor keeps these stories buoyant, even when characters are “sick for death, dirt, anything wreckish, darkened, just out of reach,” as in “The Chaperone.” In “A Dark and Winding Road,” for instance, a deviant husband indulges in some inappropriate adult-sibling rivalry; in “The Weirdos,” winner of a 2014 Pushcart Prize, the first line introduces the narrator’s droll sense of humor:

On our first date, he bought me a taco, talked at length about the ancients’ theories of light, how it streams at angles to align events in space and time, that it is the source of all information, determines every outcome, how we can reflect it to summon aliens using mirrored bowls of water.

“Writer, rarely on here” is the description of Moshfegh’s Twitter. Facebook turns up a nondescript author page. In the age of writers and celebrities splashing about social media, Moshfegh’s faint digital footprint heightens her elusiveness, her allure. Yes, a quick Google tells you she’s from Boston and received her MFA at Brown, but the drought of personal information suggests Moshfegh herself really wants her readers focused on the work.

7. HER SENTENCES ARE ALL KINDS OF GOOD

Her prose is breathtaking, inventive, and electric. Moshfegh’s writing ranges from bawdy to refined, from single-word self-imperatives (“Drink.”) to half-page, labyrinthine paragraphs, like this one from McGlue, which transforms a list into a character dissection:

The world of DRY GOODS is luxury: doeskins, vestings, all wool tweeds. Colored cambrics, printed cashmeres and fancy Earlston ginghams. Velvets. All that soft wadding. I imagine it’s Johnson’s natural habitat, a cradle filled with fluffy silk pillows. He sought out these rank and fuck-it muddy pastures, the shit I showed him. He was just a student misery. He had this idea that there was something like grace and victory to be found in smiting your good fortune, choosing the worst. In answering what he would do with is life say to follow the most putrid path, to ruin his life. See, he was all kind and mete when I met him that night in the snow. By Spain he wasn’t impressed by anything. Spat on whores in Seville and thought himself worldly, that moron. And later shed tears on the ship to me, speaking what I thought at the time were really heartwrung philosophies. Life words. And I awoke for him, always, to listen. To me it felt like more than conversation. But I don’t think he ever had much respect. I was like a heavy bleached cottonade that would hold a lot and show much what he spill. A vanity. But by that time I was already drunk on him. And I told him how it felt to wear the cloak of his shit. It felt good, I said. It felt better than drunk, I’d tell him.

Have your eyes peeled, I'm telling you.