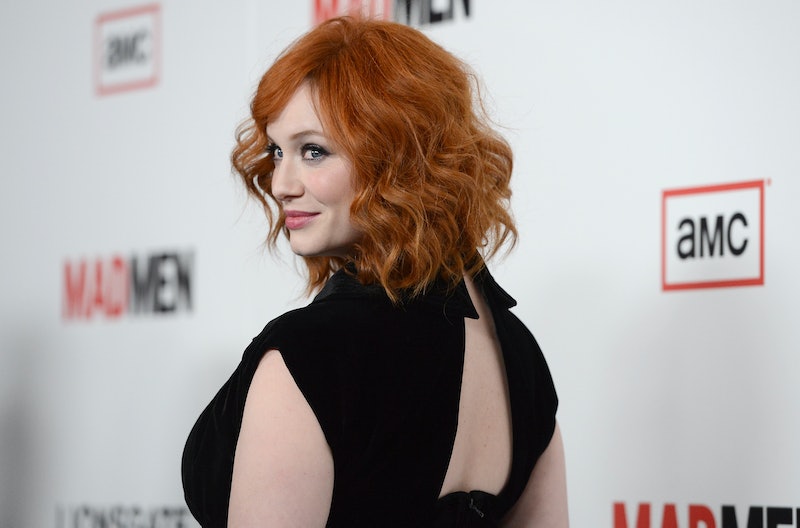 We previously shared last month that Christina Hendricks would play Krissi Cates, a stripper with a secret, in the upcoming film adaptation of Gillian Flynn's novel, Dark Places, out next year. But she's since received and upgrade.

In an update from Deadline.com posted yesterday evening, Hendricks is now set to play the murdered mother of Charlize Theron's Libby Day, Patty Day. Hendricks' costar in the film, Samantha Morton, was initially set to play the role of Day but recently dropped out, leading producers to offer the role to the Emmy-nominated Mad Men star.

The character of Patty Day will appear in the film through a series flashbacks that lead Theron's character to the truth about what really happened to her family. With this role, Hendricks will appear as a part of the murdered family that is central to the plot of the novel and its adaptation.

The film, like Flynn's novel, will follow Theron's Libby as she sifts through her memories to reveal that perhaps her family's murder was not what it appeared when she testified against her brother in court.