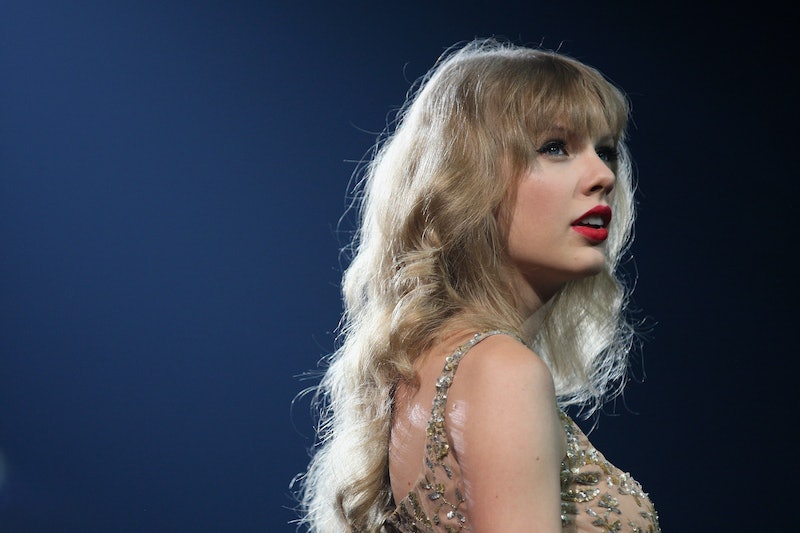 When a major pop star releases new music, the public is often quick to draw comparisons to other artists' work. So, it comes as no surprise that some music fans are now claiming that Taylor Swift copied Lana Del Rey on her new album, 1989. Apparently, Swift's song "Wildest Dreams" is what sparked the controversy. Oh dear. These people aren't entirely wrong — I can definitely hear some similarities between "Wildest Dreams" and Del Rey's material... but I wouldn't say that Swift "copied" the "Video Games" singer, necessarily. Was Swift inspired by Del Rey? It's totally possible — but that's not the same as copying her.

So, why are people saying that Swift jacked Del Rey's style? There are a few reasons. First of all, "Wildest Dreams" has a grand, cinematic feel to it — similar to Del Rey's "Young and Beautiful," for instance. But as far as I know, Del Rey hasn't copyrighted the use of strings in pop music, which is, in my opinion, what gives these two particular songs their sweeping sound.

Second, "Wildest Dreams" covers some familiar lyrical territory. I mean, the song's about Swift's attraction to a bad boy who's "tall and handsome as hell" — Del Rey has built a career out of singing songs about good-looking guys who are (supposedly) "no good."

However, you could argue that Swift has, too.

Finally, "Wildest Dreams'" chorus is reminiscent of Del Rey's song "Without You." This is probably the most compelling evidence for copying, but because Swift has never been accused of this sort of thing in the past (at least, not that I'm aware of), I'm willing to give her the benefit of the doubt. Check out both Swift's "Wildest Dreams" and Del Rey's "Without You" below and decide for yourself.