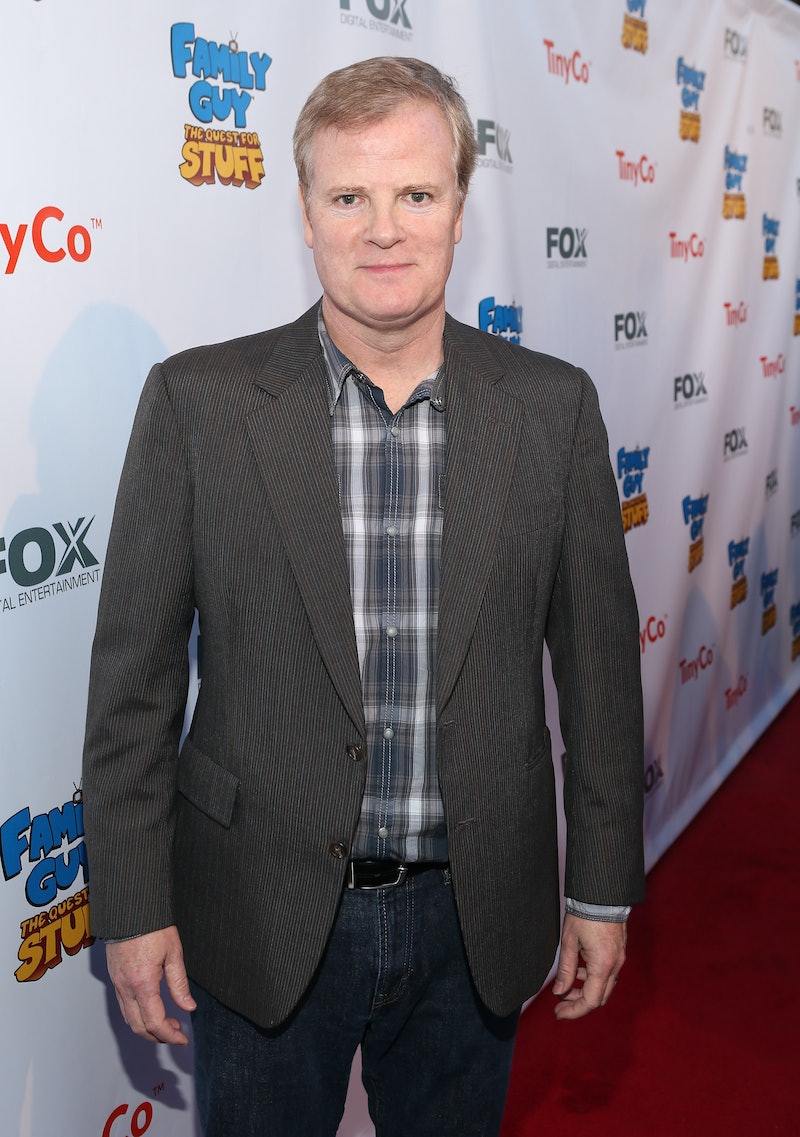 It's time for Halloween at the Dunphy house, which of course means something is inevitably going to go terribly wrong, as it always does on the Halloween episode of Modern Family . Jerry Lambert guest stars on Modern Family this week, but who exactly is Jerry Lambert? Besides being a permanent guest star (he's basically starred in one episode of every show since the '90s), you may remember the name Kevin Butler, the famous PlayStation spokesman.

Lambert plays Matt this week and besides the name, we don't know much about his guest star role, but if I had to guess he is probably a guest at Phil Dunphy's Awesomeland Halloween Party. In the third Modern Family Halloween episode, Claire let's Phil handle the party this year since in the past, we know she's had difficulty with scaring all the children. Phil creates "Awesomeland" instead of a scary haunted house. Gloria wants her and Jay to dress up as Fiona and Shrek, but Jay really just wants to be prince charming and from the previews it looks like Cam is dressing up as Superman this year. If Lambert doesn't come to Phil's Halloween extravaganza, there is also a chance he might be playing a stenographer dressed up as a spider that distracts Mitchell from his closing argument on a case. Check out a sneak peek of the episode below.

Since Lambert can't be found in the preview, here's a look at what else he's been in.

Jerry Lambert was the official Sony PlayStation spokesperson, until he was sued by the company that is. As reported by The Daily Mail, after signing a contract to become Kevin Butler, the "VP of everything," Lambert appeared in a Bridgestone commercial playing Mario Kart on the Nintendo Wii and Sony was not happy. They sued him, took him out of the ads and said that the "use of the Kevin Butler character to sell products other than those from PlayStation misappropriates Sony's intellectual property, creates confusion in the market and causes damage to Sony." They ended up settling in court, but he wasn't allowed to appear in video game commercials for two years and even after that he had to inform Sony of any video game related ads.

Jerry Lambert is basically the ultimate guest star. I'm actually surprised that Law & Order: Special Victims Unit hasn't brought him in to play a creepy suspect because everyone has been on that show. However, Lambert has appeared on everything from 7th Heaven and Baywatch to Brooklyn Nine-Nine and Shameless. His one-time guest star roles also include: 3rd Rock from The Sun, Ally McBeal, Angel, Sabrina The Teenage Witch, The West Wing, That '70s Show, Greek, and more.

Lambert's reoccurring TV role wasn't quite as successful as ABC hoped it would be. It was kind of like Brothers & Sisters (which Lambert also guest starred on) and Parenthood, but attempted to be more comedic. The show only lasted for one 11-episode season before it was canceled.

In 2011 he had a role in the Cameron Diaz movie with Jason Segel and Justin Timberlake, playing the father of a student. His role was likely too small to remember, but you probably saw him and thought, "Hey isn't that the guy from the PlayStation commercials?"

In 2007 Lambert appeared in a movie with Diane Keaton titled Smother about a guy (Dax Shepard) who after being fired from his job, finds his mother at his door, ready to live with him. The movie doesn't seem great, but Diane Keaton is the best, therefore it's worth it. Lambert plays Shepard's new boss at a Walmart-type place. Basically if you're in the mood for a mindless comedy, Smother is perfect.