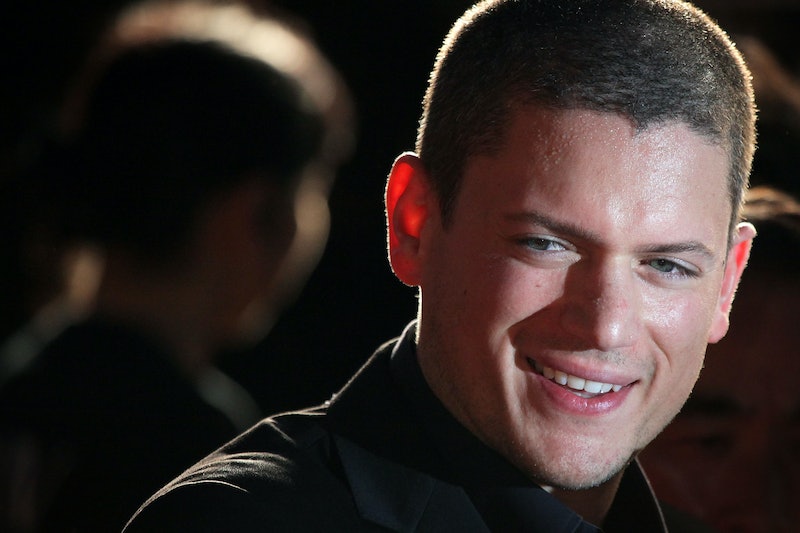 I'll admit it, I'm not the most familiar with DC Comics. I know my Clark Kents from my Oliver Queens, but I'm more of a Marvel girl. For that reason, I have appreciated that The Flash is giving us new comic book heroes and villains every week. I'm learning so much in this crash course. Flash course? Nope. Anyway, this week we will meet Leonard Snart, also known as Captain Cold. More chilly villains on television! The curse of Frozen continues! This cool guy will be played by Prison Break star Wentworth Miller. I still remember Wentworth Miller from Dinotopia, but I was a weird kid. I don't think that show was too popular. I'm glad he's found other success in his life. What has Wentworth Miller been up to since Prison Break ? The answer may surprise you.

Did you already know that Wentworth Miller is an International Man of Mystery? His full name is Wentworth Earl Miller III. He was born at Oxford University and studied English at Princeton. So fancy, I hear he does car commercials in Japan. Not only that, he came out as gay in the summer of 2013 following the discriminatory legislation in Russia. He was invited to a film festival and politely declined because as I just proved, he is a very classy fellow. He is involved with The Mankind Project, a group aspiring to re-design masculinity. He's just been being Wentworth Earl Miller III and that's awesome.

He did some acting

Beside his upcoming stint on The Flash, seen above, Wentworth Miller scored a few guest appearances on television and a pocketful of film roles. He appeared in episodes of House (remember when House was a thing) and Law and Order: SVU. He starred in the thriller The Loft with James Marsden. He also voiced "Deathstroke" in the animated DC Comics series Young Justice. Honing his genre chops, he joined the zombie horror franchise Resident Evil, based on the video game series by the same name. He started in 2010's Resident Evil: Afterlife and will appear in Resident Evil: The Final Chapter in 2016.

Maybe he's written more, but these two were produced! Good for him! Wentworth Miller has two feature screenplays under his belt. Stoker , which was released in 2013, is about a mysterious uncle who comes to stay with his newly discovered family. It starred Matthew Goode, Mia Wasikowska, and Nicole Kidman. Stoker made "The Black List" in 2010, an annual list of the best unproduced screenplays in Hollywood. Miller has another script, The Disappointments Room , coming out in 2015. It stars Kate Beckinsale and Lucas Till and is also a thriller. Horror films and thrillers are definitely his type, and now I'm a little scared for him to become Captain Cold.

The Prison Break star told Details magazine this August that he started writing as a way to cool off from acting for a spell. "I knew I needed a change. I was fried after four years on an intense network drama. The body-tattoo makeup alone took four hours every day. So the idea was to see what was behind that other door."