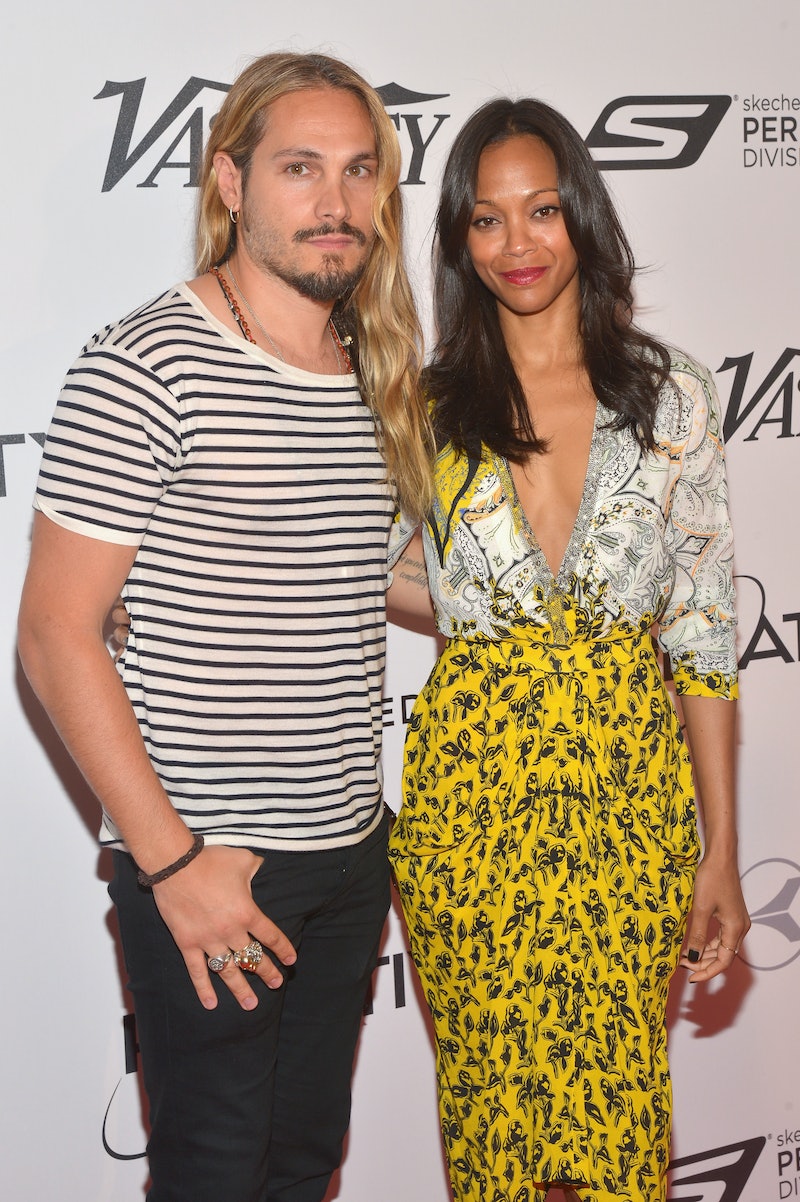 Someone get a hold of the Enterprise! Call Starlord! Plug your blue tail into a tree and tell the entire Na’vi community of Pandora! It's a cause for celebration in several fictional universes and beyond — yes, including Peter Gallagher's American Ballet Company from Center Stage — because, according to The Mirror, Zoe Saldana allegedly welcomed twin boys into the world with husband Marco Perego. Yes, after sharing news of her pregnancy during the summer, the Saldana-Perego twins have arrived at a Los Angeles hospital on Monday, The Mirror reports.

According to an anonymous friend of the couple quoted in the article, "Zoe and Marco are delighted. Zoe has been ready to drop for some time and they are both ecstatic to be meeting the twins. This a dream come true for both of them [and] they are absolutely delighted. They have been looking forward this day for the last nine months." The potentially new parents have yet to make any kind of official announcement, and it's quite possible we're jumping the gun here, but if the rumors are true then this is incredibly exciting. The twins are the actress and the Italian artist's first children but, allegedly, the couple's looking to having a big family. Maybe that's why they efficiently had two right off the bat.

It sounded like Saldana enjoyed her pregnancy, telling Craig Ferguson that she was hungry all the time, enjoying burgers, and staying up late binge-watching crime shows. And she shared on Ellen that her and Perego's parents had been leaving her voicemails with baby name suggestions ranging from Rocco and Giovanni to Luigi and Antonio Ramon. Personally, I love all of them, and luckily she can pick two or four, considering middle names.

Congratulations are in order to the alleged new parents, of course, and I cant help but feel that Saldana's sci-fi friends would have plenty of advice and well wishes to relay too. Even if they are from fictional universes far away in space and in time, I'm sure they would love to know that Saldana's babies are doing well. Whatddya say Spock?