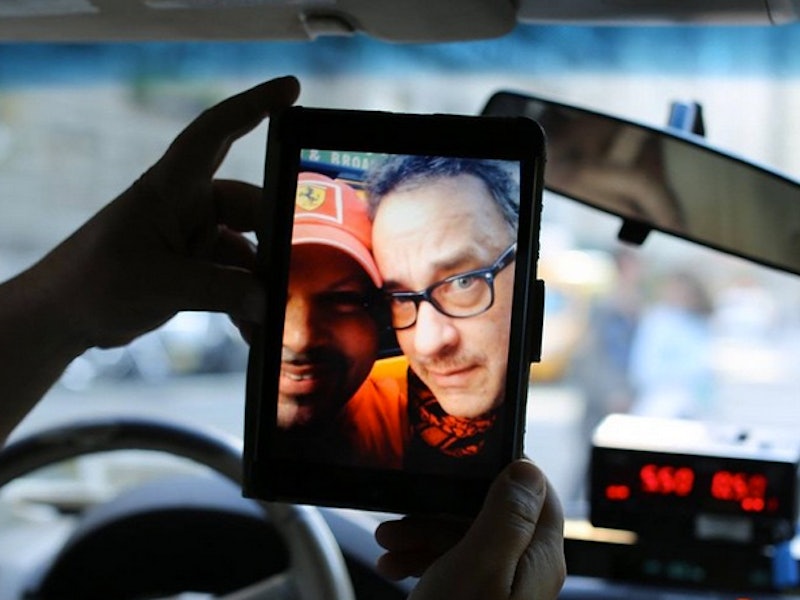 American treasure and quality human being Tom Hanks is always just out there, living his life. Do you ever think about that? He had breakfast just like you had breakfast this morning! Just personing, like the rest of us, but as Tom Hanks. Sometimes he even takes cabs, and sometimes out of those cab rides come great Humans Of New York stories starring Hanks, WIILLSSOOONN, and a guy now immortally known as Mr. Ferrari.

Humans Of New York has uncovered hundreds of memorable anecdotes throughout the years, but this one is definitely one of my favorites. Somewhat akin to that time Bill Murray took over driving a cab so that the original driver could practice his saxophone, this one involves the bonding of two strangers over a taxi ride. This one also extends beyond that one fateful ride, though, into many other cab rides with strangers and, eventually, a reunion at Hanks' Broadway play (and Nora Ephron's final work) The Lucky Guy. Hanks and Mr. Ferrari will now go down in history as one of the world's great BrOTPs, and that is just as it should be.

You can read the full story below and bask in the anecdote. Warning: May also trigger feelings of jealousy over Tom Hanks not being your kismetic best friend.