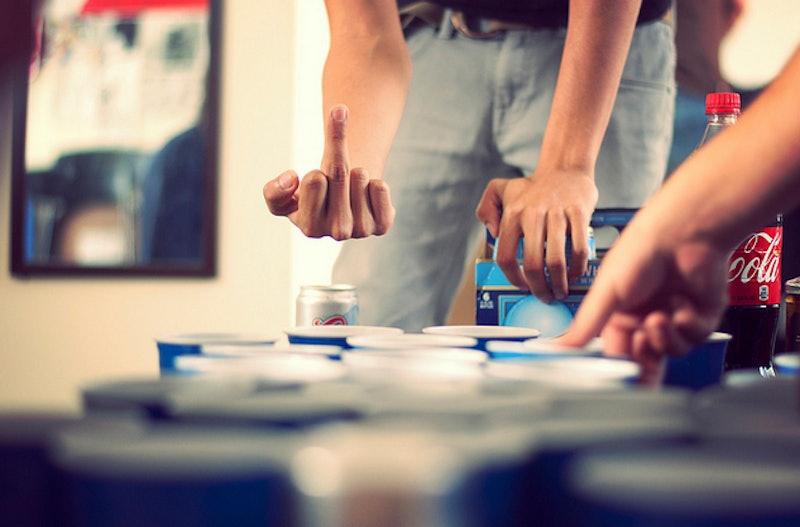 Analysis of call-center data out Friday reveals that native Ohioans swear more than any other Americans. To which New Yorkers respond, go fuck yourselves.

The national study by the Marchex Institute—which made good use of time by studying 60,000 phone conversations to record those pesky F-bombs (and A, and C, and so on)—also revealed that Washington state-dwellers use the least profanity. It's too pretty up there. Nothing to be angry about.

Ohio, (aka the swing state where presidential races are disproportionately decided) has also been placed on the study's "Least Courteous" list, which was determined by the prevalence of the words "please" and "thank you" in the calls. Following Ohio in rudeness is Maryland, New Jersey (shocker), Louisiana and Illinois. Most of the sites that ranked high on the courteous list were from the south. Gotta love those niceties.

Men were responsible for up two-thirds of the recorded profanity. And in the Least Newsy News Ever category, the study also discovered that calls in the morning produce twice as much swearing as evening conversations. (Probably before coffee.)

Here's a clip from Hot In Cleveland that features binge-drinking, boob-grabbing, sex-chat, and not one swear word. So maybe Ohioans are just busy doing other things.

(Also in Cleveland news, it was reported today that the city is the tenth dangerous in America, with the second-highest robbery rate in the nation. So maybe that explains some.)