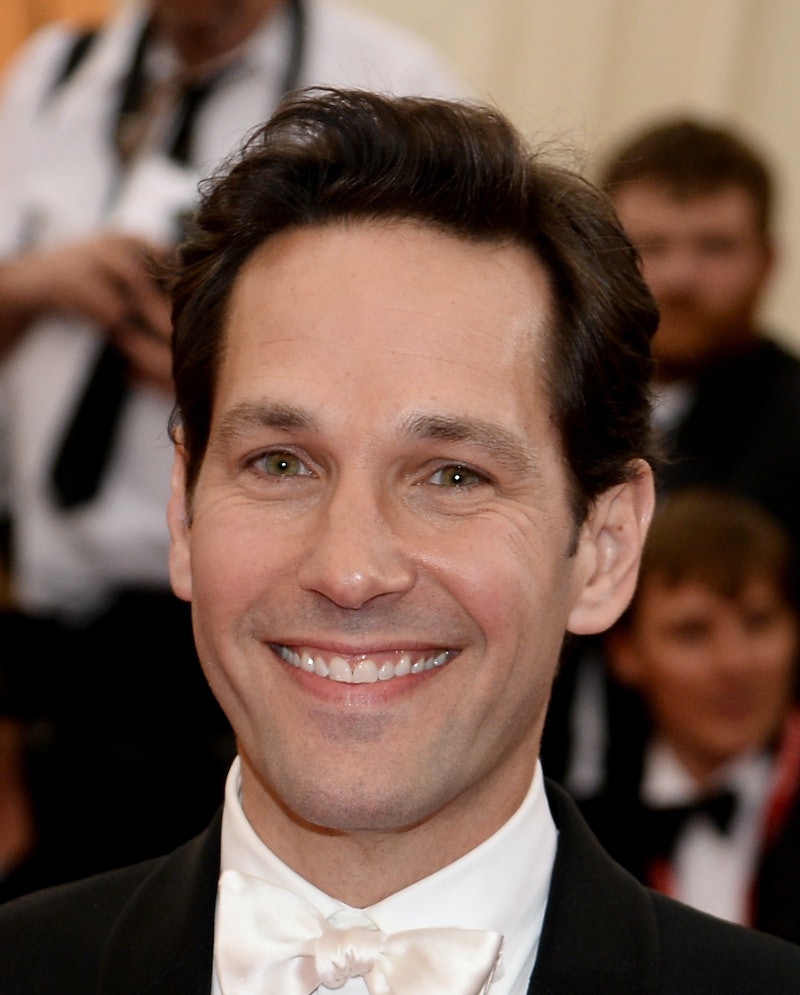 It's a bird, it's a plane, no... it's Paul Rudd! Oh wait, no it isn't. Apparently, Paul Rudd has a do-gooder twin (or alter ego?) who is off saving the world (or Texas). The doppelgänger confused everyone on the web into thinking that Rudd had done a pretty amazing deed of helping to subdue an irate, homophobic attacker in an airport. The Daily Mail explains further saying, "Actor Paul Rudd has denied being one of the passengers who helped take down a homophobic man who kicked a man at a Texas airport." I mean, there are definitely worse things to be wrongfully accused of, but that's the Internet for you: a really bad, uninformed game of Telephone. Whatever, this time the only repercussion was that everyone thought that the actor was even more awesome than they already knew he is. Not so bad.

Rudd does have one confirmed super power though, and that's being positively adorable. But, in all fairness to the continued Internet mob mentality of seeing two words in a headline and running with it, this dude really does look a hell of a lot like the Friends alum. So much so, that I was questioning if Rudd did, in fact, have a Clark Kent, Peter Parker-esque thing going on where he spreads peace and justice on the serious DL.

And he flies to wherever he's needed on a moment's notice, even for the little things...

LIKE WHEN JIMMY FALLON IS IN NEED OF A GOOD HUG

OR TO GIVE MCLOVIN AN INSPIRING PEP TALK

But he always makes sure to do the big things just in the nick of time, like...

OK, even though he doesn't actually do all of this and his clone is really the one we should be thanking for his bravery, just remember this: