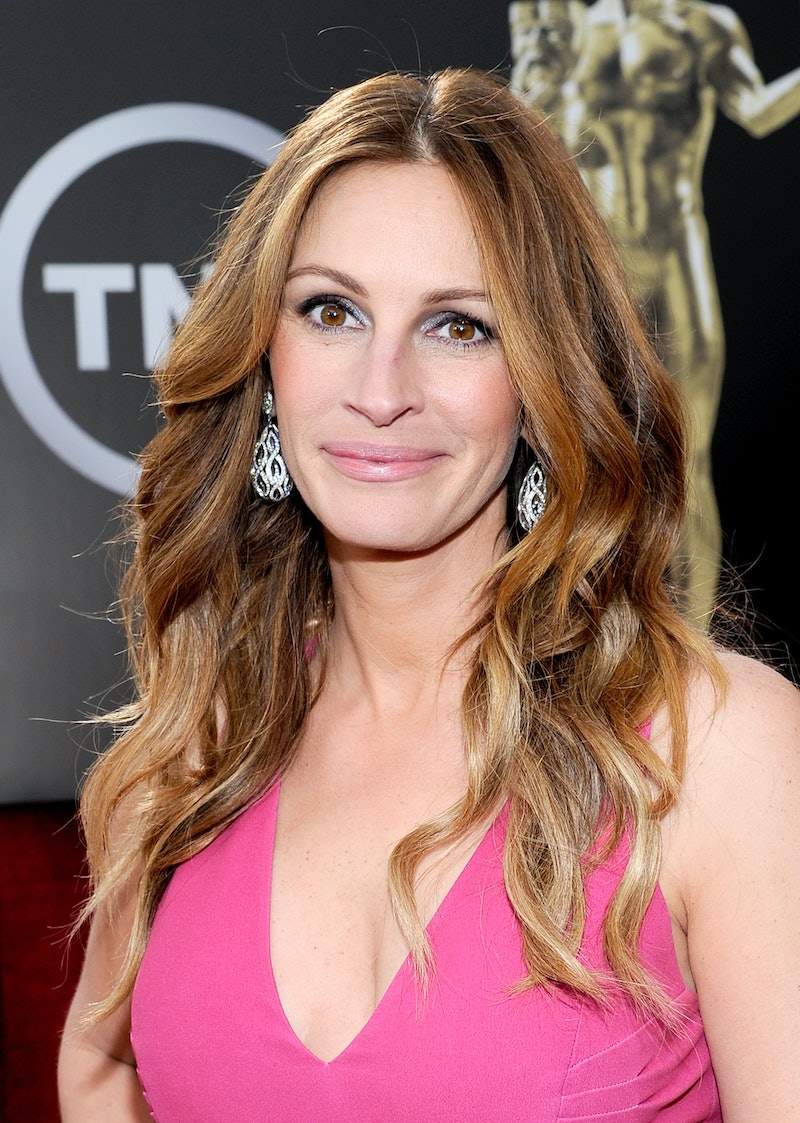 In a culture full of surgeries, injections, and lifts, it is actually an anomaly when a celeb goes au naturale. Electing not to do something rarely makes headlines, but in Hollywood, it most certainly does. Julia Roberts revealed that not having cosmetic procedures was actually a big risk for her career. How can this be? Roberts has been America's sweetheart forever. How can her career be in danger because she refuses to get a nip and tuck? I mean, she's the spokesperson for Lancôme. She looks beautiful and not just for a woman of a "certain age." She's only 47, by the way.

In an interview with the British magazine You, Roberts talked about how it was a tough decision for her not to succumb to plastic surgery: "By Hollywood standards, I guess I've already taken a big risk in not having had a facelift." It is just crazy to me that she even has to think about that, let alone state it publicly. Julia Roberts is a successful actress, philanthropist, and model for beauty products, I cannot imagine anyone in his or her right mind criticizing Roberts for her looks. And on a superficial side note, she is absolutely stunning. She looks hotter than I will ever look and she is twice my age.

In all honesty, I think that it's a shame that someone electing not to get plastic surgery is, as Roberts seems to see it, controversial. Undergoing risky, life-threatening procedures should not be the norm. For the record, I have nothing against plastic surgery nor do I look down on anyone who has been through a procedure. I just do not think that the standards of perfection need to be this high. Being your natural self should not be something that makes headlines. With that being said, I imagine that being Julia Roberts comes along with a lot of pressure. She has the money and the connections to get whatever she wants for herself, so I admire her for saying no to cosmetic procedures.

There's nothing wrong with taking care of yourself or trying to boost your self-esteem with some health and beauty indulgences, and there are plenty of ways to do this with and without cosmetic procedures. Still, I think that women should admire Roberts for her stance on plastic surgery. Roberts also told the magazine, "I've told Lancôme that I want to be an aging model. They have to keep me for at least five more years until I'm over 50." I think that's pretty awesome. Beauty standards need to be more realistic. Yes, I am well aware that Roberts has access to the best fitness and beauty regimens that us civilians could never dream of, and I think it is OK to work on yourself and do what makes you feel good — it is just safer to look at other options before undergoing surgery.

More women need to get into this Julia Roberts mindset of being happy with what you have and not immediately succumbing to get work done. Roberts is like that famous aunt I wish I had, and I am proud of her for taking this stance publicly. I hope that other women take her words to heart and follow her lead.