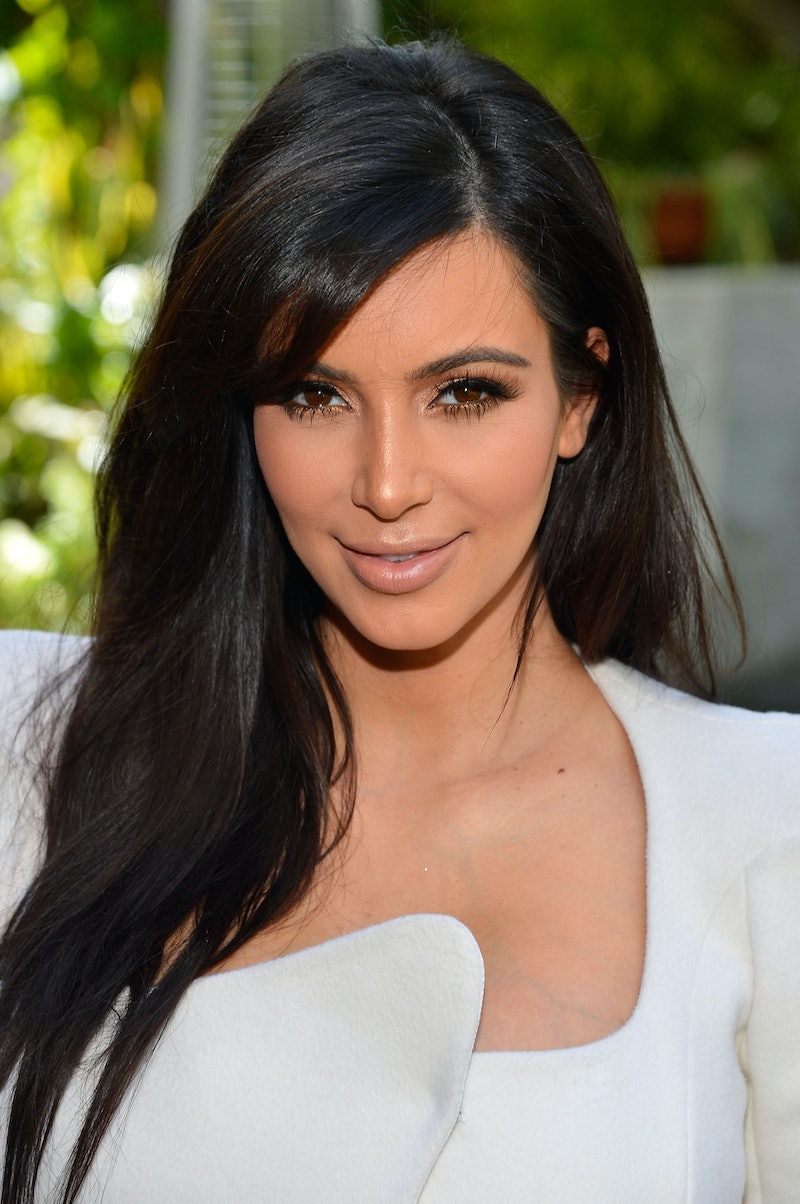 I am going to preface this by saying that I sip the Kardashian Kool-Aid. I watch Keeping Up with the Kardashians, I follow all of the Kardashians/Jenners on social media, I wear the perfumes, I downloaded the Kim Kardashian: Hollywood mobile game, I even had a picture of Kim Kardashian crying on the back of my phone case. I do make fun of the ridiculous quotes and selfies like the rest of the world, but I am definitely a fan of their personalities and their work. Yes, I said "work." Speaking of their work, Kim Kardashian was a guest speaker at the Code Mobile conference. And this was a move that likely had people scratching their heads. Kim Kardashian, who first came into prominence from a sex tape release and reality TV show, speaking about technology? Why was she there? What does Kim Kardashian have to contribute to the discussion? In all honesty, a lot. To start off the talk, Kardashian was asked "Why do people not take you seriously?" and that is a question that I have as well. With my fandom aside, I believe that Kim Kardashian is a great business woman and should be taken seriously for many reasons.

She Is a Very, Very Successful Reality Star

This may seem odd as my first point of defense since it is constantly detracting from Kardashian's credibility; however, she has been on Keeping Up with the Kardashians for 10 seasons. Kardashian even pointed it out saying, "We have more episodes than I Love Lucy. We have so many milestones that people don’t think about." Like it or not, reality television is a legitimate genre now. Not only that, but it is pretty dominate in a time when sitcoms and dramas are on the decline. To sustain a top spot within such a popular arena for this long is pretty remarkable.

She Has a Strong Social Media Presence

Yes, we are a generation of people who all have Pinterest, Instagram, Twitter, and Facebook accounts, but Kim Kardashian does this on a whole different level. She has more than 24.7 million Twitter followers and 20 million Instagram followers. She understands the use of this technology and how it can help build her brand. As she explained, social media "allowed my career to sustain, and I've adapted to the chance of it all." Aside from sharing her world with social media users, Kardashian points out that she can learn a lot from her followers: "Twitter really became my form of Google — I would just get on Twitter and say, 'Does anyone know where to go eat in this city?' … It’s just an amazing focus group." Kardashian is far from dumb and knows how to use all the tools at her disposal.

She has a Strong Work Ethic

What does she even do? Aside from "being a Kardashian," why is Kim even famous? Those are questions that people are constantly asking. Kardashian's personality and her personal life have put her in the public spotlight, but she is more than a pretty face and a slamming body. She is actually working all the time: "I wake up every single day at 6 a.m., and go to the gym, and get my daughter up, feed my baby, film all day, sometimes don’t finish until 8 or 9 p.m., and that’s every single day, six days a week, for five months straight while we’re filming ... I don’t think reality TV gets the respect it deserves." Reality TV is a new kind of industry, but it is an industry nonetheless and it requires a dedicated commitment. Additionally,Kardashian had multiple ventures in the areas of beauty, fashion, and technology.

She Understands the Impact of Mobile Technology

Although most of Kardashian's brand centers around her glamorous image with a makeup collection, clothing lines, and hair products, she understands how mobile technology reinforces the strength of her empire. Kardashian uses her phone for those social media posts that keep us all talking and interested in watching Keeping Up with the Kardashians. She is even loyal to her BlackBerry phone — yes, in this iPhone-obsessed world. At the conference, she even joked about buying the company. She explained her passion for the phones saying,

I do have an iPhone, and I use it for photos. But if you write an email and you need to type fast — I like having the [key]board. They don’t even have them in stores anymore. I buy them on eBay. It’s a BlackBerry Bold. And I like to have three in my room that I line up in case they break.

But Kardashian's greatest mobile achievement isn't the popularity of her Instagram photos or the number of retweets she receives per day, it's her mobile game Kim Kardashian: Hollywood which is extremely successful. The free game has in-app purchases that have been projected to net $200 million in real life revenue this year. Kardashian remarked on this success saying, "We’ll never talk dollars and cents... It could be more. It could be less. It’s been very good to me." Yes, it has.

When asked "Why do people not take you seriously?" Kardashian responded by saying, "I don’t know. That is a question that sometimes I get frustrated with. I pride myself with my work ethic, and I work really hard." She is not wrong. Being married to a rapper and taking selfies every day should not take away from her for starting numerous successful businesses and constantly evolving. Of course she is not doing this all alone, but she is smart enough to know who to work with to bring her visions to fruition. Hate on Kim K all you want, but she's laughing at the haters on her way to the bank.