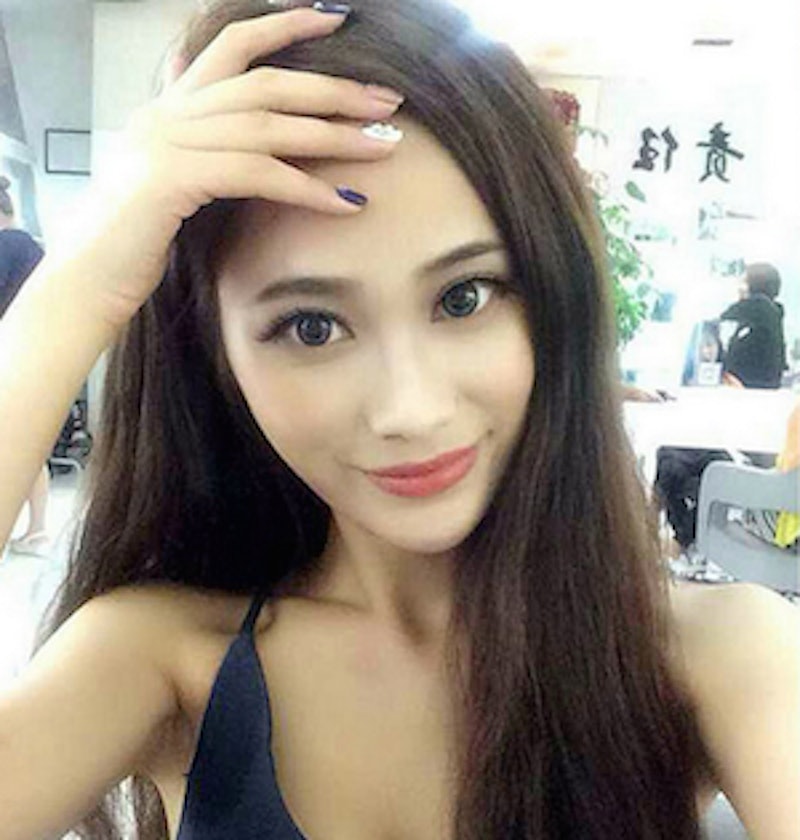 If you want to get people to have opinions about you, sexing your way around China and advertising it on the Internet is probably a good place to start. The Weibo user known as Ju Peng of Shanghai is doing exactly that, offering sex in exchange for accommodation and travel expenses as she makes her way around China. At only 19-years-old, Ju Peng's confidence, and indeed fearlessness, is vaguely impressive, if it weren't for my mothering instinct kicking in at the potentially dangerous situation of a tiny little woman alone in a strange man's house. It's not a slut-shaming thing; Women are free to sleep with whomever they please. But there's always the inherent risk that a man you don't know might turn out to be a serial killer. Sorry for getting dark there, but stranger things have happened.

Ju Peng's advertisement states her goal of traveling around China on the dime of a bunch of Johns who would be her "temporary boyfriends", and must be "good looking, under 30, taller than 1.75 metres and, of course, rich". We should all be so lucky, amirite? Ju Peng also stipulates "They will fund my transport to their city and all my expenses while I am there and they need to be generous. In return, they get a whole night with me, my undivided attention, and a chance to show themselves off in the company of a truly beautiful girl." Ju Peng has apparently already used this technique to travel around eastern China and is now embarking on a similarr sexpedition to see the rest of the country.

A lot of people are crying prostitution and urging Weibo to take the ad down, but all I'm seeing is an honest OKCupid profile. And, admittedly, the potential for gruesome maiming or murder, which is more worrying to me than a young woman exchanging sex for being kept. After all, isn't that what the Real Housewives reality franchise is based on?

Thoughts from our esteemed editor when she was asked about this:

I'm pretty into this actually. I mean, I respect every person's right to decide where the boundaries are when it comes to what they do with their own bodies. If it feels positive and healthy for her to trade sex for travel expenses, then that's her call to make. Everyone has different limits, and we should never impose our own in a judgmental way on someone else. I think the fact that she's being super open about it is both resourceful and bold, which are qualities I like in a person. Of course, she also seems superficial and vapid and super full of herself, which are things i don't love in a person. so basically, I respect what she's doing and think she should be allowed to do it, but she also seems annoying and I don't want to hang out with her.