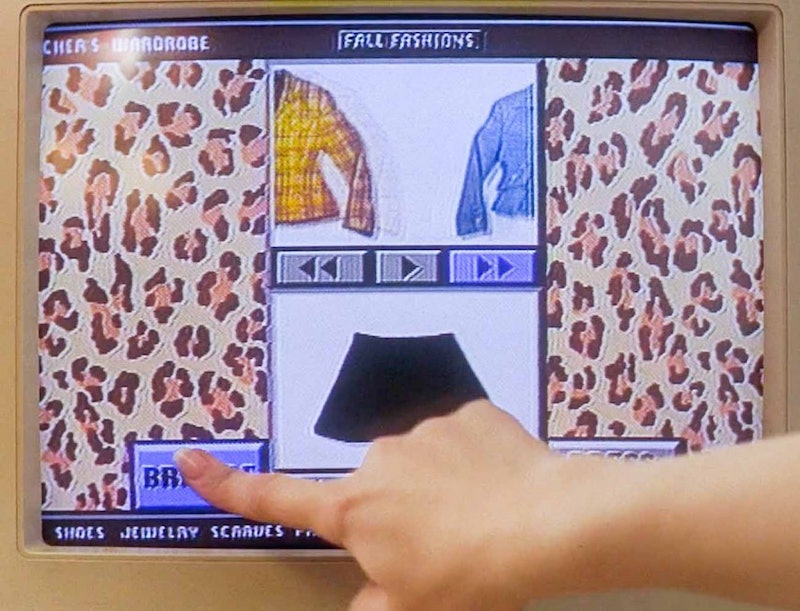 One time, I invented socks. True story! I was getting ready to leave the house and I was about to put on these killer (but deeply painful) shoes. As I prematurely mourned the foot-skin I was about to part ways with over the course of the day, I had an epiphany: "Someone," I thought, "should invent, like, a lining that goes over your foot to protect it from shoes." This was a genuine thought that I had. I invented socks, like a boss. A boss with no awareness of very basic, clearly-already-invented things.

Upon realizing what I had mentally stumbled into, I was chagrined but not steered off course. I went on to invent an app that, upon the event of your death, alerts all of your friends that you have died, shuts down all your social media accounts, activates your will, and files an insurance claim. I mean, I guess technically I didn't invent this so much as think about it and talk about it a lot. Alas, I don't know how to build an app.

All of this is to say: I love inventions. I love the idea of coming up with things that make our lives not necessarily any easier, but at the very least, deeply more interesting. While a cure to the common cold would be great, I'd much rather open the internets one more and discover that we've found a way to think desserts into appearing before our ready eyes and stomachs. Sadly, I lack the scientific, technical, and practical skills to actually come up with any inventions of my own. To that end, as strictly an idea person, I share with you 11 inventions that somebody has GOT to get on.

There are some devices that claim to share with you what, exactly, your dog is thinking, but ultimately these things are bogus. So bogus! I know this because I once tried one out on my dog and, at first, I was tempted to believe its claim that my dog loved me. But then I put the device on my own shirt collar, and the device loudly shared with the room that I wanted to bury a bone in the backyard. Since I am not a serial killer (and if I were, everyone knows burying them in the backyard is for amateurs) I called hokum on this. Give me a real dog translator! It would probably get old fast (you know that your dog would mainly just be like "HI. HI. HEY. HEY. SCOOT OVER. POOP NOW?"), but still!

2. Machine That Dresses You As You Sleep

You know how in Clueless, Cher had that computer program that helped her put together her outfits? This takes that great idea a step further. This machine would use a gentle touch to dress you without forcing you awake and out of bed. Now that I type this out it sounds....horrifying? BUT I STAND BY IT.

Yes, I wanna see movies of my dreams. I do! And you know you do too! It would be like having your own collection of David Lynch films to quietly weird out yourself and others. There is nothing terrible about this, especially where sexy dreams are concerned. A genuine video of me mounting Batman? Sexually? This is acceptable.

I don't think there should be a tonic or a device (looking at Eternal Sunshine of the Spotless Mind) which would erase all memories of someone after a break-up or whatever. But I do think there should be some kind of medicinal tonic you can ingest to take the sting out the ending of your relationship. This tonic should be fudge-flavored.

We've got a gun problem in this country. Guns are the worst. I suggest reconfiguring all guns so that instead of shooting deadly bullets, they eject giggling kitten at ones enemies. A fluffy, disarming, and adorable surprise is sure to diffuse any situation.

6. Penguins: For The Home

Forget actual butlers – why have Penguins not yet been domesticated to do our bidding? That seems crazy to me. They are cute, hilarious, and come already kitted out in formal wear. Half the work of making them service ready is already done. Somebody jump on this. I will quietly start a union to be sure none of them are ill-used. I've covered my bases.

Everybody knows that the best part of eating microwave popcorn is when your hand glances across the back of the buttery bag and comes away with a trail of butter-product that you get to greedily lick off. Let's go one step further and make the bags totally edible. *Drops mic; leaves to go lick popcorn bags*

The fact that we've had so many housing booms and busts and still don't have houses that sit atop columns tall enough to reach into space is simply a travesty. It's not like we lack the brain power! Think about it, we've got people on this planet smart enough to invent all the reality programming Bravo has to offer AND Tide Stain Stick. Let's get on this people. I want to be a Jetson.

Last night at 10:30PM, I was all "[BFF], let's go get massages at that creepy place by the subway." She was all "No," and fair enough. If I had a robot friend they would be all like, "Well it would be weird for me to get massaged, because I'm a robot, but I'll happily come along, afterwards we can get ice cream!" I like that in this scenario, my robot best friend can't get a massage but looks forward to ice cream.

Think about all the time we waste making waste. I mean sure, you get to catch up Words With Friends and maybe read a little, but god, what I wouldn't give to not have to take pauses in my day in order to work out a meaty dump from my person. Also this would make the immortal "Can I poop at this guy's house?" question moot.

If we can predict the weather (at least, we can to a certain degree — ha, degree! That's a weather pun) why not now concentrate our energy on controlling it? Candy instead of rain sometimes? Ideal. Champagne instead of snow? BRING IT ON.