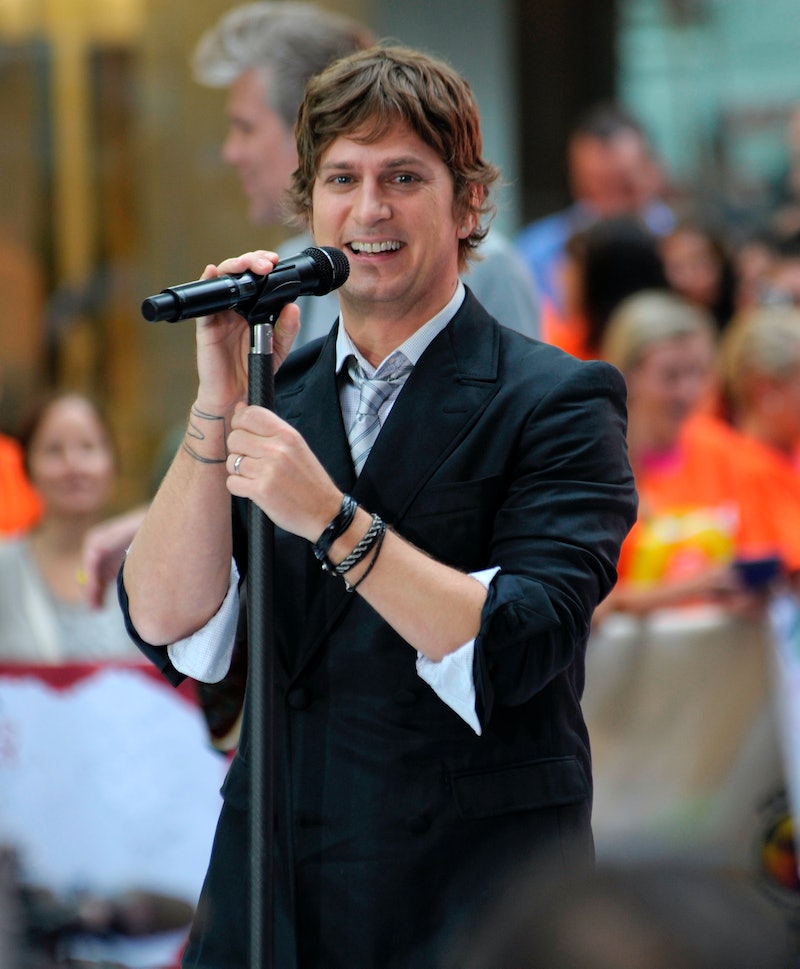 If Rob Thomas doesn't make you swoon where you stand, then girl, I don't know what's wrong with you. He's a dream boyfriend: that cheeky grin, earnestness in love, thoughtful intelligence, and straight-up goofiness. If you can look past his '90s hoop earrings, you'll see someone you could build a life with (you know, if he wasn't already happily married to his wife Marisol, who is the woman in the "Smooth" video, because why wouldn't she be? Obviously, Rob Thomas deserves the best.)

He's not crazy, he's just a little unwell, and my crush on him has endured through the early 2000s to today, where his Twitter feed is probably one of my favorite Internet holes to immerse myself in. Rob Thomas might be a little bit on the basic side from time to time (he's the musical equivalent of a white girl with a pumpkin spice latte), but his sincerity and self-aware sense of humor make him the most lovable post-grunge musician known to bless this wretched earth. I'm proud to say I still listen to Rob Thomas' first solo effort ...Something To Be without a hint of irony and that I know all the words to "Lonely No More By Heart". Here are 14 times Rob Thomas was your dream boyfriend, in case you weren't entirely convinced.

1. WHEN HE ACKNOWLEDGED THE BEST THING ABOUT BEING A GUY

2. WHEN HE DID THIS ADORABLY DORKY DANCE

3. WHEN HE MADE THIS JOKE ABOUT CNN

4. WHEN HE TOTALLY SASSED CEE LO ON THE VOICE

5. WHEN HE HATED EVERYONE EQUALLY

6. WHEN HE MADE THIS INCREDIBLE PARODY OF "SMOOTH" FOR FUNNY OR DIE

7. THE ENTIRE WAY THROUGH THE ACTUAL "SMOOTH" VIDEO

8. WHEN HE SIGNED THIS LITTLE GIRL'S CAST

9. WHEN HIS SENSE OF HUMOR INVOLVED PUPPIES

10. WHEN HE ADORABLY DIDN'T KNOW HOW TO COMPUTER

12. WHEN HE CO-HOSTED LIVE WITH KELLY! AND SOMETIMES YOU STILL THINK IT WOULD BE OK IF MICHAEL STRAHAN LEFT AND ROB TOOK OVER, EVEN THOUGH YOU WOULD NEVER SAY IT OUT LOUD (LOVE YOU TOO MUCH, MICHAEL)

13. WHEN HE WAS ON IT'S ALWAYS SUNNY IN PHILADELPHIA

14. EVERY TIME HE PUBLICLY DOTES ON HIS WIFE