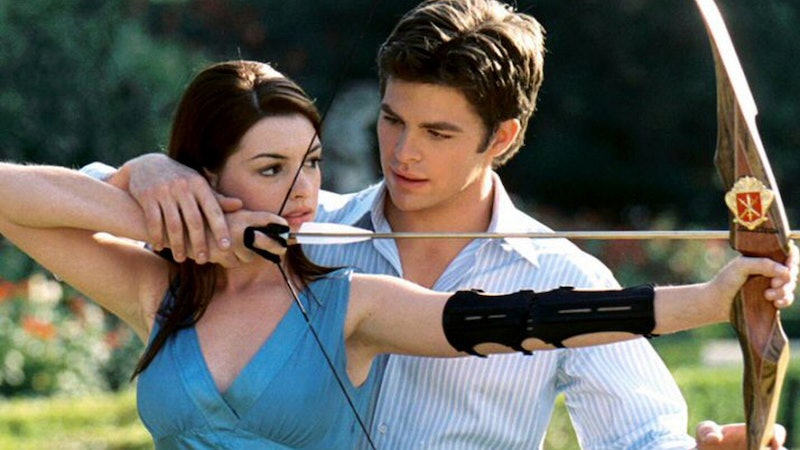 As we head into the colder months, it's time to curl up with your best friend. By that, I mean a glass of wine and these movies and TV shows streaming on Netflix in November. After Halloween ends, it will be time to stop watching Hocus Pocus daily, I guess, but the new additions to the streaming service are fantastic enough that it will be worthwhile. It's more about movies this month — though Portlandia's latest season is available — ranging from classic favorites like Total Recall and The Princess Diaries 2 to more recent releases, like Joe Manganiello's stripper documentary La Bare and Happy Christmas, a holiday indie movie costarring Lena Dunham and Anna Kendrick that has a storyline about writing erotic fiction. Fifty Shades of fabulous, I say. There's also your dose of Chris Evans in something a bit grittier than Avengers and a throwback to an Anna Chlumsky film that isn't My Girl, so basically, a little bit of everything. Bonus: you can watch some of them over the Thanksgiving holiday after eating as much turkey and pie as humanly possible.

To see the whole list of what's streaming in November, head over to Decider, but I've narrowed down nine of your best options below.

If you loved the past three seasons of Portlandia, Season 4 is everything you love and more. The Fred Armisen and Carrie Brownstein sketch show keeps getting better, and if you haven't seen it all, you can stream all four seasons on Netflix starting Nov. 1.

Nov. 1 also brings Trading Mom, a '90s family comedy about three kids (including Anna Chlumsky) who wish their workaholic, nagging mom (Sissy Spacek) away with the help of a witch. After they go to a "Mommy Market" to find a new one, you can guess what happens.

Another '90s classic hits Netflix on Nov. 1. It is Arnold Schwarzanegger at his finest, before Colin Farrell re-made the sci-fi movie in 2012.

The Oscar-nominated film starring Bruce Dern, Will Forte, and June Squibb is beautiful in black and white. The story of Woody (Dern) trying to get the $1 million sweepstakes prize he thinks he won in Nebraska with his son, David (Forte), is one to watch with your whole family. It starts streaming between Nov. 3 and Nov. 14.

I don't think this is half as great as the original (but when are sequels ever as good?) but seeing Anne Hathaway as Mia is a delight. Plus, Chris Pine is easy on the eyes, too. It will hit Netflix between Nov. 13 and Nov. 14.

Joe Manganiello produced this stripper documentary about the most popular male strip club in the world, La Bare Dallas. What more can you ask for? It will be released between Nov. 13 and Nov. 14.

Chris Evans takes off his Captain America suit for a gritty sci-fi thriller about life after a failed climate-change experiment kills all life on the planet. Evans plays one of the lucky few who boarded the Snowpiercer, a train that travels around the globe. Other cast members include Octavia Spencer, Tilda Swinton, and Jamie Bell. Catch it when it starts between Nov. 22 and Nov. 25.

The One I Love

This drama is full of twists, so I'll just explain it as such: a couple whose marriage is struggling (Mark Dupass and Mad Men's Elisabeth Moss) are told by their therapist (Ted Danson) to head to a cabin to try to rekindle their romance. What happens there surprises both of them, and a fantasy element of the film will keep you invested. Check for it between Nov. 26 and Nov. 30.

More like this
Here’s Everything Coming To & Leaving Netflix In December
By Jake Viswanath
You’ll Be Able To Stream Bullet Train Before The Holidays
By Arya Roshanian and Radhika Menon
How To Stream 'White Noise' On Netflix
By Grace Wehniainen
How To Stream Knives Out 2: When Will Glass Onion Be On Netflix?
By Radhika Menon
Get Even More From Bustle — Sign Up For The Newsletter