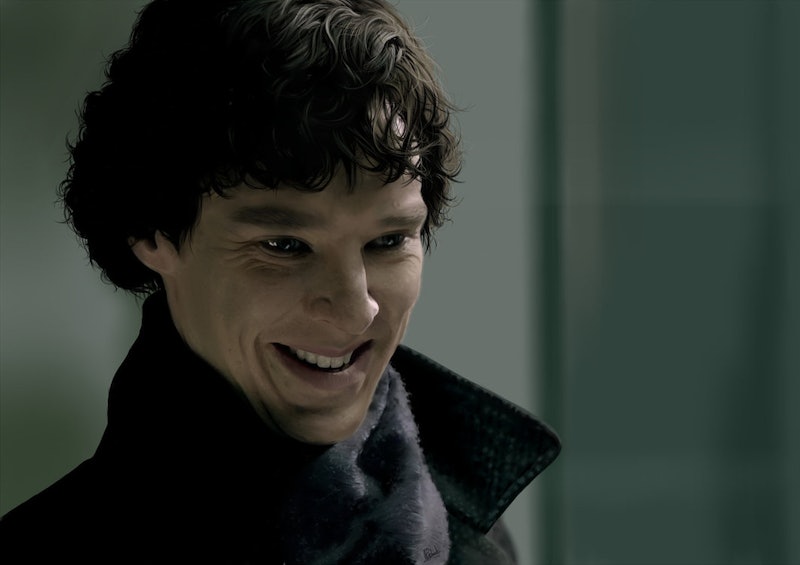 We’ve all been obsessed with the British reboot of Sherlock for years now. (I mean, who among us can claim to have never scrolled through a Cumberbitches tumblr, looking for the perfect .gif to describe those Sherlock feels? It’s not just me.) When the wait between seasons is too agonizing to bear, you might have turned to some of the other excellent murder mystery-type series that come out of the British television landscape. Prime Suspect (which has been running installments for like, 20 years, because Helen Mirren is a goddess), Luther, Broadchurch, and Happy Valley are all amazing entries into the Brit crime drama legacy.

But what if you want to leave behind that Netflix queue for a while and rest that trigger-happy “next-episode” button? What if you want to not only watch a detective work onscreen, but also see what’s behind their thought process and peer over their shoulder as they start to unravel? Well, I may not be willing to share my Benedict .gif collection with you, but I am all about spreading the joy of reading. Here are some books for the Brit in all of us.

Then read Tana French’s In the Woods

What makes Broadchurch so compelling? The secrets embedded in a small town, the tensions buried deep under the family dinner table, the slow agony of a detective beginning to lose himself (or is it just the amazing expressiveness of David Tennant’s face), and a killer you never expected — they all weave together in this magnificent series. Tana French’s highly-lauded debut, In the Woods, carries all these elements. We follow Dublin Murder Squad detective Rob Ryan as he investigates a killing that leads him back to the scene of his most horrifying memories (or lack thereof). The male-female partner dynamic present in Broadchurch is here too, with his partner Cassie Maddox, who is also his closest friend. This will keep you up into the wee hours, just like my marathon viewing of Broadchurch did.

Then read Rivers of London by Ben Aaronovitch

Luther is gritty, violent, emotionally turbulent, and darkly humorous. Idris Elba anchors the narrative with his imposing presence and incredible willpower, and the high cost of his work leaves you riveted to the screen. The only thing scarier than his resolve to see justice done is the incredibly alarming set of villains he confronts. Rivers of London is like if Luther grew old, got an apprentice, and, oh yeah, discovered magic. The series follows Peter Grant, a low-level constable in modern London, who accidentally discovers he’s got an ability to see ghosts. He gets swept up into a secret department where he is apprenticed to a man called Nightingale, the last wizard in England. Full of mythical creatures hiding in the mundane, it’s also got the violence and high stakes that make Luther so great.

The basic premise of Torchwood is that of a policewoman stumbling onto a department tasked with investigating alien activity in our world. You follow her learning curve and are fascinated with the serial crimes and solutions depicted. London Falling is about a team of detectives who gain the ability to see the magical forces threatening the city, and what they decide to do with that gift — or is it a curse? Read and find out.

Then read The Rook by Daniel O’Malley

I’ve already waxed poetic about Helen Mirren, but it needs to be said that her character is the reason Prime Suspect has stood the test of time. Wily, full of nerve, and consistently underestimated, she’s a ballbuster of the best possible variety. Myfanwy Thomas, the main character of The Rook, doesn’t seem very similar at first glance. She’s small, unassuming, and also contains no memory of her life prior to the moment that she woke up in a park surrounded by dead bodies. But as you read, you discover her depths along with her, as she pieces together the person who tried to kill her and wiped her memory. Oh, did I mention she’s also a higher-up in a secret British organization bent on eliminating supernatural crime? It’s a twisty, at times hilarious tale that follows a woman of great gumption.