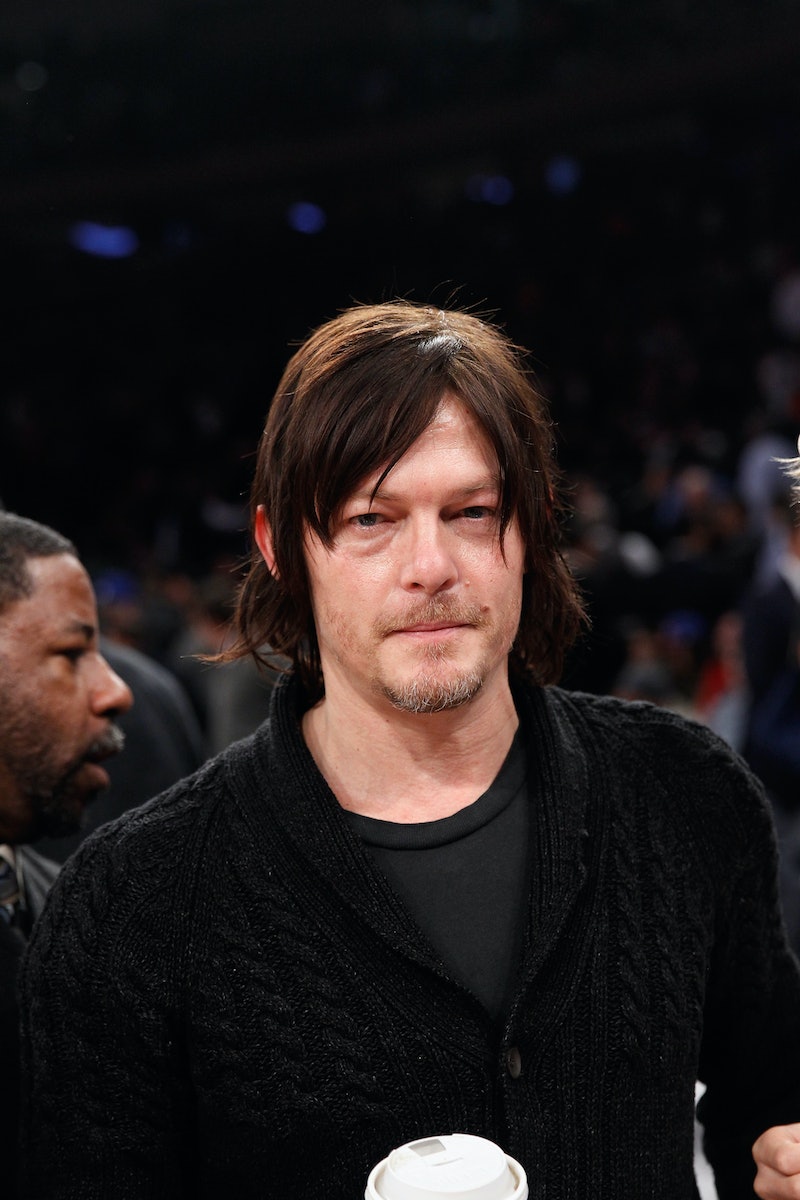 Now, normally, it's seen as pretty calm/cool/collected when a celebrity doesn't even bother to call out stupid rumors such as this one — they exhibit the sense that they're "above the nonsense," and the rumor is generally forgotten about within two days in favor of the general public getting distracted by some other celebrity scandal. But this is just gold: In a tweet posted on Tuesday, The Walking Dead star Norman Reedus awesomely called out "BS" rumors about him not wanting his character, Daryl Dixon, to be gay on the show.

Everyone go home and shut everything down; today has already crowned its winner, and it's none other than Norman Reedus.

According to the original article (published by The Inquisitr , who got the story from GLOBE Magazine, who got the story from Celebrity Dirty Laundry — so, you know, srs news), "inside sources" were claiming that Reedus was "begging" producers not to make Daryl gay, because of his status as one of the "biggest male sex symbols on television." From the post:

Insiders say he fears the same-sex shocker would hurt ratings by disappointing his legions of female fans. Norman isn’t anti-gay in his personal life, but he’s become one of the biggest male sex symbols in television. He gets thousands of fan letters from women each week – along with dozens of marriage proposals.

Yikes. In addition to being pretty offensive of The Inquisitr and GLOBE to even publish something like this — you can be gay and the biggest male sex symbol at the same time! — it's also very clear that none of them have ever seen BBC's Sherlock .

While it's sad that the rumor even gained enough attention that Reedus felt like he had to respond somehow, it's hard to deny that his dismissive tweet is pretty great, especially considering how offensive the rumor is:

Simple, but to the point. Reedus, sir, you deserve a cookie.