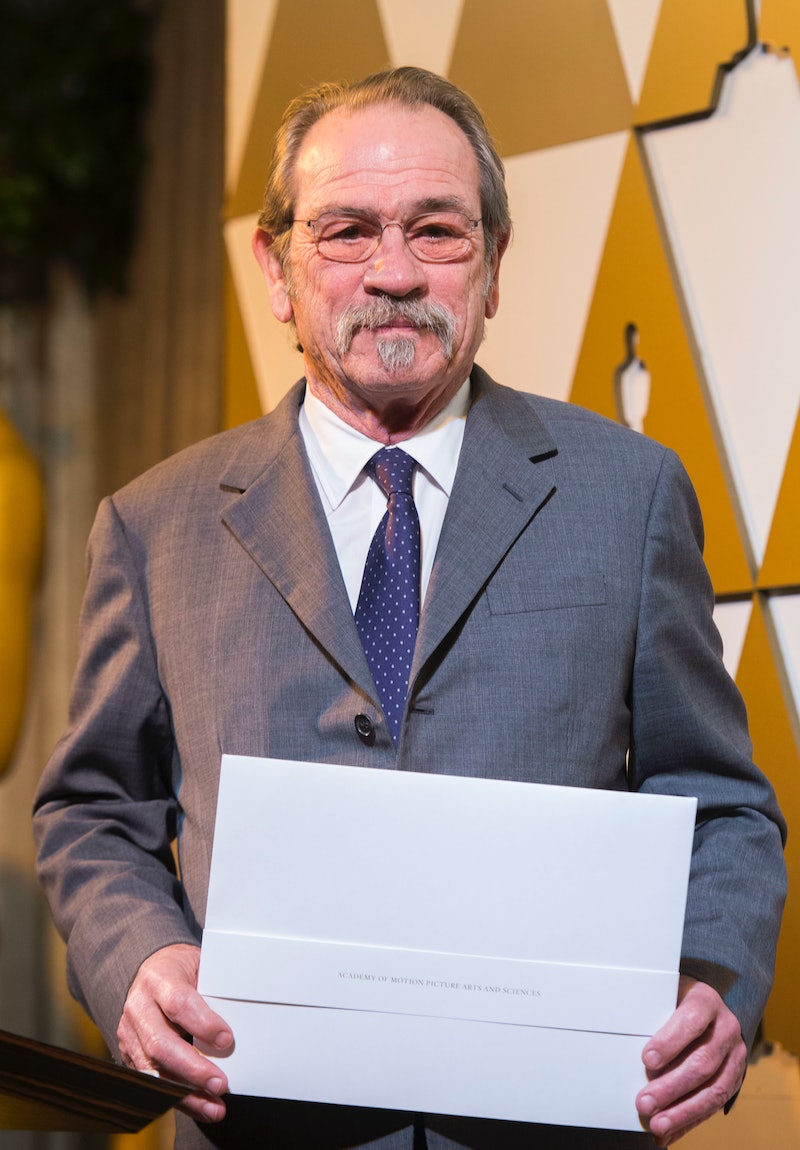 Ouch. Talking about an insulting moment. Apparently, Tommy Lee Jones does not like Jim Carrey, and he's definitely not afraid to admit it. On Tuesday, Carrey visited Howard Stern's radio show, where he opened up about working with Jones on Batman Forever (Carrey played The Riddler, while Jones played Two-Face) and meeting the Oscar-winning actor for the first time. Let's just say Carrey was shocked by Jones' first words.

I walked into a restaurant the night before our big scene in the Riddler's lair and the maitre'd said, "You're working with Tommy Lee Jones, aren't you?" And I said "Yeah, I am." He said, "He's in the back corner, he's having dinner." I said, "Oh, great, I'll go say hi." I went up to say hi and the blood drained from his face, in such a way that I realized that I had become the face of his pain or something.

Right from the get-go Carrey could tell Jones was not happy to see him. Don't worry, the awkwardness didn't stop there. Carrey continued, "He got up, kind of shaking, and hugged me and said 'I hate you. I really don't like you.' I was like 'Wow, OK. Well, what's going on man?' And he said, 'I cannot sanction your buffoonery.' He did not want to work with me at that point."

This isn't the only time Jones created an awkward, yet hilarious, moment with another actor. Remember that time he didn't laugh at Kristen Wiig and Will Ferrell's Golden Globes presentation? Yeah, his face (above) says it all. He was so not impressed by their funny business. His reaction is almost cringe-worthy, but how can you not laugh? Carrey's situation isn't quite as laughable, but with all that said and done, the Dumb and Dumber To actor still admires Jones and his work (which speaks volumes of Carrey's character). Despite now seeing Jones as "a little crusty," he believes Jones to still be a "fantastic actor" and even called him "amazing."

I can see where Carrey can probably come off a little strong to some, but to straight up tell someone you hate them is pretty harsh. At least Jones told him upfront and wasn't being two-faced (Ha! Get it?).