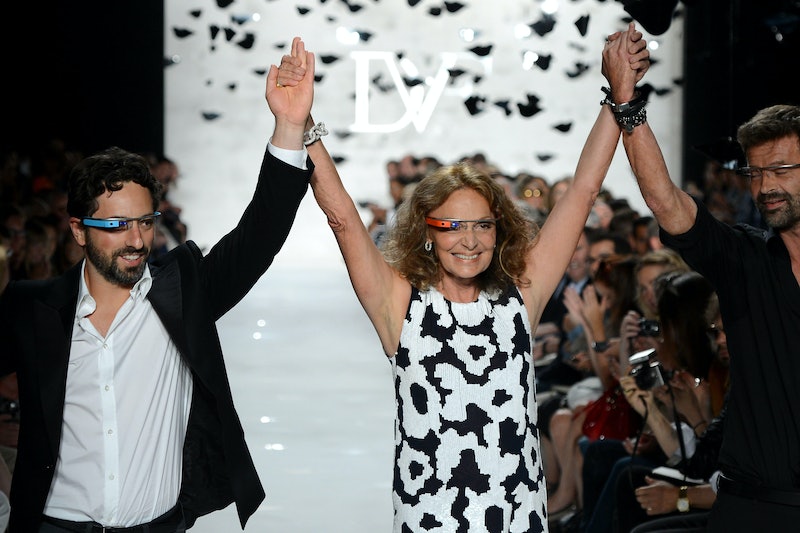 2014 is already the year of Diane von Furstenberg. In addition to releasing her impassioned autobiography The Woman I Wanted To Be and commemorating the 40th anniversary of her iconic wrap dress, von Furstenberg also debuted a reality television show, House Of DVF , on E! this month. Much in the vein of Project Runway and America's Next Top Model, House Of DVF follows the designer and her team as they seek to find a brand ambassador amongst a group of ten reality television-ready characters. Right now, E! is offering a sneak peak at the pilot episode on their website before the show premieres on November 2.

von Furstenberg has long been regarded as the ambassador of her own brand, from her keen business sense to her iconic style and authoritative manner. However, it seems from the show's pilot that von Furstenberg wishes to breathe new life into the line and incorporate a youthful perspective by naming a twenty-something style icon DVF's new representative. In true reality show fashion, the group of prospective women are naive, irreverent, and at times incredibly uncivilized. One candidate chooses to check her phone instead of paying attention to an important meeting within minutes of connecting with the DVF team, and yet another hopeful turns up to a meet and greet at Meatpacking's Spice Market in a dress that reveals more than the team bargained for.

In essence, House Of DVF is akin to any other reality television show, with the exception that, as the ambassador of a half-century-old brand, the stakes are considerably higher. Kudos to the designer for maintaining modernity by stepping into the reality television realm, but the show runs the risk of trivializing von Furstenberg's lifetime of achievements. If you're still riveted by the notion of watching the inner workings of the DVF empire, tune into E! this November.