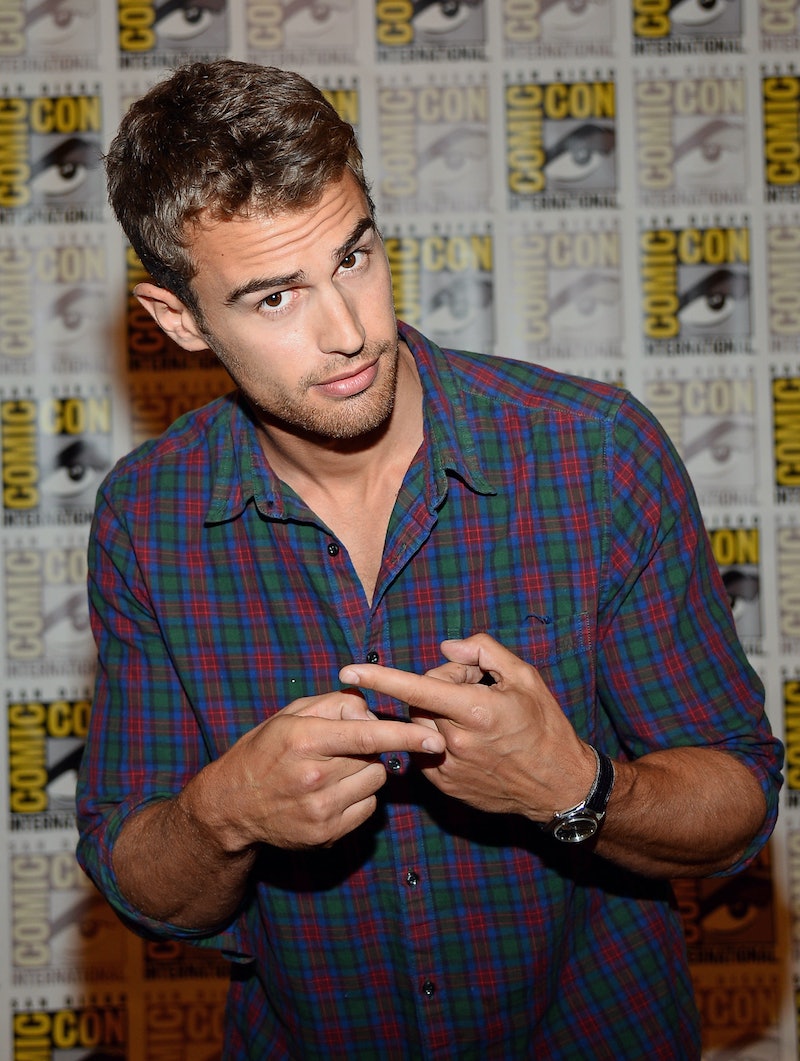 If you have fallen under the deep, silky spell that is Theo James’ voice, you are not alone. I’m convinced that the British actor can sway even the most stubborn of us to stand in front of a large target as he throws a dagger near our ears, jump onto a fast moving train, or any other high-octane Dauntless faction activity. Dude even charmed Downton Abbey’s Lady Mary into impropriety that one time as Turkish diplomat Kemal Pamuk. The role might've lasted only one episode, but his character left a lasting impression on the series as a whole. But James is best known for his role as Divergent’s Four, aka Shailene Woodley’s fighting guide and love interest. So as you slowly fall for him and his dashing looks, you might be wondering is Theo James dating anyone?

Short answer: yes. James has been seeing actress Ruth Kearney since they studied acting in 2009 despite rumors last year that James and his Divergent co-lead Woodley were seeing each other — which probably took off because so many people wanted to replicate the Robert Pattinson and Kristen Stewart Twilight coupledom craze. Probably also because Woodley and James' on-screen chemistry was ca-razy good, and James would say things during press promotions like:

I just went at it hard, to be honest, because I thought that’s how she wanted it. I thought to assuage any awkwardness I would just go for it.

Which just sounds like a sexy solution to one of those common acting job problems if you ask me. That or, more likely, I'm just imagining hearing it in James' sexy, deep-chested way of speaking. I could just sit down and listen to him speak all day. He could read the nutrition facts off the back of a cereal box for all I care.

Kearney's a lucky girl. I'm sure he reads cereal boxes to her all the time.

So who is Ruth Kearney? Well, she's an actress, and she's best known for her role as Jess on BBC's Primeval . Y'know that awesome show about the dinosaurs who came to the present day U.K. through temporal anomalies? It sounds like your kind of show doesn't it? Not only does Kearney get to date James — and listen to his voice chat all day — she got to live a modern day Jurassic Park. I know. I'm kicking myself over her life too.