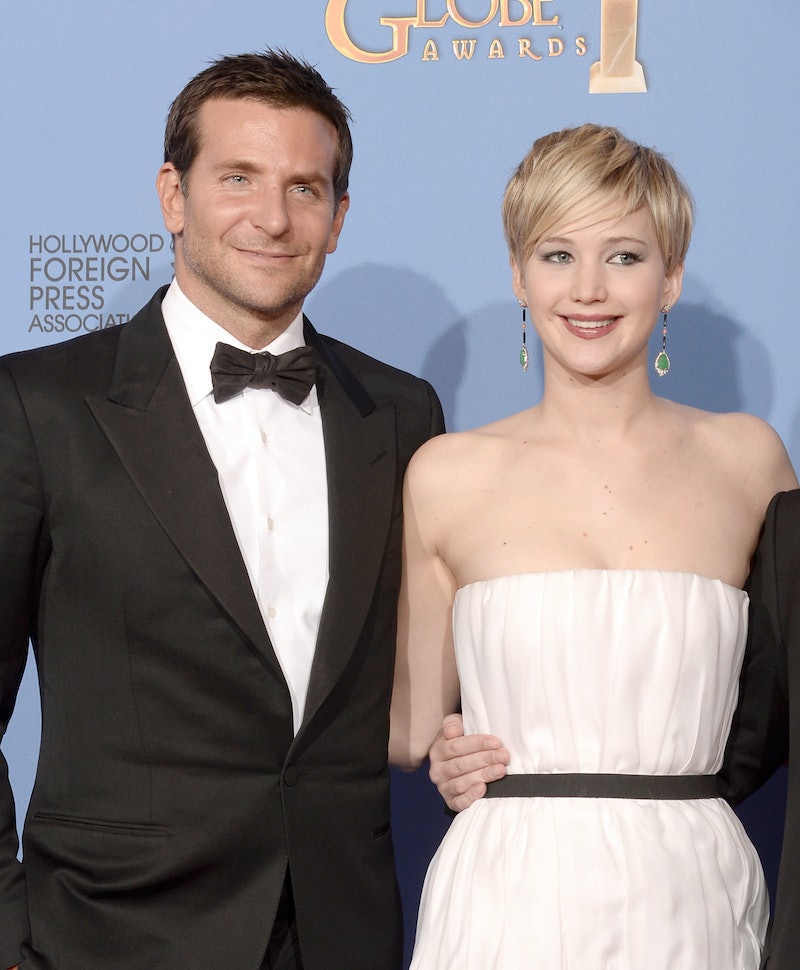 Pump the breaks: a new trailer for the Jennifer Lawrence and Bradley Cooper film Serena has just been released. This highly-anticipated enigma of a film, although released as the latest edition in an unofficial Lawrence-Cooper trilogy, was actually created back in 2012. This new trailer is just part of its ongoing, intriguing legacy.

See, another Lawrence-Cooper film seems like a slam dunk, of course. Based on a novel by Ron Rash, the movie is supposed to be about a couple struggling in the world of logging during the Great Depression, with a dark twist. Sounds good enough, if only because for the period costumes alone. And we know that the duo has chemistry, the kind of chemistry that wins Oscars, so what's taken it so long?

The movie's prolonged delay sparked rumors of complicated reshoots and overhauls, further prompting speculation that it simply wasn't looking so hot. Susanne Bier, the film's director, denied the claim, marking it more as an editing issue and noting the delay of Serena was due to everyone's busy schedules. Bier told Indiewire, "I've been doing another film. Cooper and Lawrence were super-busy, just doing the [post-production sound recording] has been tricky. She had only one day off in two years!" This is a fair justification, you don't really get a break when you're Katniss Everdeen.

Still, Magnolia Pictures president Eamonn Bowles noted he saw "a couple of different versions of the movie," which seems suspect. Maybe it's a perfectionist thing, or maybe they done goofed. Either way, all we have to judge now are the trailers. Yes, trailers plural, because this, in fact, is another re-edit. SUSPECT, GUYS!

While a different trailer was released earlier last month, this HD re-released trailer features a smidge more new footage, almost an indistinguishable amount. Certain vocal inflections seem changed, which is, again, suspect. Primarily, we have shots of Lawrence's gorgeous vintage lace underoos (really, they are stunning), Lawrence insisting that she's "doing this for us" (whatever "this" may be, probably something sketchy) and a classic, hysterical Lawrence freak-out. In the new trailer, she seems, ever so slightly, more of a femme fatale, which I think is a fair assessment considering she pulls a Lady MacBeth and plots to kill her husband's illegitimate son. Another theory: distributors are trying to remind the general public that Lawrence is an Academy Award-winning actress who could carry a bomb of a film. A third theory: they just wanted to change it up.

Personally I don't think this thumbnail version of the film looks that bad. They're bringing the drama, they're bringing the passion. And no matter what, falconry is promised, and the couple who train hawks together, stays together. Or not. I guess we'll find out when the film is released November 27.

And here's the second: