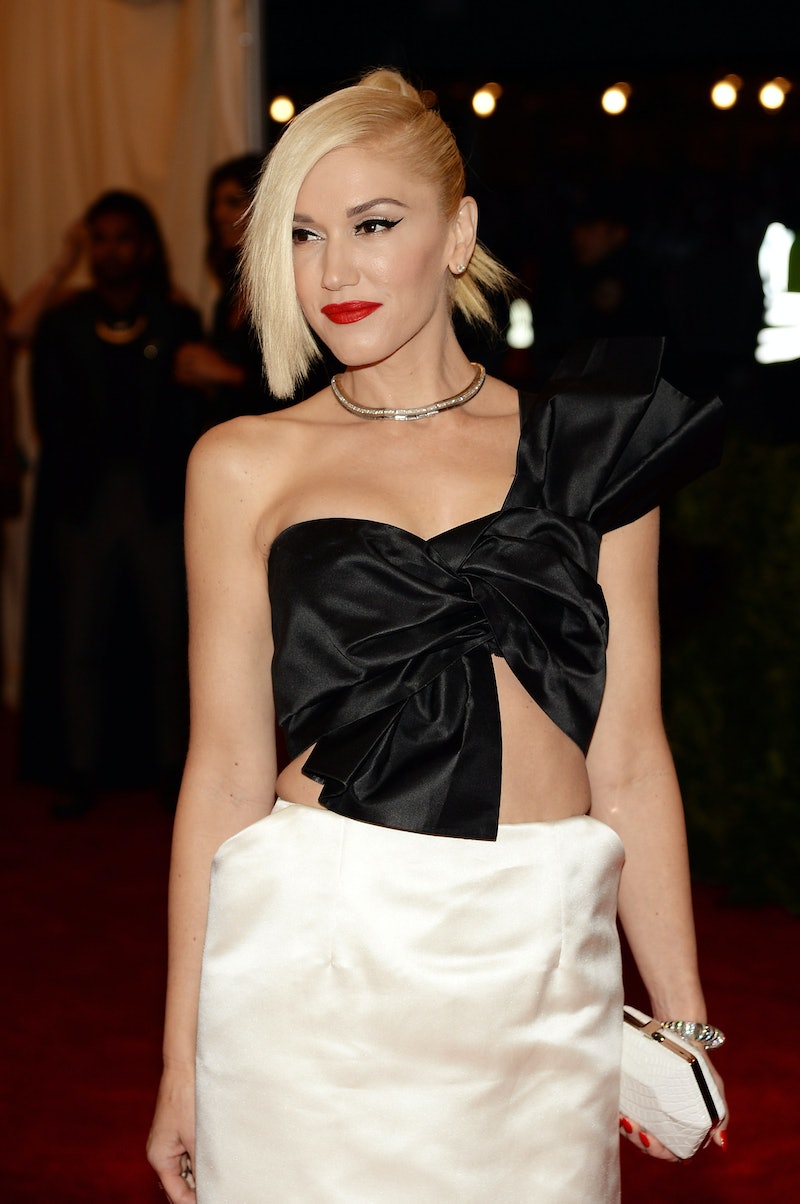 If these reports from E! Online are correct, Gwen Stefani may be pregnant again. According to the gossip site, the No Doubt front woman and husband Gavin Rossdale —already parents to two boys — are expecting their third child together.

"She and Gavin couldn't be happier," an unnamed source told gossip tabloid Life & Style, who broke the news that 43-year-old Stefani is allegedly pregnant. Rossdale and Stefani have a 7-year-old boy, Kingston, and a 4-year-old boy, Zuma, together, and have been married since 2002. Both children are also ridiculously stylish, because their mother is Gwen Stefani, and they just won the lottery in life.

The "unnamed" source added, according to In Touch magazine: "She's just trying to focus on resting right now. She wants to make sure that all is well with the baby."

As E! points of, Stefani, 43, has long talked about giving Kingston and Zuma one more sibling — in a 2010 interview with Marie Claire, Stefani explained that that she had "really, really wanted" to have another child, but "it didn't really work out." She continued to the magazine: "I feel good with what we've got ... everything works out how it should."