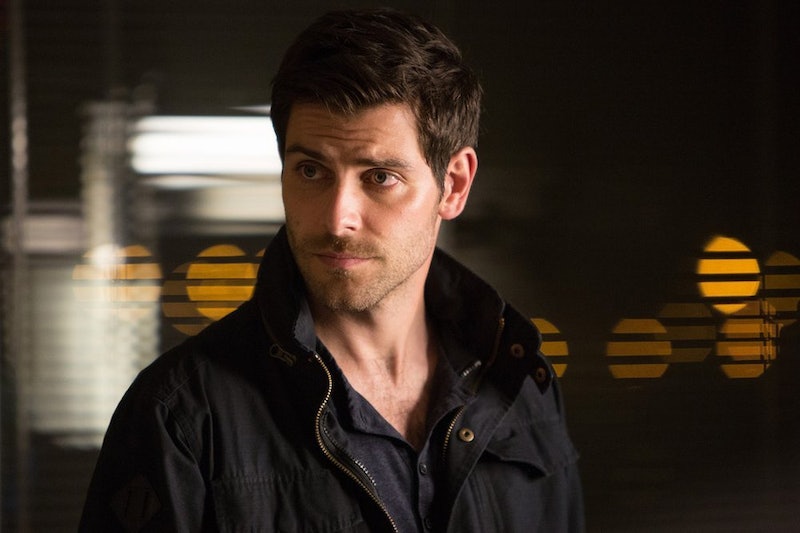 The last season of Grimm ended with a twist that completely upset the dynamic of the show. Our Prince Eric-lookalike lead, Nick, lost his Grimm powers after unknowingly having sex with Adalind, who used her witchery to make herself look like his girlfriend, Juliette. It’s very soap opera crazy meets supernatural hijinks. Yet somehow it works! Co-creator David Greenwalt told TV Guide that Season 4 of Grimm revolves around identity, saying it's "Not 'Who am I?' so much as 'Who should I be?" That basically means fans should get ready for more emotional angst from Nick and Juliette about the state of their relationship. A lot of the interviews from the stars of the show make it seem like this powerless Nick storyline will last longer than fans like.

But keep in mind the third season began with Nick being sorta-zombified which sent his powers into hyperdrive. Unfortunately, the show only played around with that for a few episodes. Grimm has always been a show that burns through its plotlines at an alarming speed. This can be quite infuriating especially in regards to the zombie-Nick storyline which deserved a bit more time. But like a great craft beer (with even less nutritional value), I keep coming back to this fun show for more.

Being a Grimm isn't only central to Nick's character, it is central to the show. While Trubel will be Nick's eyes and ears for the various Wesen he can no longer identify, this dynamic will wear thin pretty quickly. So, the better question isn’t if Nick will regain his powers, but when and how?

The show has played around with the idea of a true love’s kiss setting things back on track. While it would be narratively easy for the show to go down that road with Juliette’s kiss healing Nick with the help of a spell, I don’t think it will happen. Although it would offer a cool feminist spin on how that trope is usually plays out. The Season 3 finale had Captain Sean Renard giving a green potion to Trubel to help Nick. He obviously knew Adalind’s game plan and had a cure to reverse Nick's condition. But considering what's happened to him, Nick will have to find answers for the cure elsewhere. And just because a potion seems simple doesn’t mean it really is. If the ingredients are rare, they may not have them at the Spice Shop or their local Whole Foods.

The description of the fourth episode gives major hints about when and how Nick will regain his Grimm abilities. Based on the synopsis of that upcoming episode, Nick’s salvation will most likely come in the form of a powerful Hexenbiest new to the scene by the name of Elizabeth. I wouldn’t be surprised if Nick’s path to regaining his Grimm abilities (and finding the materials to create that potion) mirrors the arcane trials Adalind went through with the help of Stefania to become a Hexenbiest again. Remember those? They weren’t pretty.

The show can’t make it easy for Nick. If regaining his powers is too easy it will be anticlimactic He’s going to have to make a major sacrifice to regain his powers — and that sacrifice will likely come in the form of Juliette. The last thing I want to see is another female character killed to create angst for the male lead. But if Nick gets his powers back, would Juliette really want to stick around? Would she get hurt soon after as a result of regaining his abilities? She's had, at best, a tense relationship with Nick’s heroics. She knows how important his heritage and abilities have become to his identity, but his new identity caused an immense strain on them. Star David Giuntoli told The Wrap, "Being a Grimm certainly was the thing that was messing up Nick and Juliette's relationship."

We know the answers Nick is searching for will start rolling in around Episode 4. I'd wager that Nick gets his powers back around mid-season, knowing the history of the show. But what's going to be much more interesting than seeing Nick without powers is finding out what he will lose once he regains them.