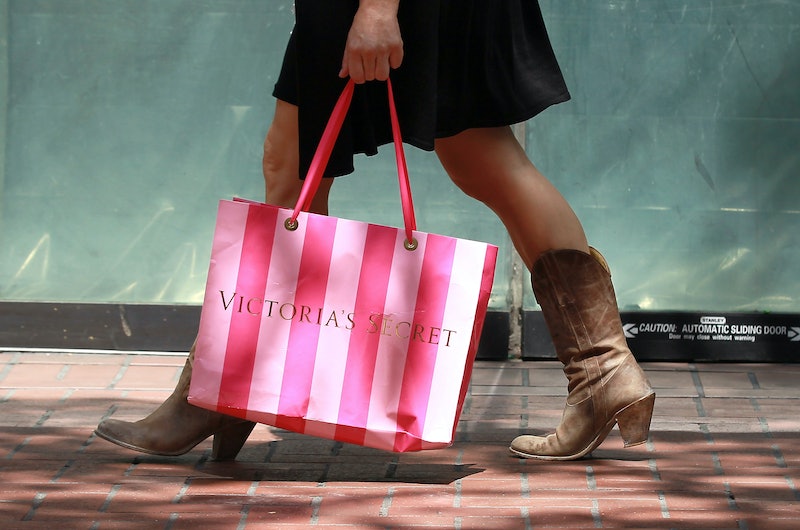 Though the lingerie purveyor isn't known for promoting a variety of body types, a new Victoria's Secret ad featuring the words "The Perfect 'Body'" imposed over an image of 10 skinny models in lingerie has people upset.

Girls and women in our society are already constantly bombarded with images of tall, willowy, often airbrushed models — they are so ubiquitous that we all subconsciously absorb the message that this is what we are supposed to look like. Now Victoria's Secret seems to be taking out the subtext and deeming this the perfect body shape. The advertisements are for a bra called the "body bra" and the word "body" in that ad is in quotation marks, I guess so that we'll all know they're being tongue in cheek and referring to the bra. Unfortunately for them, it's likely that people who view this ad are not going to take it that way.

The general reaction to the ad has been negative (Fox News defended it, though) and there's a Change.org petition asking Victoria's Secret to withdraw the ad an apologize that already has nearly 10,000 signatures. And people on Twitter have taken to using the hashtag #IAmPerfect to counter this insensitive message.

The unfortunate thing, though, is that this could have been an awesome campaign... if they'd just included some actual size diversity among the models in the ad.

I've always thought that Victoria's Secret's strategy of only using very thin models is kind of counter productive. I personally have never once shopped at Victoria's Secret, not on moral principle, but because I've never felt like I'd be able to find anything in my size. Even though logically I suppose they probably do stock a 36C, their advertisements always make me feel like I'm just not skinny enough for their products. So I've never bothered. But that's its own point.

The main take away here is that even though brands are already bad about lack of size diversity and about promoting a particular image of what women's bodies are supposed to be, they should at least be trying to get better, not sliding backwards and getting actively worse. There is no perfect body to strive for, and I hope that brands will make all their customers feel beautiful.

Bustle has reached out to Victoria's Secret for comment, and will update once we have a response.