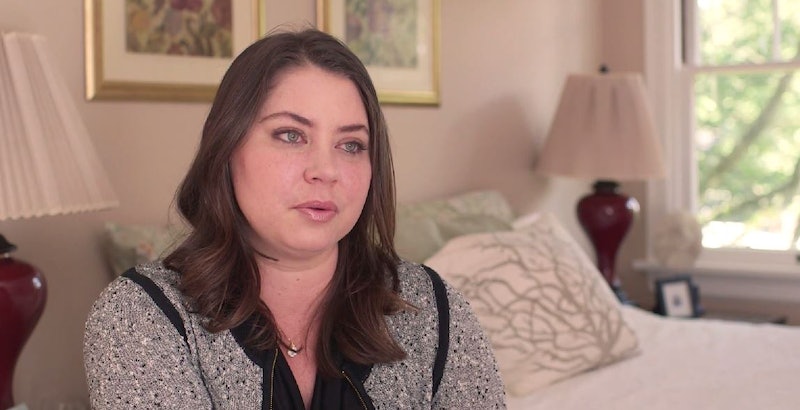 This fall, terminally ill woman Brittany Maynard became an important voice for the Death With Dignity Act when she stepped forward to explain that she had decided to end her life on her own terms after she was diagnosed with a malignant brain tumor and given six months to live. On October 29, Maynard released a second video with the aid of the advocacy group Compassion & Choices, updating us on her situation. In the new video, she states that she may not hold herself to the November 1st deadline she had originally set.

Here’s what Maynard has to say about it in her own words:

“When people criticize me for not waiting longer, or whatever they’ve decided is best for me, it hurts. Because really, I risk it every day that I wake up. And I do it because I still feel good enough, and I still have enough joy, and I still laugh and smile with my family and friends enough that it doesn’t seem like the right time right now.”

She goes on to talk about the things she does that help her feel the best: “I still get out and do what I can,” she says. “I walk with my husband, I walk with my family and my dogs. Things like that bring me the greatest feelings of health that I have these days.” She also states, though, that she knows the “right time” will come, because “I feel myself getting sicker. It’s happening each week.” A week prior to the video’s filming, for example, she had two seizures in one day, which she notes is unusual. She describes looking at her husband during the incidents and knowing he was her husband… but also finding herself unable to say his name. “The worst thing that could happen,” she says, “is I wait too long because I’m trying to seize each day, but that I somehow have my autonomy taken away because of the nature of my cancer.”

I’ll admit that I’m a little disappointed in how I’ve seen the new video covered by the media today, particularly in the phrasing of the headlines. Writers often don’t pen their own headlines, so I’m not trying to place any blame on anyone in particular — but I do think that we need to be talking about Brittany, her decision, and the Death With Dignity Act with a lot more compassion than we necessarily are.

Maynard originally chose November 1 based on the diagnosis she received in April stating that she had approximately six months before her brain cancer proved fatal. But a doctor’s estimation as to how long anyone has left is just that: An estimation. Death might come sooner, or it might come later; the only thing that certain is that eventually, it will come for all of us. Just because she has decided not to take the pills on November 1 doesn’t make her a hypocrite; nor does it undermine the idea that we should all be able to die with dignity. Part of being able to face the end on our own terms is determining exactly when we do it — and if that time winds up being later rather than sooner based on how rapidly situations can change from day to day? Then so be it. If Maynard is still able to enjoy life with her family, her friends, and her loved ones, then that’s the only reason she needs to revise her plan. Even more generally, the only justification she needs for any decisions she makes is, “This is what I want to do.”

I think Maynard’s mother, Debbie, put the whole thing in the clearest terms possible: “It’s not my job to tell her how to live, and it’s not my job to tell her how to die,” she says in the latest video. “It’s my job to love her through it.” And she’s absolutely right. Ultimately, when she does or doesn’t choose to use the pills is Maynard’s decision, and Maynard’s decision alone. Are we really going to begrudge her those walks with her friends and her family, knowing that her time is already so limited? Are we going to trivialize the Death With Dignity movement because a previously chosen time no longer feels like the right one? I vote no. I vote we support her.

Maynard’s story is at once heartbreaking and inspiring: Heartbreaking because of her situation, but inspiring because of what she’s choosing to do with it. She’s finding the positive in a seemingly impossibly negative scenario — and if she decides she has a little more time to put that positivity to work, then that is absolutely her choice to make.

Watch the video below, and visit The Brittany Fund’s home on the web to find out more about efforts to expand the Death With Dignity Act.