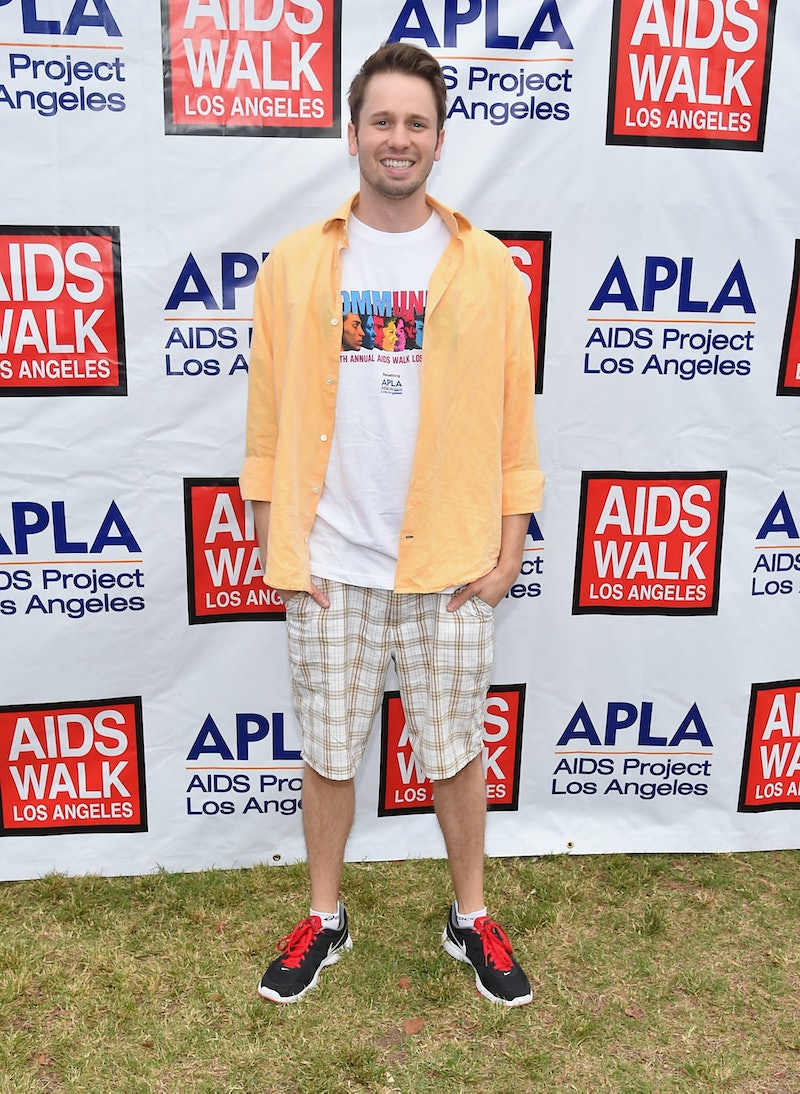 Tonight, CBS is set to premiere their new comedy series The McCarthys: A promising new sitcom which is set to follow a close-knit, sports-obsessed Boston family. Starring Rescue Me's Jack McGee, Roseanne's Laurie Metcalfe, and New Kids on the Block's Joey McIntyre, the sitcom isn't lacking in familiar faces — but its lead star is, perhaps, the most familiar of all. Tyler Ritter, son of late television star John Ritter, headlines The McCarthys as Ronny McCarthy, a 29-year-old openly gay man who is persuaded by his family not to leave Boston for an opportunity to move to Providence, Rhode Island, when his father hires him as an assistant basketball coach at the local high school.

While it's true we haven't seen much of Tyler until now, with the show premiering tonight, it seems pretty likely that we're going to be seeing a lot more of him very, very soon — so here are some fun facts to help get to know him from now:

He's not the only Ritter child who's gone into show business

As far as first roles go, that doesn't sound like a terrible one to nab.

I mean, if this clip from his recent appearance on The Real is any indication, Tyler can really bust a move:

In an interview with Philly.com , Tyler revealed how he's honoring his father with his foray into acting, saying:

In The McCarthys, Tyler plays a gay man, which has prompted comparisons to his dad's role as Jack in Three's Company - a straight guy pretending to be gay to his landlord in order to live with two girls. Tyler acknowledges the resemblance, saying, "It's a similar enough character, we're both kind of goofy. We trip every once in a while, whether it's physically, or over our words, or just socially. So there are enough similarities between Ronny and Jack."

He worked as a teacher in Argentina for 3 years, which is where he met his wife

According to an interview from the New York Post , Tyler spent about three years after college working as a teacher in Argentina, before meeting Argentinian director Lelia Parma. When the two married, Tyler moved back to LA with her to pursue a career in acting, which led to bit roles in Modern Family and Grey's Anatomy — until now. Commenting on his decision to go into showbiz, Tyler told the paper:

"Every child goes through that moment — where if they idolize their parents or their older siblings and they see those people loving their work and loving their lives in that sphere … [and] wonders if they could tap into that and still have their own identity."

Which brings us to The McCarthys! Considering the premiere is scheduled for tonight at 9:30 on CBS, I think it's safe to say that anticipation for the series — and Tyler Ritter's impending stardom — is definitely at an all time high.