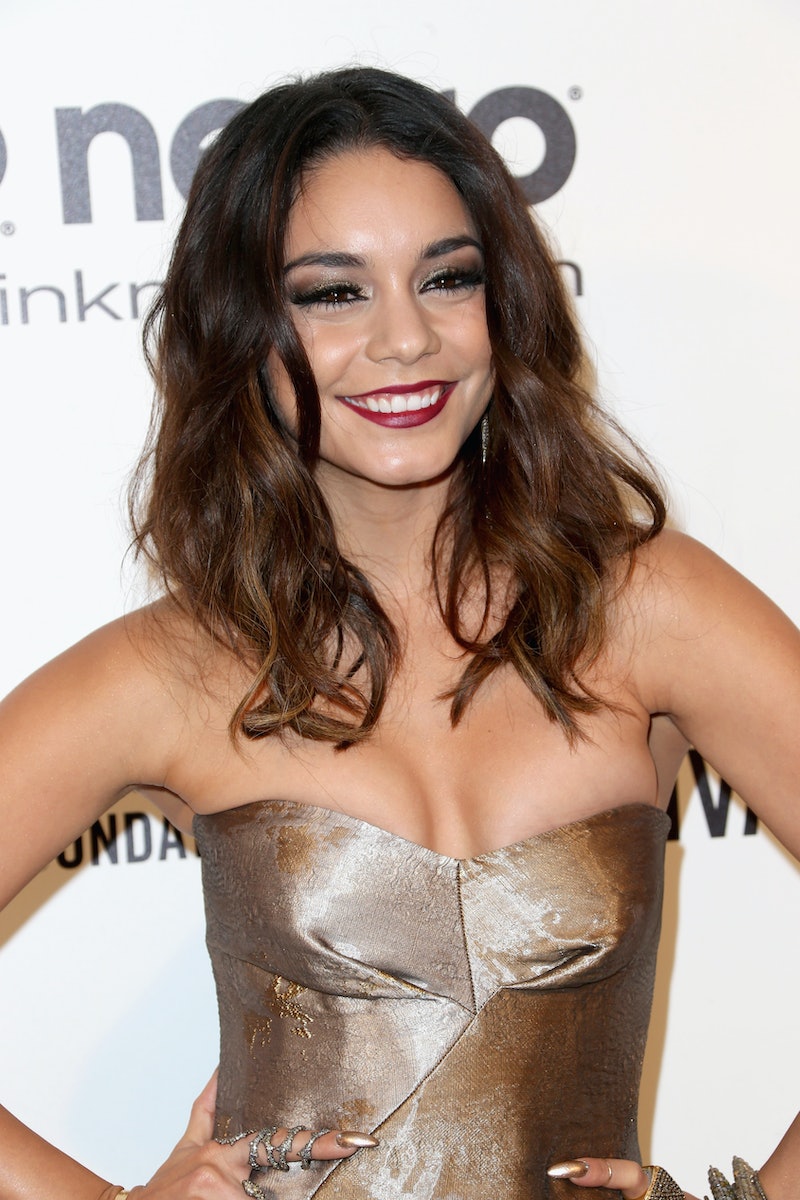 This booming "lob" (read: long bob) trend refuses be stopped. Infecting A-listers like Lauren Conrad, Taylor Swift, Jessica Simpson, and Reese Witherspoon, it seems that each new day another celebrity takes the leap to so called lob town. Apparently, fall is the official season for hair change-ups (I must have missed that memo). Well, yet another it-girl has jumped on the bandwagon. Recently, Vanessa Hudgens has been spotted with a lob as she runs around Paris. But rest assured, this is no ordinary shorter 'do. Being the ultimate hipster-chic, cool girl that she is, Hudgens incorporated dark red dip-dyed tips, taking this sort-of-tired style to the next level. Oh Vanessa, you're such a trendsetter.

The hair evolution of Vanessa Hudgens is one that's quite familiar to most of us since she dyes or chops it every other month. Just this summer she rocked both blue and blonde tresses before going bright red earlier this fall. But this short-yet-still-long, sleek look suits her like no other has before. The asymmetrical, collar-bone length of the cut is super flattering on her (look at those cheekbones!), definitely putting her ahead of the competition. Well done Vanessa, you go girl!