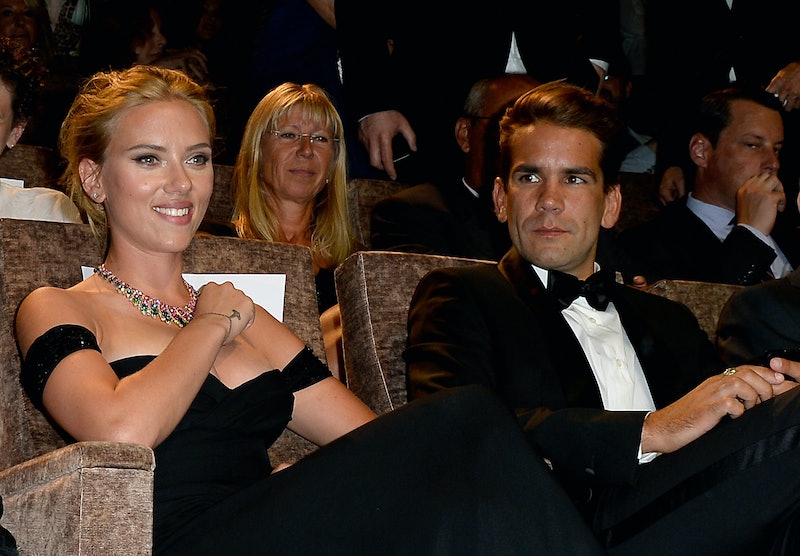 Today, the world is asking themselves a very important question: Just who is Scarlett Johansson's new fiancé, Romain Dauriac? Is he a French journalist? Creative agency manager? '80s rap fan? Tattoo enthusiast? QUESTIONS WE OBVIOUSLY NEED ANSWERED. So, in an effort to help everyone get to know Scar. Jo's main man, here's a little introductory course to Romain Dauriac:

I'm not one for theorizing about celeb's lives and assuming what they're like in real life based off the personas they give off in interviews, but everything we know about Scar. Jo seems to suggest that she's an extremely private person as well. She doesn't "get" social media, as she said in a recent interview with Marie Claire , so being with someone who's out of the limelight might be good. After all, her ex-husband, Ryan Reynolds, was an actor, and they were only married for a little over three years. Not much is known about Dauriac, granted, but it seems like a better match.

As previously reported, there's no date yet set for the wedding, but even if there was, it seems unlikely the press would know this early, since it took a month for anyone to even find out she was engaged.