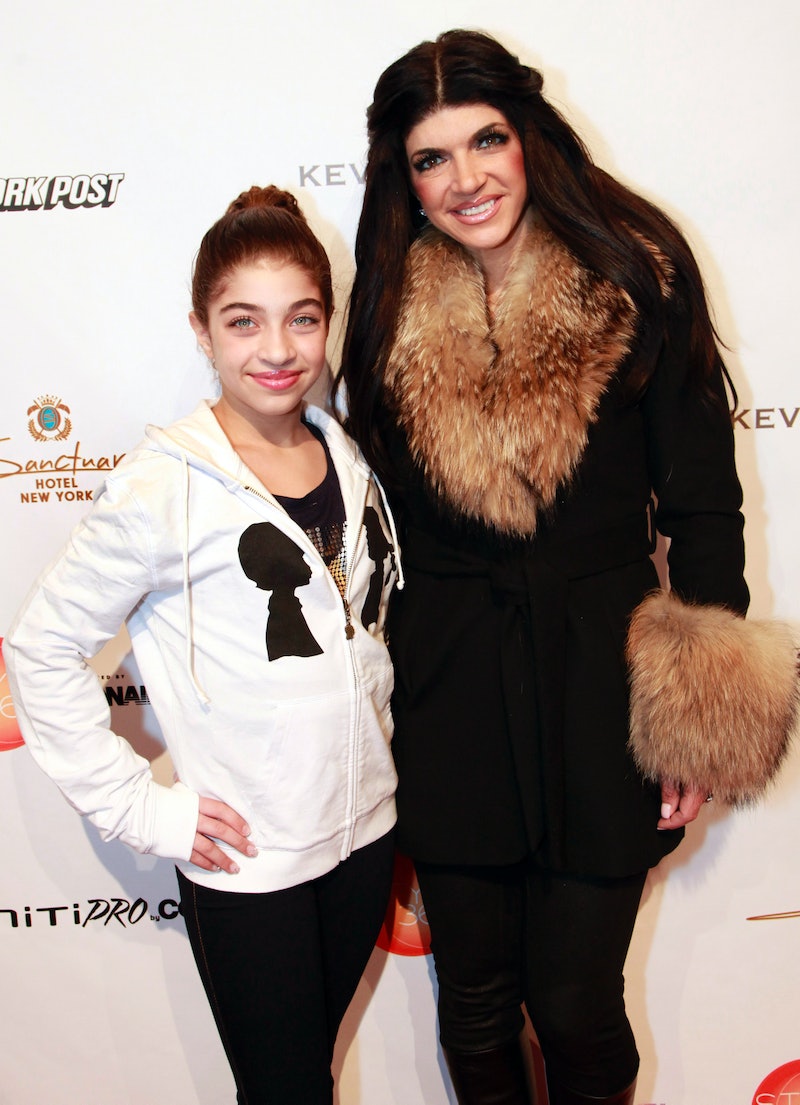 Were you aware that one of Teresa and Joe Giudice’s daughters is in a girl group? A singing, dancing, music video-making girl group? Up until this week, I was not aware of it. But I am aware of it now. And I am all about it. Real Housewives of New Jersey’s Gia Giudice is in a pop trio called 3KT. Oh, but that’s not all: 3KT covered “Circus”, aka one of the greatest Britney Spears songs of all time. And 3KT made a music video for their “Circus” cover.

How do I feel about this RHONJ/Britney Spears crossover? Um, pretty terrific. Elated, even. Big fan. For it combines two of my favorite things on the entire planet: Real Housewives and Godney Spears's music. What a time to be alive!

So, who bankrolled this thing? Ehhhh, there's some dispute over where the cash-o-la for the music video came from. According to RadarOnline, the Giudice matriarch spent $10k on her 13-year-old daughter's vid even though Joe—who was recently ordered to pay a hefty restitution—was not on board. However, according to E! News, it only cost $5k to make and the Giudices didn't pay for any of it. E! News' source says 3KT's management company dropped all of the dough.

Hm. OK, then. Here's my conclusion: Somebody paid an amount of money to make 3TK's "Circus" music video.

Enough talk about $$$. Let's get to the video. SPOILER ALERT: Milania Giudice has a cameo. And she crushes it. Because of course she does.