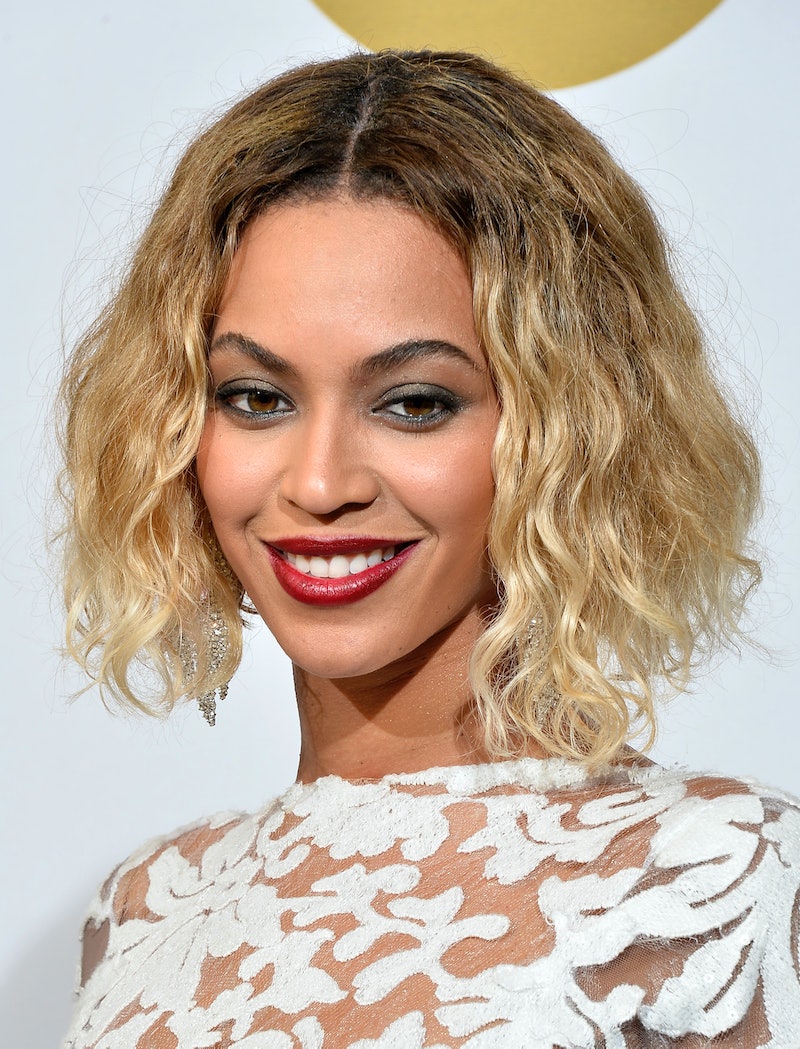 It's hard to believe it's been over a year since Beyonce released her top secret album in the dead of night, giving us all the best surprise ever, but it totally has. This must mean new music is on the way, right? Normally, I'd expect we still have a long wait ahead of us, but that might not be the case. If a leaked document from Columbia Records is to be believed, we're due another album on November 25 — and from the details on the memo, it sounds like the most amazing thing ever.

If this thing is real — and that's a big if at this point, since nothing has been confirmed and Beyonce's rep has yet to comment — it would be kind of a deluxe, expanded version of her last album, plus ten new songs and about a billion seriously impressive collabs. Justin Timberlake, Nicki Minaj, Frank Ocean, and Rihanna all made the cut. Even better? The physical album would come with four disks, including 28 music videos and DVDs that included footage from Bey's Mrs. Carter world tour and the On The Run tour she shared with Jay-Z.

Basically, if this is actually happening, I see no reason why anyone should ever have to listen to anything besides Beyonce ever again. There may even be partying in the streets.

But before we start getting too excited, I have to lay a little bit of reality on you: Chances are, this memo is really, really fake. First of all, would Beyonce ever agree to put all the details of an upcoming album release that hasn't even been announced yet in print? This is the woman who released a surprise album last year, ya'll. Nobody saw it coming, and nothing leaked, which is practically unheard of. This isn't her first rodeo. Also, it would be incredibly easy to create a document like the one that's been going around, which you can see here. Anyone with Microsoft Word and the ability to copy and paste documents from Google Images would be capable of creating it.

Don't think the thought hasn't entered my mind that this leak hasn't been intentionally planted by Bey's team, though. Make her upcoming album sound really amazing, get the public pumped about it... then announce an album that is ten times more incredible and run away with insane album sales — sounds like a pretty brilliant plan, right?

My only request is that if this new album is actually happening that the Justin Timberlake collab is real. Timberlake could collaborate with a tree and make a number one hit, but combined with Beyonce? Their powers would be unstoppable.